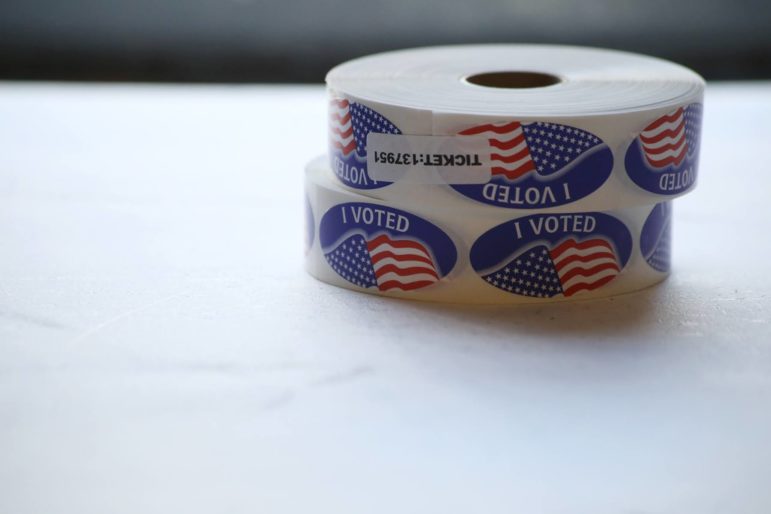 Hate groups helped storm the Capitol. These groups have been active in Pennsylvania.

Trump politicized mail-in voting in 2020, but it came to PA with strong Republican support

Election week was stressful in Pennsylvania. Will future elections look the same?

Pennsylvania was shoved into the spotlight of the week-long, real-life drama of an election unlike any other in modern history. Counties worked around the clock for days to tabulate a record number of mail-in ballots, and the nation waited to learn the fate of the commonwealth’s 20 electoral votes. Cable news viewers across the world became intimately familiar with local geography, such as the voting tendencies of Philadelphia’s “collar counties” and Erie’s status as a presidential bellwether. Lt. Gov. John Fetterman caught national attention for saying that President Donald Trump could “sue a ham sandwich” and that every vote would be counted despite Trump’s protests.

Is this our new normal? Every four years, will the country watch as Pennsylvania spends five days, or more, counting mail-in ballots?

President-elect Joe Biden’s victory hadn’t even been called before moderate Democrats –both at the state and federal level – began assigning blame to their progressive peers for tight margins in their own races.

Rep. Abigail Spanberger – a moderate freshman Congresswoman from Virginia – recently stated that her too-close-for-comfort margin of victory was a result of the rhetoric of the more left-leaning members of the Democratic caucus, which was followed by rebukes from progressive members like Rep. Alexandria Ocasio-Cortez.

“We need to not ever use the word ‘socialist’ or ‘socialism’ ever again...” Spanberger said on a heated, three-hour conference call with the Democratic House caucus. “We lost good members because of that.”

Spanberger’s concerns were later echoed by Western Pennsylvania Congressman Conor Lamb, who told The Washington Post: “Spanberger was talking about something many of us are feeling today: We pay the price for these unprofessional and unrealistic comments about a number of issues, whether it is about the police or shale gas.”

At least 10 congressional districts held by Democrats were flipped by Republicans, with more losses expected as four Democratic incumbents trail with votes still trickling in. But Democrats have managed to flip three Republican seats, giving Republicans a net gain of seven seats so far. Of those who lost or are behind, twelve are freshman members, elected as part of the historic “Blue Wave” in 2018. Others, like Lamb and Spanberger, just barely held on to their seats.

These losses followed a bitter 2020 primary cycle for Democrats, in which three House Democratic incumbents lost the party’s nomination to challengers supporting progressive proposals like Medicare for All and the Green New Deal.

Letters to Kamala: What the vice president-elect’s victory means to these Pittsburgh-area Black and Brown girls

I vividly remember the moment I first heard that Joe Biden had chosen Kamala Harris to run for vice president on his ticket. My mother excitedly told my sisters and me that Kamala Harris, a half Indian, half Black woman, could possibly be our future vice president. I was thrilled to hear the news. In the history of the United States, there has never been a woman as vice president, let alone a woman of color, and she is half Indian like me! I remember telling my friends who were also biracial, and we were all equally excited.

Allegheny County was one of two counties in Pennsylvania, along with Montgomery County where Democratic votes increased enough to give Biden a definitive win. Some of the biggest gains for Biden from 2016 were in suburban and rural precincts, some of which he still lost. Some of Trump’s biggest improvements were in primarily Black neighborhoods in the urban core, as well as in patches of the Mon Valley.

People danced and sang in the streets of Squirrel Hill with signs and flags. In South Side, people joined the “Every Voice Heard, Every Vote Counted” rally and later marched across the 10th Street Bridge to Downtown. Among them was Michele Feingold, who said she’s “ecstatic” about Biden’s victory. “We worked so hard to bring decency back to this country,” she said.

11:30 a.m., Nov.7: Joe Biden defeated President Donald Trump in the race for president of the United States after The Associated Press called Pennsylvania for Biden Saturday. Kamala Harris becomes the first Black woman and first person of South Asian descent elected as vice president. Allegheny County's latest tally played a pivotal role in Pennsylvania's 20 electoral college votes going to Biden. In its latest update the county reported adding 7,253 votes cast to its total, bringing the number to 702,315, of which 5,184 votes went for Biden and 1,893 votes for Trump. Below: the vote count that caused the AP and the networks to declare Joe Biden the winner.

Ever Trumpers? Some blue-collar towns in Allegheny County said yes to the Republican president, again

Beth Cadman was passing out literature for a Democrat on Tuesday, but voting for the Republican at the top of the ticket. “I just like the man and I think he has been very good with his decisions,” Cadman, an unemployed preschool aide, said of President Donald Trump. “He’s nobody’s puppet, and he’s doing it all on his own.”

She voiced her support for Trump while handing out cards for state Sen. Jim Brewster, a Democrat, to voters entering the Glassport Borough Building. The lifelong Glassport resident was not at all surprised that many of her neighbors in the traditionally Democratic town were darkening the Republican’s oval in the race for president. “I think it’s an old mill town, and [Trump] is for helping the people in the mills,” Cadman said.

Making it count: The Fight Back Table mobilizes to ensure that all Pennsylvania votes are tallied

Update (11/4/20): The Pittsburgh region’s first Count Every Vote action, in front of the City-County Building, Downtown, drew around 60 demonstrators who urged patience with the ongoing tallying of mail-in ballots amid continued threats to the process. A coalition of unions, community groups and faith-based organizations gathered around 4 p.m. on the Grant Street sidewalk as news broke that President Donald Trump’s campaign was asking for a temporary halt to ballot counting in Pennsylvania, and intervening in a court case regarding the state’s ability to count votes received after Tuesday. “It makes our message even more important, frankly,” said Sam Williamson, district leader of the Service Employees International Union 32BJ. “This will be the first time in America’s history when any party tried to intervene and tried to take millions of votes away from voters after they were legally cast. … It’s disgusting, it’s anti-democratic, but it’s what our president is about.”

Others took a less partisan approach.

Over the past four years, reporter Reid Frazier has been hosting a podcast called “Trump on Earth” to discuss the environmental policy changes pursued by President Donald Trump’s administration. We spoke to Frazier about the upcoming presidential election and what is at stake for environmental policy here in Southwestern Pennsylvania and across the broader region.

Why did only 50 voters sign up for PA’s accessible vote-by-mail system?

Pennsylvania has a new system in place to provide a more accessible vote-by-mail option for voters with visual disabilities. But according to the Pennsylvania Department of State [DOS], only 50 voters with disabilities had requested the use of OmniBallot as of Oct. 27.