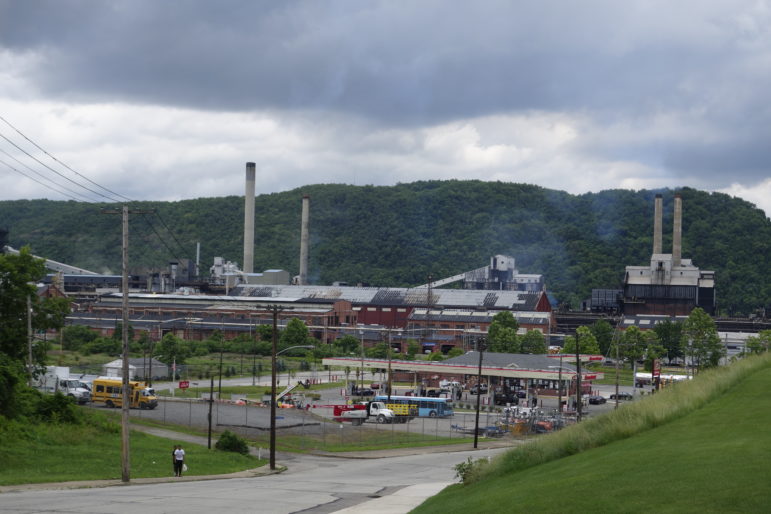 Allegheny County is drafting a rule that would require U.S. Steel to take action during high-pollution days

2020 in pictures: A journey through a year like no other in Pittsburgh

PFAS chemicals are ubiquitous. A Pitt scientist is working to protect you from thousands of types at once.

Which buildings in Pittsburgh emit the most greenhouse gases? See how they compare.

Pittsburgh’s biggest challenge to meeting its climate change goals is to reduce the greenhouse gas emissions from its buildings. Buildings in the city produce four times as many emissions as vehicles. The city’s most substantial effort to do something about it was released last month: It made public the energy use of the city’s largest buildings. The hope is that transparency will encourage building owners to invest in energy efficiency and renewable energy.

To that end, we are publishing a map of where these emissions are coming from to help readers understand, across the city, neighborhood-by-neighborhood, which buildings emit how much.

The biggest source of greenhouse gases by building type are the hospitals and universities that drive the city’s economy. But collectively the city’s many office buildings emit more.

People have strong opinions about any new bike lanes in Pittsburgh. But there’s a new piece of bike infrastructure coming to the city, called the Neighborway, that seems like it will be an easier sell.

The greenhouse gas emissions of Pittsburgh’s largest buildings are now public. The city hopes transparency will make them cleaner.

Those working in agriculture, a fragile business to start with, typically handle so many variables each year that are out of business owners’ hands. But 2020 has been a season full of more than the usual mix of uncertainty, one shaped by the economic and cultural impact of a pandemic few could have planned for.

As PWSA looks past the lead crisis, its new leader faces $1 billion in upgrades and rising water bills

PWSA is committed to replacing aging infrastructure, including lead service lines, to the tune of more than $1 billion over five years, a rapid increase in spending. This also means it’s begun raising rates and has proposed even more increases, even as the COVID-19 pandemic has left significant economic uncertainty in the region and required the authority to suspend water-shutoffs.

The Air Pollution Control Advisory Committee, appointed by the county executive, is the starting point for all local air quality rules in Allegheny County, including those setting emissions standards, reporting requirements and enforcement.

The Pittsburgh-area economy has slowly become less reliant on heavy industry since the steel collapse of the 1980s, but environmental advocates said Thursday that Southwestern Pennsylvania is at a “fulcrum point” in deciding what its future economy will look like.

Allegheny County’s bill to heat seven of its biggest buildings is expected to rise under a contract with Peoples Natural Gas, as the county prepares to abandon a cooperative Downtown steam system, following a contracting process that some officials now question.

For the first time in four years, the lead levels in Pittsburgh’s drinking water are compliant with federal standards.