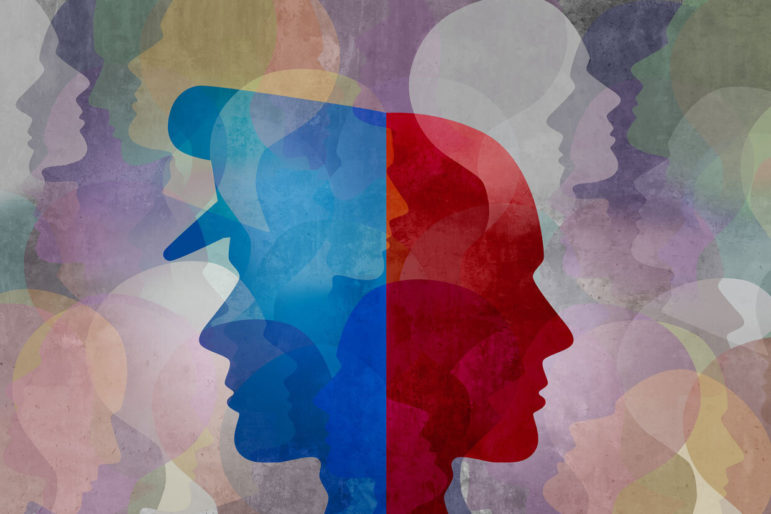 By First-person essay by Ada Perlman

For more than a decade in Pittsburgh, we lived the U.S. immigration nightmare. The pandemic sealed our move to Canada.

By By Ketaki Desai as told to Juliette Rihl

As a DACA recipient, barriers to a loan could derail my plans to join the field of public health during COVID-19

By First-person essay by Mariana Benitez

Four tips to follow when maskless people make you anxious, according to a trauma therapist

By First-person essay by Casey Swartz

COVID-19 is bringing about the end of touch as we know it, and touch has been my imperfect substitute for sight.

Disability justice is not just ramps and curb cuts; it spans health, education, the environment and more.

This year, the Americans with Disabilities Act and I, both, turn 30. The ADA is one of the pieces of legislation that provides a patchwork of civil rights protections for people with disabilities. Many of these disability civil rights laws, including the ADA, create an incomplete quilt of protections only enforceable through lawsuit. I want to live in a region, state and country where you don’t have to sue for basic rights. And, for me, it’s not just a political pursuit — it’s personal.

Transportation is independence. Accessible transportation makes it possible for individuals with disabilities to live independently in their communities.

We are experiencing a cultural reset, and we must include Deaf and Disability culture in our discussions of change

When needs for basic survival are met, and respect and decency for one another are shown, tragic situations with law enforcement are less likely to happen.

I lived for 7 years on an international student visa in Pittsburgh. Living in Trump’s America is scary and uncertain.

PRESENTE Pittsburgh Latino Magazine co-published this essay translated to Spanish. Read the Spanish version here. Compelling personal stories
told by the people living them. A couple of weeks ago all international students living in the United States learned that they would soon be required to leave the country. A rapid-fire succession of lawsuits and public outrage forced the Trump administration to back off from the order targeting international students whose universities moved classes online due to coronavirus concerns.

Since the passing of the Americans with Disabilities Act 30 years ago, technology has made tremendous advances that have significantly improved the lives of people with disabilities. The smartphone, a flourishing internet and now even autonomous vehicles are part of mainstream conversation. Technologies like these help people with disabilities, like my brother, Nick, do things every day that many of us take for granted.

Though the 1990 Americans with Disabilities Act made it illegal to discriminate against people with disabilities, there are still malevolent forces seeking to undermine the hard work activists have been doing for years to neutralize the venomous stigma of discrimination. We have a long way to go. Until then, I can tell you: It’s not easy being a Black man on the autism spectrum.

Academia’s narrow gates: People with disabilities should not be deterred from higher ed

When will the Americans with Disabilities Act evolve to the digital age?

I was 9 years old when the Americans with Disabilities Act [ADA] was passed in July 1990. It did not have an immediate impact on my life because, as a totally blind child, I already had access to a ‘free and appropriate’ public K-12 education through the Individuals with Disabilities Education Act, which was passed before the ADA, in 1973. But in 1998 when I went away to college, I counted on the ADA to allow me access to accommodations like exams in Braille and permission to have my brand-new guide dog come to class with me.

Stop the gatekeeping in Pittsburgh: Consider young people as full contributors to boards and elected posts

Two movements against police brutality — from Cairo to Pittsburgh

Compelling personal stories
told by the people living them. In the past few weeks of unprecedented — and sometimes unpredictable — protests fighting for Black lives and against police brutality, I have asked myself about similarities between this movement in the United States and Egypt’s 2011 revolution. I considered parallels between police-community relationships in both — having first moved to Pittsburgh in 2012 as an academic. I spent periods of time in my native Cairo between 2011 and 2016 while completing a seven-year project on Egypt’s counter-revolution. I participated in demonstrations now known as the infamous “Mohammed Mahmoud Street” protests of November 2011 and attended every day of the Michael Rosfeld trial in 2019 for the killing of Antwon Rose II, including the subsequent protests over police violence.

During Egypt’s 2011 revolution, the country experienced an overnight disappearance of police from residential streets and protest sites.