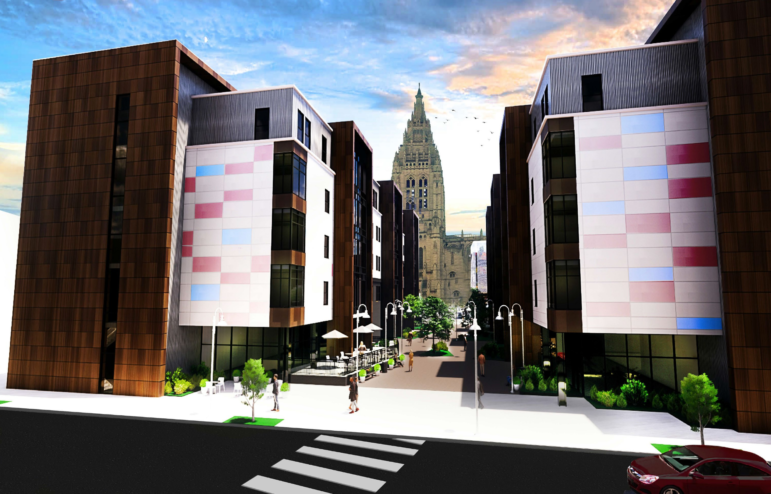 Developing affordable housing isn’t easy. The story of this Oakland complex shows what it takes.

Moving to high-resource neighborhoods can improve youth outcomes. What happens to families and communities when they leave?

After 45 minutes of discussion about future spending for the Housing Opportunity Fund, the fund’s advisory board and housing advocates reached a common conclusion: the fund could use more than $10 million a year.

Since 2011, the Pittsburgh housing authority has spent $58 million from its Section 8 housing voucher program on the construction of mixed-income housing developments. Those developments — such as Garfield Commons, Skyline Terrace in the Hill District and Cornerstone Village in Larimer — include market-rate and affordable units and are part of the authority’s long-term strategy to revitalize neighborhoods and stem the loss of affordable housing. But is construction coming at the expense of the agency’s hobbled Section 8 voucher program? As of Oct. 31, 8,684 families were waiting for housing vouchers.

‘We deserve it’: Larimer residents reflect on the neighborhood’s history and the long fight for redevelopment

The June 2014 grant award was a game-changer for Larimer. Groups like the Kingsley Association and the Larimer Consensus Group could help with “low-hanging fruit,” like helping residents keep their utility bills down, but group chair Donna Jackson said the main need was quality housing, and the community lacked resources to build it.

Following a national search announced in July, Greg Flisram has been selected to helm the Urban Redevelopment Authority of Pittsburgh.

Pittsburgh looks for neighborhood-focused sustainability and solutions at EcoDistricts Summit

Mayor Bill Peduto on Monday laid out Pittsburgh’s aspirations to be a leader in embracing ideas of equity, resilience and climate protection.

When Seth Davis moved to Dormont in 2011, he was drawn by the affordability of the community and the accessibility of public transit. T stations in the South Hills suburb mean a short ride into Pittsburgh, and the community also has a walkable commercial strip with sidewalks on every street. In his view, a progressive development plan for the Dormont Junction T station could give the borough even more of what he already likes. What’s now a park-and-ride lot owned by the Port Authority of Allegheny County could be transformed into a mixed-use development with retail, office space and apartments spread across four buildings. The Port Authority hopes the project will boost ridership and increase revenue, all while adding $3.5 million in station improvements and developing one of the few remaining plots of open land in Dormont.

For municipalities in Western Pennsylvania, the question isn’t whether to ban fracking — a power they don’t have — but rather how to regulate it and reduce unwanted impacts on residents.

As Pittsburghers move to the Monongahela River Valley for affordable rents, transit activists describe the need for more robust options to help them stay connected to neighbors and services in their old communities.

As area median income rises, what is the impact for residents seeking affordable housing?

Known as area median income [AMI], the benchmark is revised each year by the U.S. Department of Housing and Urban Development. AMI is the midpoint of all the incomes in the region — if all of the household incomes in the county are listed from least to greatest, the AMI would be the value in the middle of that list.