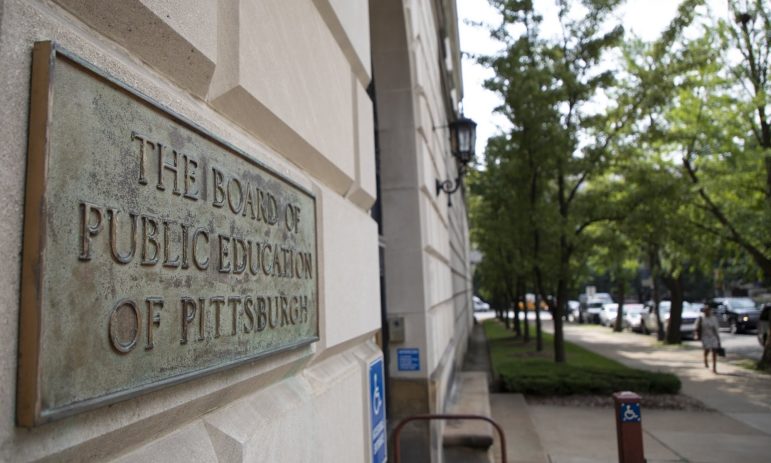 Most Pittsburgh Public students will stay online until 2021. Here are main takeaways from the Oct. school board meetings.

‘It only takes one person’: University of Pittsburgh library workers worry about health as COVID-19 cases rise

‘The cameras are always on’: Student surveillance and privacy protection in the age of e-learning

This study hopes to follow Pittsburgh-area children for two decades. How has COVID-19 changed the plan?

When the COVID-19 pandemic arrived in the United States in March, the widespread shutdowns that followed brought research on seemingly everything but a vaccine to a grinding halt. Limitations on in-person interactions meant that interventions, group meetings, and other basic methods for assessing psychological and behavioral research were no longer possible. So the Pittsburgh Study, which was set to officially launch in 2020, had to change plans. In this community-partnered intervention study, researchers plan to follow children in the region from birth to adulthood, putting a microscope on the relationships and resources that influence social outcomes. The study will involve over 20,000 children in a two-decade-long look at factors that contribute to childrens’ physical and mental health and educational outcomes. The several different initiatives will focus on infant mortality, childhood obesity, youth violence, and asthma prevalence, among others.

Due to the pandemic, students at Woodland Hills are partially in school for in-person instruction, but Superintendent James Harris describes the positive change he’s seen since they started reducing, and finally eliminating police from school. Harris spoke with PublicSource to discuss how the atmosphere has changed and how this idea can be considered in other districts.

Pittsburgh’s nonprofit newsroom PublicSource and the national Open Campus network are partnering to ensure a watchful eye remains on higher education in Southwestern Pennsylvania when it matters the most. The coronavirus pandemic is derailing students’ education plans, imperiling their health, safety and employment prospects. The uncertainties created by the pandemic have also put pressure on higher-ed institutions, from how students and employees return to campus to how colleges and universities respond to their fluctuating finances. At the same time, the region will be looking to its colleges to help it recover. As new challenges arise, PublicSource and Open Campus recognize the Pittsburgh region needs a dedicated higher-ed reporter.

Tech struggles and silver linings: The first week back to school for Pittsburgh Public

Back-to-school traditions were upended for many students as they returned to school this year: no long-awaited hugs from sunburned friends, no hallway time to catch up about their summer adventures and no in-person icebreakers to make connections with teachers.

Pittsburgh Public delayed to meet student tech needs, but still may not

Pittsburgh Public Schools said at a Tuesday board meeting it found nearly 2,500 students still lacked devices for remote learning, according to a survey being circulated by homeroom teachers. Despite the week delay, students may continue to go without technology when classes start if the deliveries don't arrive before next week.

Will Pittsburgh Public Schools delay again? 8 answers to your most pressing delay questions

Many Pittsburgh Public Schools [PPS] parents were stunned when a Saturday evening robocall alerted them that school would be postponed a week due to “unexpected delays” in receiving technology needed for every student to access e-learning. Questions flooded the district’s Facebook page, with parents and students inquiring about how the district made its decision and what will come next for students and teachers.

Related: Pittsburgh Public delayed to meet student tech needs, but still may notWhether the demand for computers is going to be met is still in question. The district remains optimistic. But the school year will start either way. PublicSource asked district spokeswoman Ebony Pugh some of the most pressing questions and added information addressed at Tuesday and Wednesday PPS board meetings.

Pittsburgh Public Schools announced Saturday night that students’ start date will be pushed back until Tuesday, Sept. 8, due to delays in the arrival of technological devices needed for e-learning.

School was set to start Monday, Aug. 31, with all students participating in e-learning for the first nine weeks. In a press release, PPS said the decision was “due to unexpected delays caused by continued technology supply chain shortages across the country.”

“Up to 7,000 devices are expected to arrive by the end of next week to fulfill outstanding need,” the release said.

The district is providing computers to all students who do not have access to one at home. Distribution will be announced as devices arrive.

As the fall approaches and the 23,000 PPS students go back to school online, some parents of children with mental health needs are worried they may not receive the attention and assistance they require because of the virtual environment.

As Pittsburgh Public enters an unprecedented era following the COVID-19 pandemic, Superintendent Anthony Hamlet was chosen to continue to lead the district through 2025.