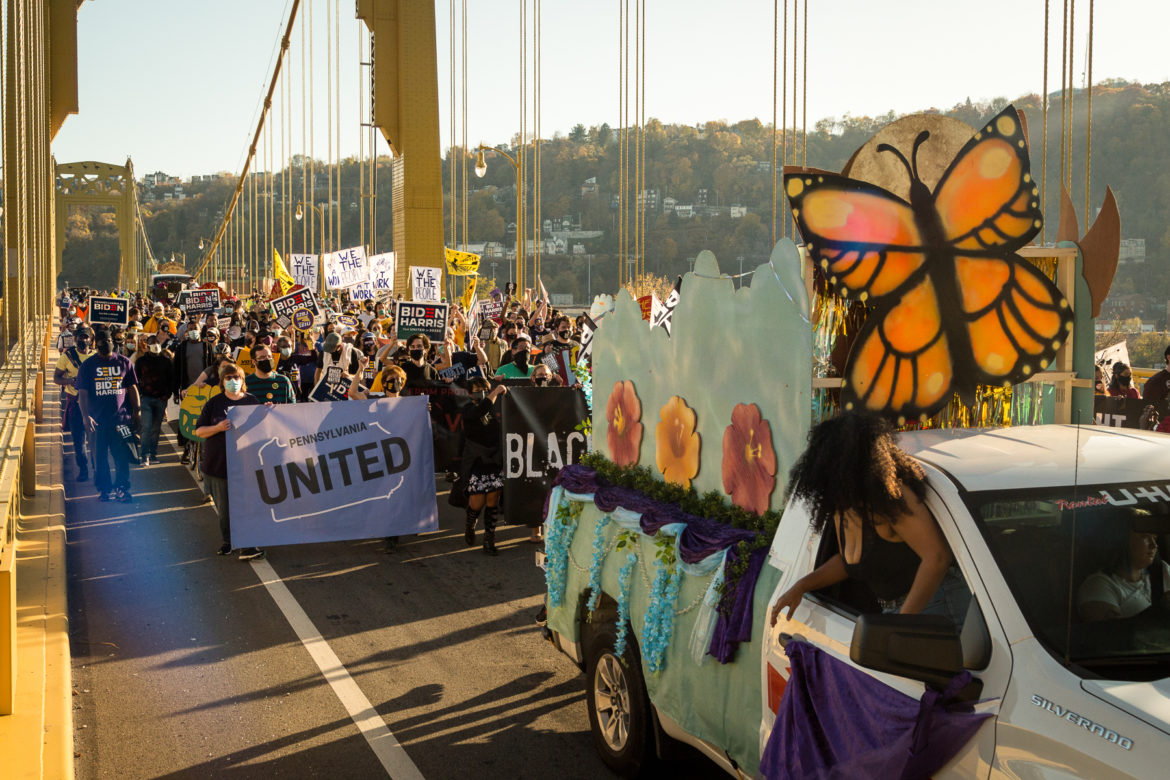 Hundreds of people marched and danced in the streets of Pittsburgh on Saturday following the news that Pennsylvania had delivered Joe Biden's victory in the presidential race against President Donald Trump.

People danced and sang in the streets of Squirrel Hill with signs and flags. In South Side, people joined the “Every Voice Heard, Every Vote Counted” rally and later marched across the 10th Street Bridge to Downtown. Among them was Michele Feingold, who said she’s “ecstatic” about Biden’s victory. “We worked so hard to bring decency back to this country,” she said.

Some people brought their kids to celebrate and mark the historic half of the 2020 winning ticket - Sen. Kamala Harris who made history by becoming the first Black woman and first Asian American to become vice president-elect. Marva Carter, a SEIU 32BJ representative, was holding her two-month-old granddaughter Madge’sti Smith, as she listened to speakers addressing rally-goers Saturday afternoon.

Amanda Anstett said she was “very happy” Biden won the presidency, but added that “we have a lot of work to do still.”

Below are some of the scenes photojournalists Ryan Loew, Jay Manning and Nick Childers captured on Saturday. 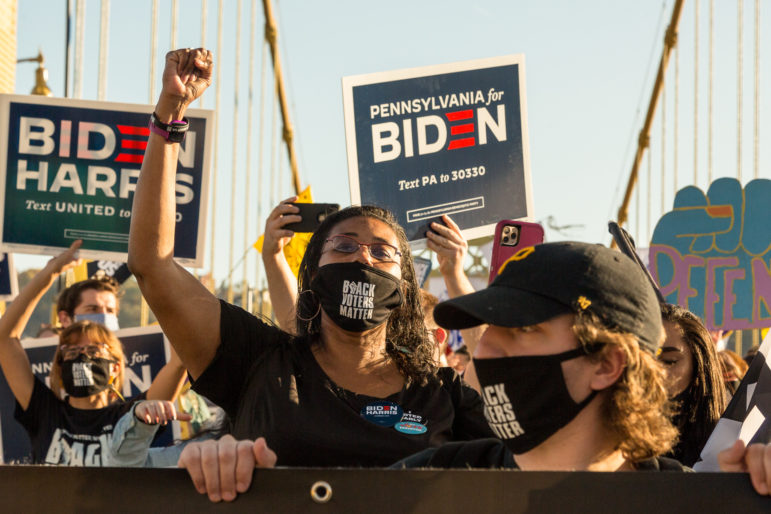 Crowds march across the 10 Street Bridge in celebration of Joe Biden's victory. (Photo by Nick Childers/PublicSource) 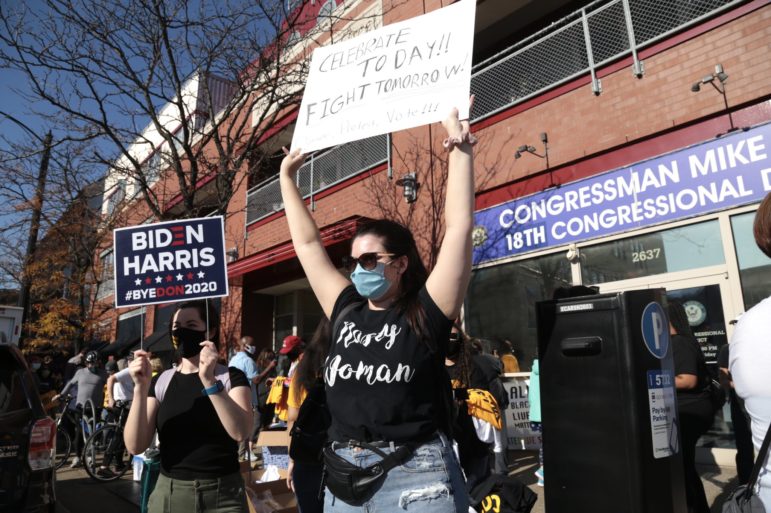 Amanda Anstett, center, standing with a sign in South Side (Photo by Ryan Loew/PublicSource) 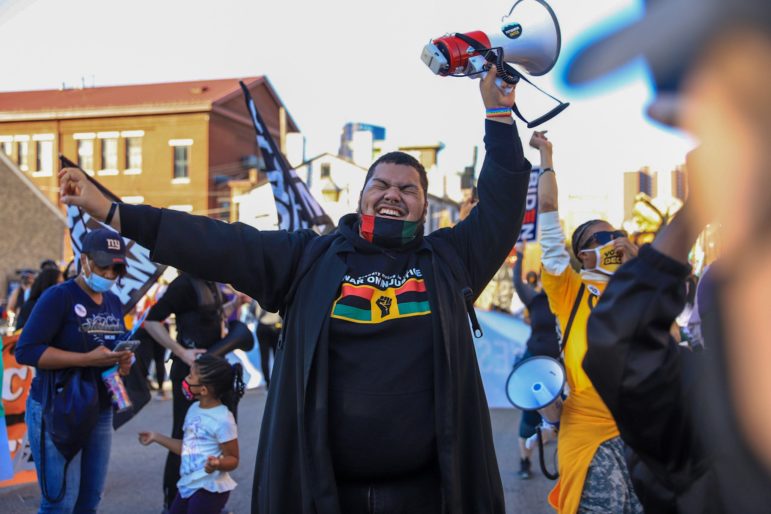 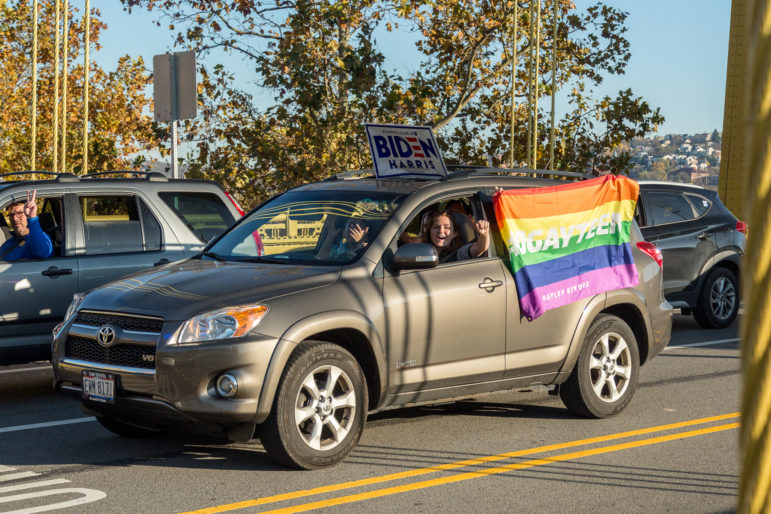 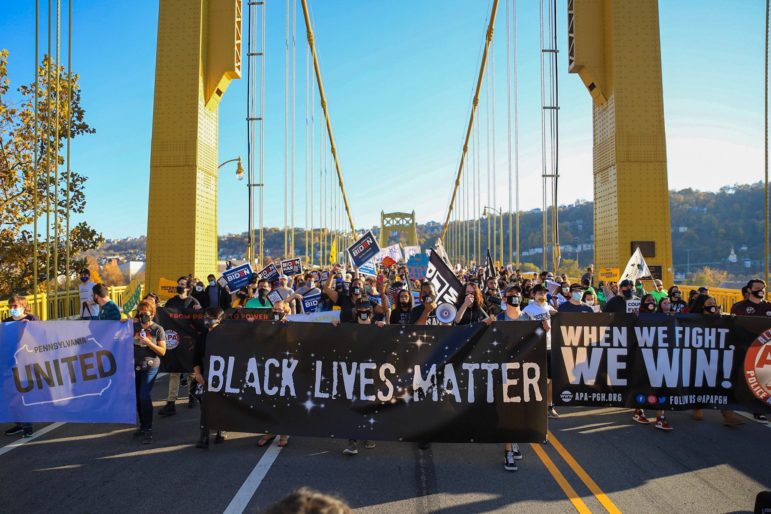 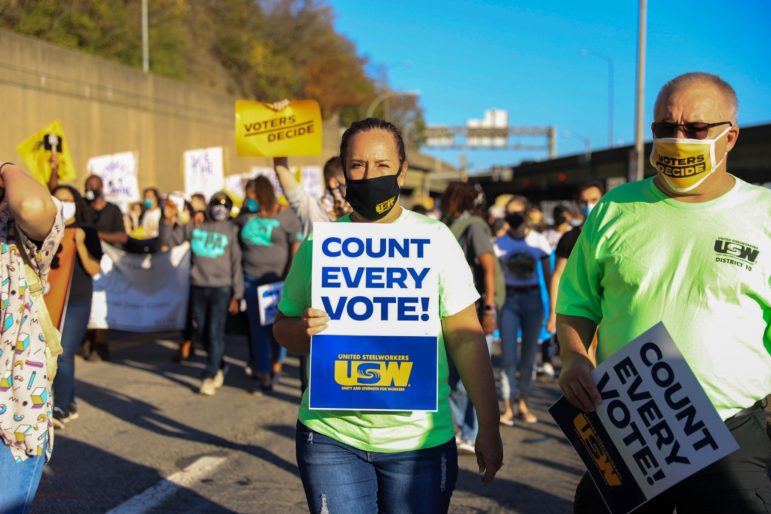 March participants head from South Side to Downtown. (Photo by Jay Manning/PublicSource) 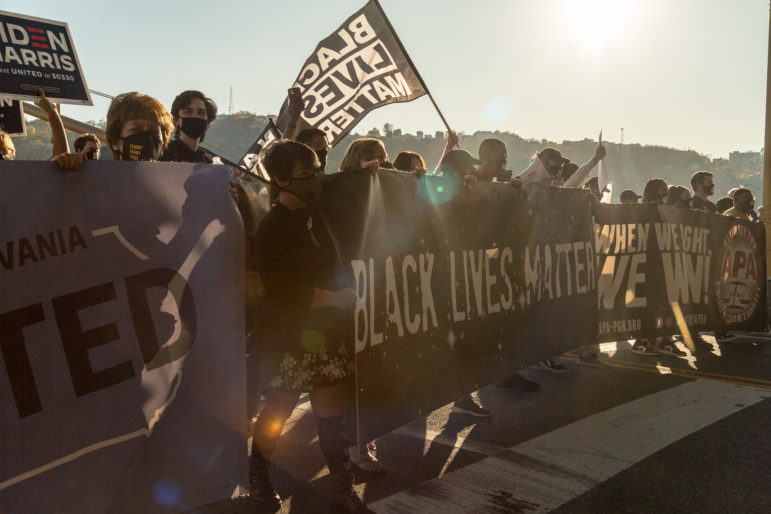 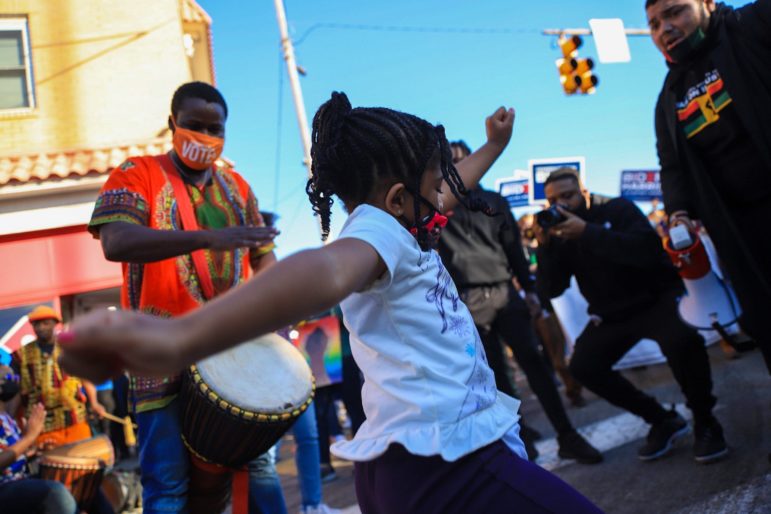 People celebrate and dance on the corner of Carson and 10th Street for the “Count On Us” rally and march. (Photo by Jay Manning/PublicSource) 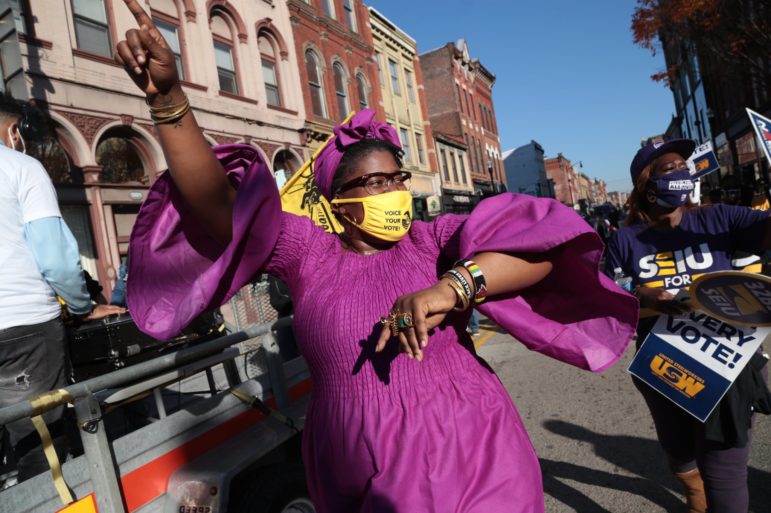 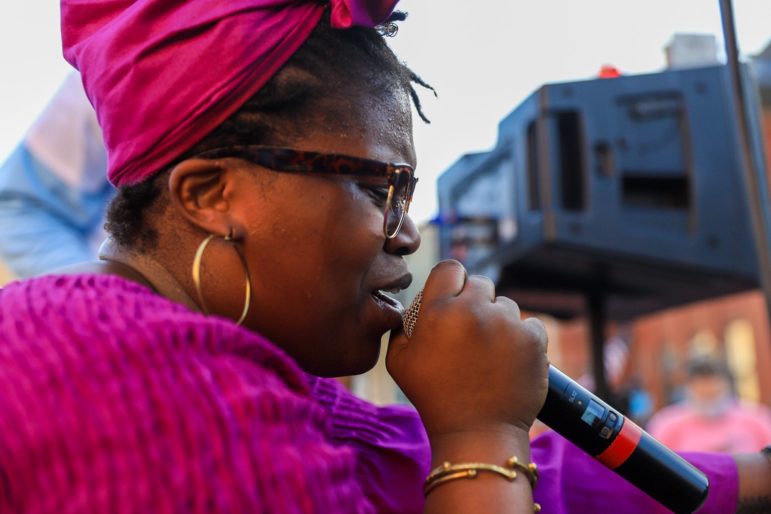 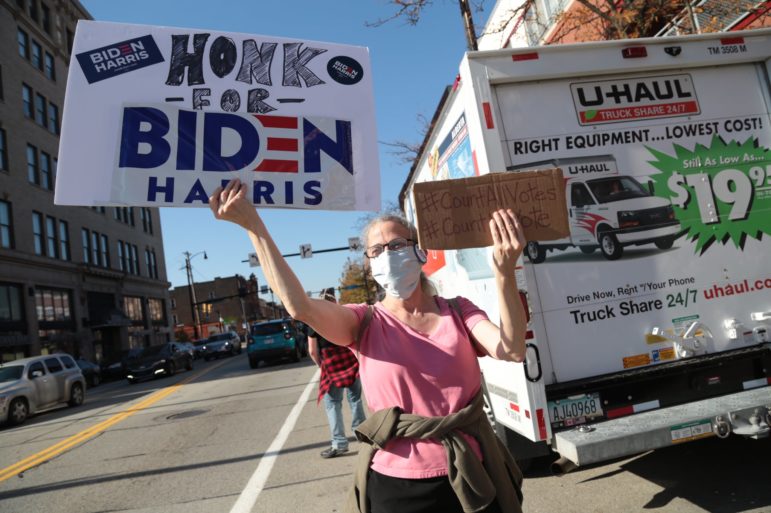 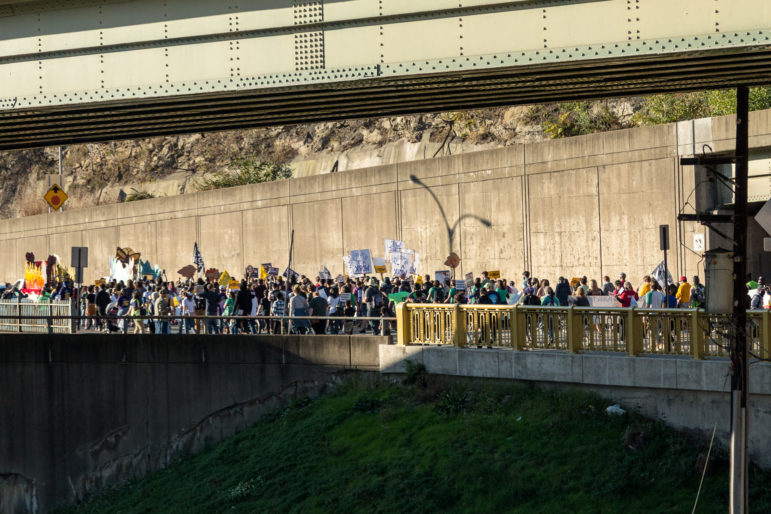 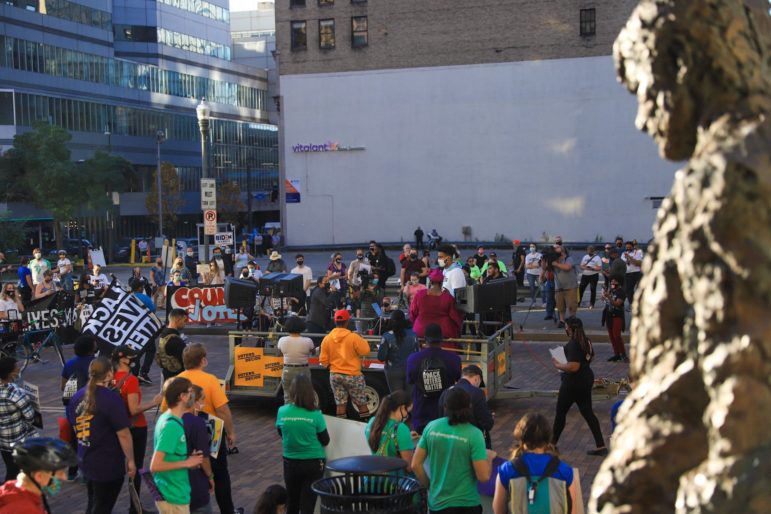 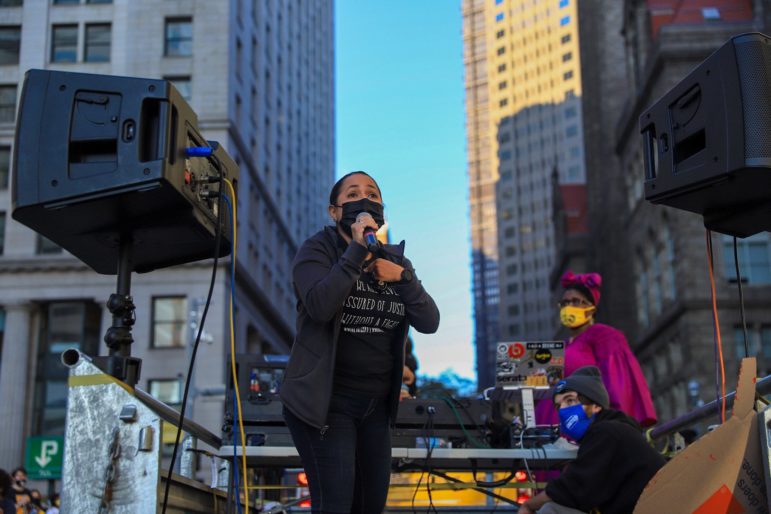 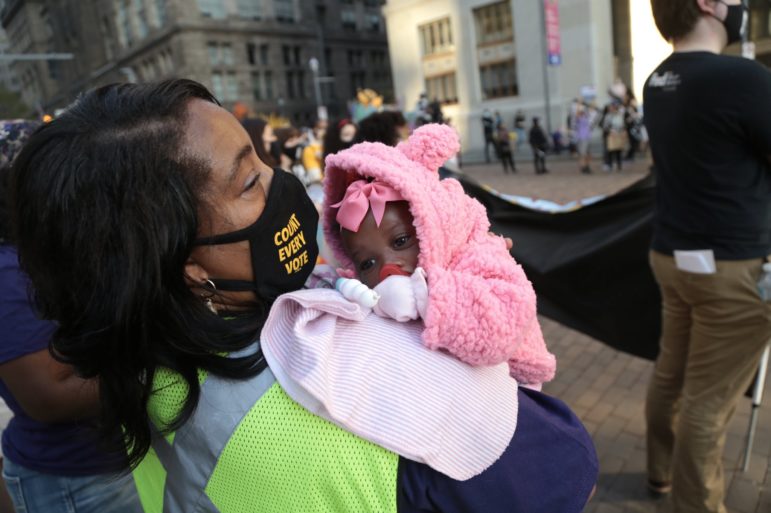