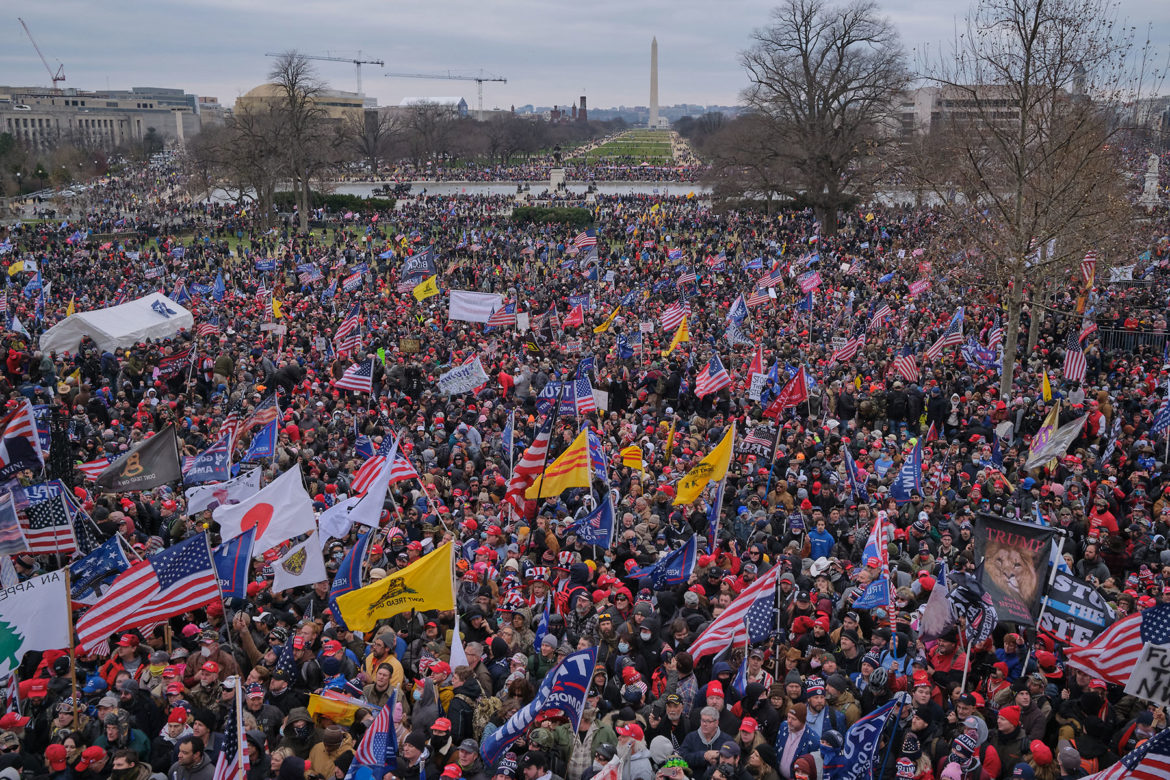 The mob of Trump supporters that stormed the Capitol included members of known hate groups. (Quinn Glabicki for PublicSource)

Editor’s note: This guide includes hate group symbols and related information that are disturbing and offensive.

On Jan. 6, rioters stormed the U.S. Capitol to interfere with the presidential election won by Joe Biden. The attack on democracy was striking for countless reasons — chief among them the presence of white supremacist imagery, such as bigoted references to the Holocaust.

Several members of hate groups participated in the riot, including the Proud Boys, a violent white supremacist group that has gained traction in the last few years.

While the insurrection in Washington, D.C., may feel distant, Pittsburgh-area residents should take note. The FBI declared Pittsburgh a “hub” for white supremacy and other extremist groups in November, a characterization some said came far too late. And, leading up to the Jan. 20 inauguration, the anti-disinformation organization Alethea Group identified Pittsburgh as a possible location for unrest. (The FBI has since responded that it has investigated the region and discovered no threats.)

In August 2018, PublicSource published a guide to hate groups operating in Pennsylvania.

In October 2018, Pittsburgh became the center of the deadliest anti-Semitic attack in U.S. history. The white gunman who carried out the attack at the Tree of Life synagogue in Squirrel Hill was active on Gab, a social media platform popular with neo-Nazis and other extremists.

The landscape of hate groups continues to change, so amid widespread discord, PublicSource has produced a new, updated guide to the more than 30 hate groups identified as active in 2019 in Pennsylvania by the Southern Poverty Law Center [SPLC]. Some groups listed in the original 2018 PublicSource guide were no longer considered active by the SPLC in 2019 such as the American Guard, Aryan Strikeforce and Crew 38. The listing is not exclusive to white supremacist groups and includes groups that are anti-LGBTQ and affiliated with Black separatism.

A notable exclusion in the SPLC’s Pennsylvania Hate Map is QAnon, a discredited conspiracy theory group with hateful elements crucial to understanding incidents like the storming of the Capitol Building. The SPLC does not consider it to be an “organized group with defined leadership,” though the FBI has declared QAnon a “domestic-terrorism threat.”

The central claim of QAnon is that Donald Trump is secretly defending the country against a satanic cabal of pedophiles. But the fringe group also encompasses a range of conspiracy theories about topics like the safety of the COVID-19 vaccines.

Hate groups active in Pennsylvania in 2019, according to the SPLC: