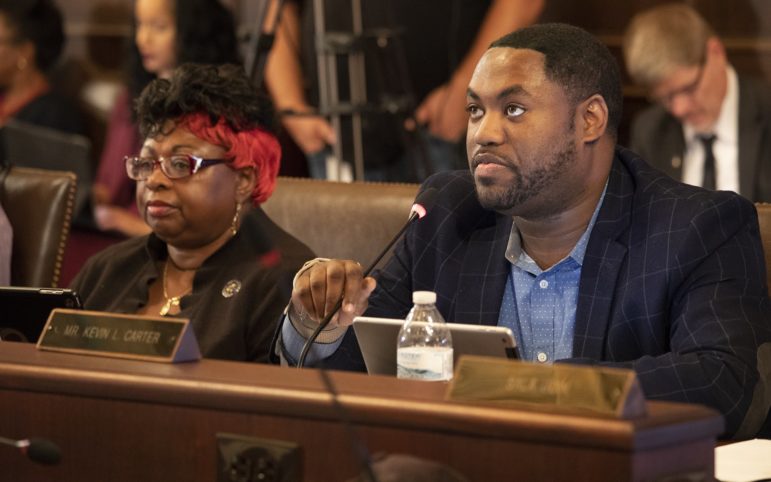 The Pittsburgh region and PA offered Amazon up to $6.7B in incentives. Here’s how the bid for HQ2 breaks down.

Pennsylvania offered up to $4.6 billion in attempt to land Amazon HQ2

How much of Pittsburgh’s failed Amazon HQ2 bid will the public see?

A county judge ruled that Pittsburgh’s Amazon HQ2 bid should be released. The city and county plan to appeal.

Pittsburgh Public Schools played a role in the city’s Amazon HQ2 bid. Here’s what we know.

“You have sufficient information. I can't tell you anything,” Anthony Hamlet, superintendent of Pittsburgh Public Schools, said.

Amazon collected 238 HQ2 bids. What happens to those bids now?

Amazon has an unprecedented amount of data about Pittsburgh and 237 other cities and metro areas. What will it do with it? While Amazon is not transparent about its intentions, some experts are wondering how the retail giant is going to leverage the information it obtained.

Pittsburgh is no longer a smoky city, but that doesn’t mean it has cleaned up its act

This is the paradox of Pittsburgh’s current environmental identity: The city is claiming the role of environmental leader but still touts its success relative to its dirty past.

Who owns Pittsburgh’s bid to host Amazon HQ2? The answer to this question appears to be a critical point in determining if the public has the right to see what the city and Allegheny County have offered to Amazon to lure its second headquarters to Pittsburgh. On the stand in the Allegheny County Court of Common Pleas on Thursday, CEO of the Allegheny Conference on Community Development Stefani Pashman testified that PGHQ2, a private subsidiary of the conference, owns the bid and merely shared copies of it with the city and county. City and county lawyers argued before Judge Terrence W. O’Brien that the city and county do not own the bid, which means the governments can’t be compelled to release it and that they don’t have the right to anyway. “They own the proposal, it’s their proposal,” said George Janocsko, a solicitor with the county law department, during arguments on behalf of the government Thursday.

Amazon’s ripple effects: Six things that might happen if Pittsburgh gets HQ2

PublicSource spoke to more than a dozen local and national experts and public officials to gauge what kind of impact Amazon might have on Pittsburgh’s housing, job market, tech sector, education system and local governments. Here are six things that are likely to happen were Pittsburgh to become the HQ2 city.

Gov. Tom Wolf’s administration carefully orchestrated how the state would maintain a competitive edge as it helped Pittsburgh, Philadelphia and other entities vie to be the home for Amazon’s second headquarters. Keeping the details of the incentive package close to the vest was chief among the priorities to ensure bids coming out of Pennsylvania had an advantage. Non-disclosure agreements were signed in early to mid-October, before a bid was ever submitted to Amazon. And Wolf’s officers wrote in a clause, reserving the right to keep information about the state’s quest for HQ2 under wraps for up to five years. The governor’s office is fighting in court to not release information about incentives the state offered to Amazon.

A community activist group announced Thursday that it filed an amicus brief on behalf of several news organizations, including PublicSource, that are fighting in court to make Pittsburgh’s Amazon HQ2 bid and related documents public. The American Civil Liberties Union in Pennsylvania, among other groups, has signed onto the amicus brief. ACLU Legal Director Vic Walczak said on Thursday to about a dozen people gathered in front of the City-County Building Downtown that Amazon would cause “an earthquake of unprecedented magnitude for this region.” He said everything from housing to the local economy to local politics would be affected. “No person will be unaffected, and you're going to have issues of fairness and justice abound everywhere,” he said. “Under those circumstances, it’s absolutely essential that the government activity that can lead to this earthquake must be made public.”

The protesters in attendance called on Pittsburgh Mayor Bill Peduto and Allegheny County Executive Rich Fitzgerald to release details of what the city offered the online retail giant to lure it to Pittsburgh.

It was the first direct action related to Pittsburgh’s bid to Amazon, and organizers said it was the beginning of a broader campaign to push local leaders to make the city’s process of economic development more equitable and transparent.

Hazelwood holds the largest “redevelopment opportunity” in Pittsburgh. How talk of Amazon and change is affecting residents.

The 178 acres called Hazelwood Green create both promise and anxiety for its neighbors.

When Amazon announced it was looking for a home for its second headquarters, the corporation included a wish list. Their desires included a city with diversity and with great universities churning out talented graduates who could be the next generation of Amazon employees. At a forum on the University of Pittsburgh’s campus Wednesday, concerns were raised about how Amazon and some of the variables on its wish list could coexist. Could graduate students afford to live in a Pittsburgh with Amazon-inflated rents? Would a city that already has a diversity problem be helped or harmed by a corporation whose leadership is dominated by white men?