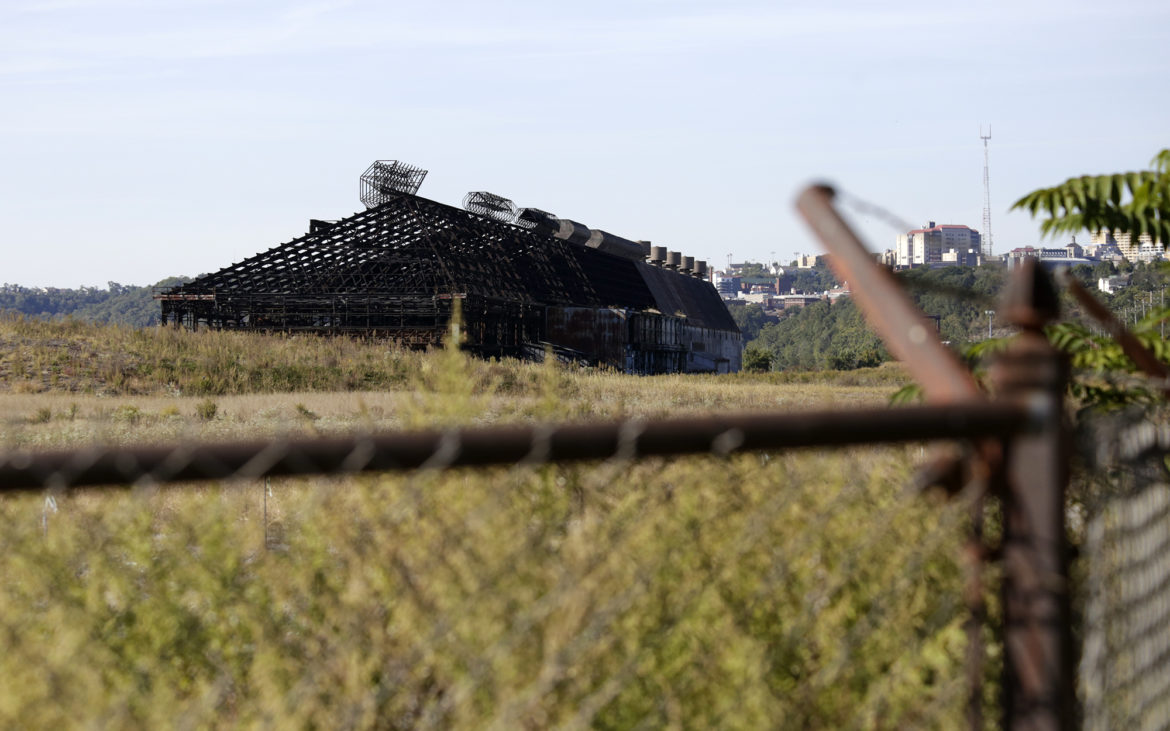 When Amazon announced last year that it would be building a second headquarters, 238 cities, counties and metro areas scrambled to pitch themselves to the online retail giant.

In the process, Amazon collected detailed information on each region that sent in a bid — everything from available land to the quality of local schools to how long commute times are.

“It's a ton of data,” Pittsburgh Mayor Bill Peduto said.

After the hype dies down and Amazon chooses its HQ2 city, what happens to all those bids? One expert thinks Amazon will try to monetize all of the data it’s collected.

Amazon itself hasn’t indicated what it will do with the bids (its PR team didn’t reply to two emails, requesting comment). But several cities that sent in bids said the process could bolster economic development in their regions. Some are using their bids as a “playbook” for future development. Others are sending whole sections of their bid to other companies in hopes of attracting them.

Peduto has said on multiple occasions that he’ll make Pittsburgh’s bid public once Amazon has chosen its HQ2 city; for now, the city, Allegheny County and state officials are fighting in court to keep the bid secret. Once the bid is public, the mayor predicted that economic development boosters could use it as a way to bring new business to Pittsburgh.

“Our information will be made public, so it will be an open platform for anybody that would want to use it in that way,” he said at a press event earlier this month. “I'd assume the other cities would do the same thing.” Peduto added that companies looking to expand or relocate could use information in the bid if they’re considering Pittsburgh. 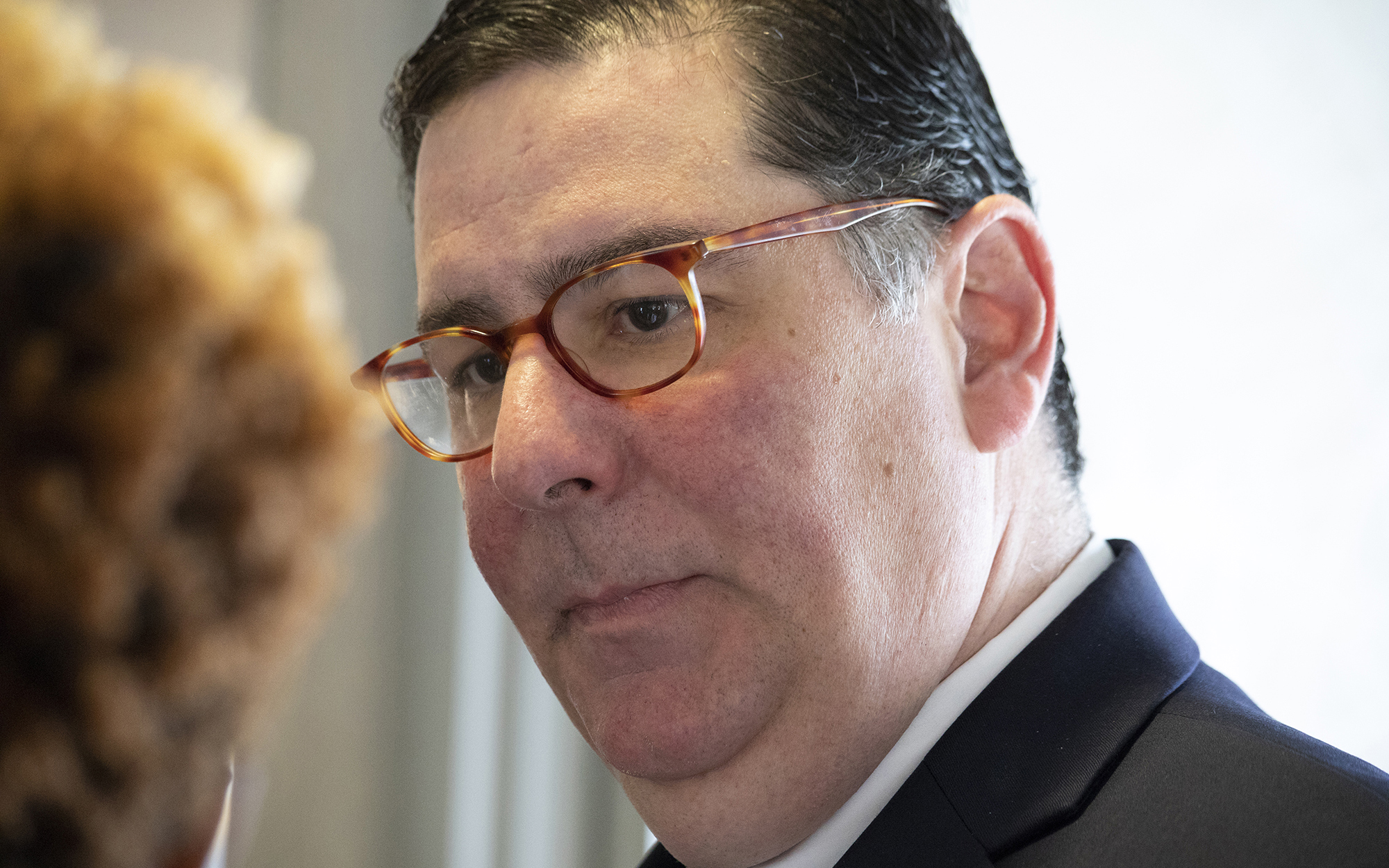 Mayor Bill Peduto, pictured here on July 18 at a Pittsburgh Archways To Opportunity Youth Education Kick-Off event, has said repeatedly that he'll release the city's Amazon bid once the company makes its final choice for HQ2. (Photo by Kat Procyk/PublicSource)

Other cities that applied for HQ2 say the bidding process was an exercise in regional collaboration that they want to replicate, whether they made the finalist list or not. Private and public stakeholders worked together to brand each city as a business-friendly place for Amazon. These cities believe that branding could appeal to other companies, too.

Philadelphia, for example, began creating a citywide branding strategy last summer. City officials and other stakeholders held focus groups to develop talking points for the new brand, but set that work aside when Amazon announced on Sept. 7 that it was accepting HQ2 bids. According to Sylvie Gallier Howard, the City of Philadelphia’s first deputy commerce director, Amazon’s announcement caused the city to scramble. Because the branding work hadn’t been completed, Philadelphia didn’t have as much promotional or video material as other cities did, she said.

“We honestly were kind of like, 'Oh shit, we don't really have much,’ and had to gather stuff quickly and put it together,” she said. “But that also catapulted the process for us in terms of getting out there and figuring out how to do this in a really productive and collaborative way.”

As Philadelphia (a fellow finalist with Pittsburgh and 18 other cities) waits on Amazon to make a decision, the city is repurposing its HQ2 bid. They recently duplicated the website they built for the bid and launched it after a thorough “de-Amazon-ifying.” The original HQ2 website, public.philadelphiadelivers.com, is still live and hosts parts of the city’s bid. A new website, philadelphiadelivers.com, contains a lot of the same material; however, it is less tech-focused and doesn’t have any references to Amazon. The company’s contest spurred the city to join with local stakeholders and remake its branding, Gallier Howard said.

“Amazon kind of coalesced that group very quickly around a common goal, and we're now moving forward with a long-term strategy for a brand,” she said.

You can read Philadelphia's bid here.

“We take the language out of our universities section and use it in other proposals,” Jamboretz said. “We use that actual verbiage in our other proposals.” She added that St. Louis’ mayor and members of the partnership cite parts of the bid in conversations with the business community.

Buffalo, New York, has also used its bid as a basis to brand its region — it submitted a joint bid to Amazon with Rochester, New York, which is about 80 miles east. Buffalo and Rochester have continued to work together on economic development, said Thomas Kucharski, president and CEO of the economic development group Invest Buffalo Niagara.

“We used the exercise to say we’re better together,” Kucharski said.

You can read the Buffalo-Rochester bid here.

And even though Amazon declined the Buffalo-Rochester bid, the company got to know the region, Kucharski said. Amazon announced a new sortation center near Buffalo last month.

The HQ2 process has allowed the company to collect data on 238 areas — everything from labor market makeup to infrastructure systems to site locations, amenities and tax incentives. While much of that information is publicly available, it’s rarely compiled and packaged as a single source. Some consulting companies specialize in bundling such information about cities and sell it to developers and corporations.

Even though some of that data, like tax incentives and available development sites, may change year to year, Greg LeRoy of Good Jobs First said it’s likely Amazon will find a way to use the information, potentially by consulting for other companies looking to expand. Perhaps it could even sell the raw data.

Peduto agreed that Amazon could find a way to use the data it’s collected on cities but said he wasn’t worried that the company would misuse Pittsburgh’s data because all of it will be made publicly available.

He drew a distinction, though, between the information Amazon collected during the bidding process and the additional information it solicited from the 20 finalist cities in a follow-up application. According to Peduto, Amazon asked Pittsburgh and the other HQ2 finalists “hundreds” of additional questions. It may be difficult for Amazon to compile the original bids into a single dataset, he said, but it would be much easier to compile the additional information from the finalist cities because he believes Amazon sent a standardized set of questions.

Other officials who worked on their city’s bids share Peduto’s comfort with Amazon having their information. At worst, they say, the company is aware of their city and could develop future projects there, like fulfillment centers or other outposts.

“We didn’t put anything in there we can’t substantiate,” Kucharski said. “We know where we’re strong and where we’re weak. We’re not really worried about that.”

Gallier Howard, Philadelphia’s first deputy commerce director, said she doubts the company would find a way to sell the HQ2 cities’ information, in part because cities share similar details with other companies “all the time” and because Amazon wants to keep a good reputation.

“I don't think they're out there to screw over cities that have participated in this process,” she said.

However Amazon uses the bid information, one thing seems clear: Cities will keep using their Amazon bids to brand and develop themselves, whether they win the headquarters or not.

“We see it as our playbook,” Jamboretz said.

This story was fact-checked by Madeleine Davison.

2 thoughts on “Amazon collected 238 HQ2 bids. What happens to those bids now?”