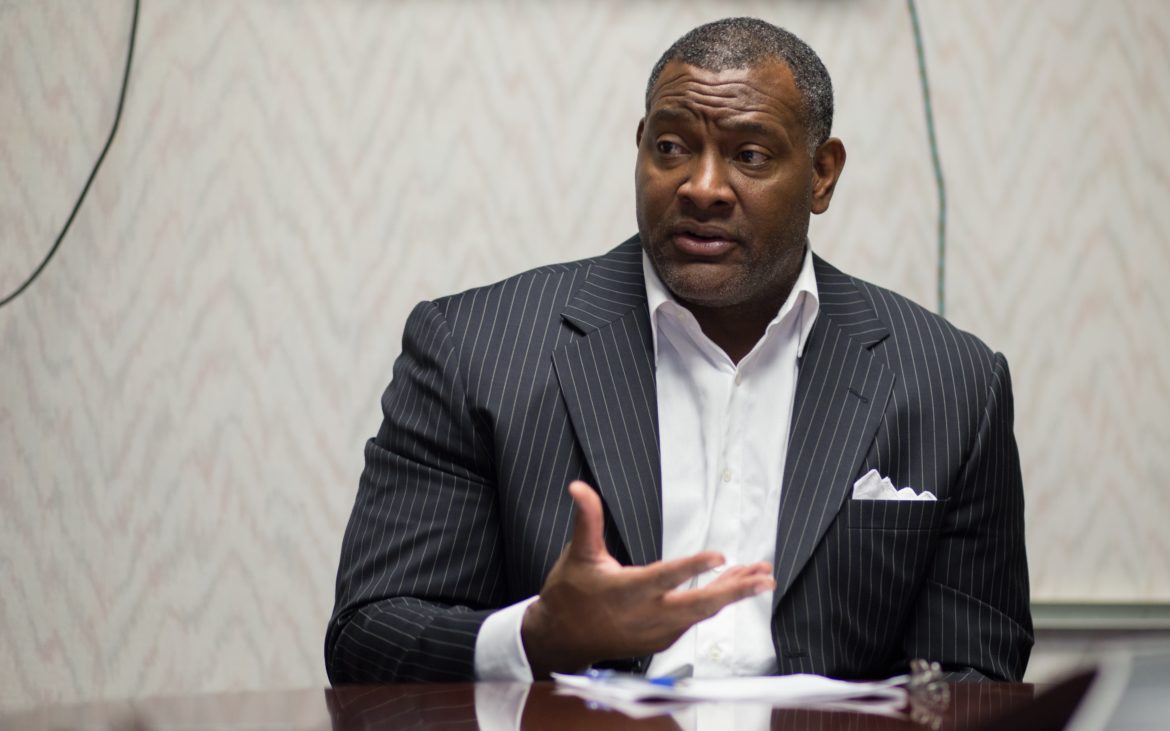 As Pittsburgh has vied for Amazon’s second headquarters over the past year, Pittsburgh Public Schools has been a supportive partner of the city and a willing contributor to the bid. Like others involved in the pursuit of Amazon, Superintendent Anthony Hamlet (and, by proxy, the district) also agreed to stay quiet about the bid’s contents by signing a non-disclosure agreement.

Emails and documents obtained by PublicSource through Right-to-Know Law [RTK] requests show Pittsburgh Public Schools [PPS] submitting fact sheets, answering questions and providing other detailed information about the district to the local officials that compiled Pittsburgh’s bid. The emails suggest that the district sent its information to the nonprofit Allegheny Conference on Community Development, whose subsidiary, PGHQ2, served as the vehicle for submitting the region’s bid.

The information PPS contributed to the Amazon bid came in two batches: One in early October when city, county and conference officials were compiling the original bid and another in early February when they were asked to answer several detailed questions from Amazon as part of the finalist round. 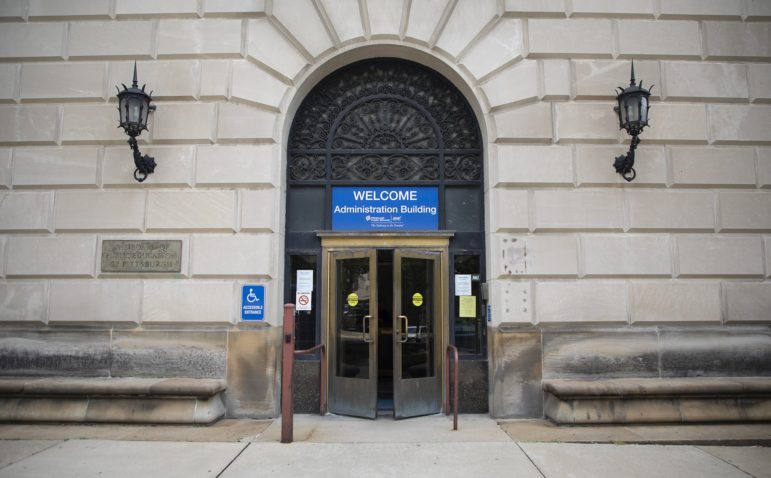 Perhaps most significantly, PPS Superintendent Anthony Hamlet signed a non-disclosure agreement [NDA] with Amazon that gives the company the “indefinite” right to sue Hamlet and PPS if its “confidential information” is released without prior approval. The NDA, signed in March after Pittsburgh had made Amazon’s list of top-20 finalists, bars Hamlet and all other PPS employees from releasing what Amazon deems “confidential information” for three years. After three years, the NDA automatically renews, though if the NDA is terminated, its provisions stay in place for an additional five years.

In the case that PPS would have to release Amazon’s information via the RTK Law or another superseding statute, PPS is required to notify Amazon so that Amazon can take action to prevent its information from being disclosed. The NDA does not make clear what types of information it covers but defines “confidential information” as “all nonpublic information relating to Amazon or disclosed by Amazon or its affiliates.” If PPS breaches the NDA, the document says, the case will be handled by a court in Washington state.

Citing the NDA he signed, Hamlet largely declined to answer questions about how PPS has contributed to the HQ2 process. He did say the fact sheets were not created specifically for Amazon and that the district creates those as a way to communicate with the public. He also declined to answer questions about the meetings he’s had and how the district has interacted with conference officials.

“You have sufficient information. I can't tell you anything,” he said.

“You have sufficient information. I can't tell you anything.”

Allegheny Conference CEO Stefani Pashman testified in court last month that documents related to Pittsburgh’s Amazon proposal, including the bid itself, aren’t public records because the conference’s PGHQ2 owns them. She testified as part of a case spurred by area media outlets, including PublicSource, that have been requesting documents related to the bid since late October; lawyers for Hearst, the company that owns Pittsburgh news station WTAE, consolidated the cases.

Among the emails the school district did release to PublicSource, several show school officials, including Hamlet, expressing the need to get permission from the conference before replying to media inquiries.

“Reach out to Stefani Pashman's office at the conference for direction,” Hamlet wrote to Ebony Pugh, his spokeswoman, in response to a May PublicSource inquiry relating to the city’s Amazon bid.

In another email conversation, Regina Holley, the school board president, and Pugh discussed seeking guidance from the conference before responding to an April interview request from WESA regarding Amazon.

“Do you think I should do this?” Holley asked Pugh.

“Hmm. Let me reach out to the folks working on our bid. I'm hesitant to say anything that may be viewed as jeopardizing it,” Pugh replied, noting that she also wanted to reach out to Ira Weiss, the district’s solicitor, for advice. Holley told PublicSource after an Aug. 15 school board meeting that the conference “didn't give us any guidance on anything.” 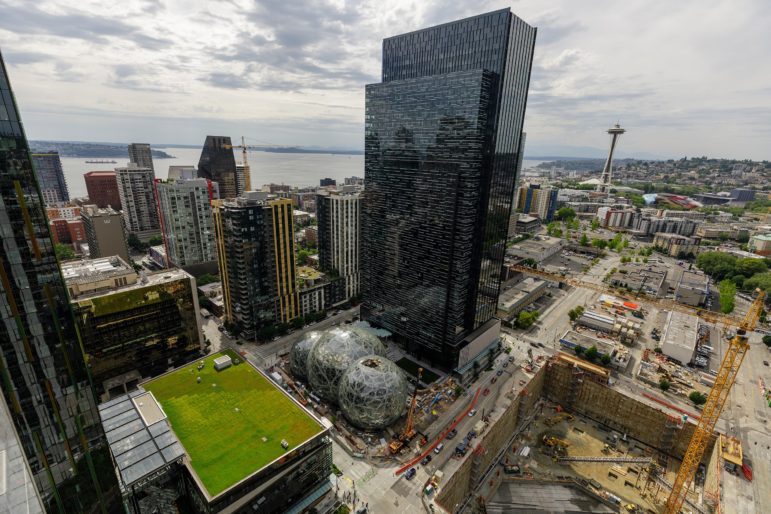 Amazon's campus in Seattle, Washington, in both the downtown and South Lake Union neighborhoods. Photographed from the roof of Amazon's Port 99 building. (Photo by Jordan Stead, courtesy of Amazon)

The emails and documents PPS provided to PublicSource give a glimpse into how involved the district has been in the bid:

Philip Cynar, a spokesman for the conference, declined to answer specific questions about the PPS documents and said  Pashman wasn’t available for an interview. He wrote in a statement that the conference would discuss the bid once Amazon makes a final decision.

“When Amazon reaches its decision, we will — as we have said all along — share the details of Pittsburgh’s proposal, and a complete public vetting of all city and county incentives will be a given, should Amazon say yes to Pittsburgh,” he wrote.

What the documents show

Susan Chersky, a communications officer for the district, sent eight of the fact sheets to Hamlet for him to review on Sept. 29 and indicated that staff were working on four more fact sheets as well as a “high-level overview document about PPS.” Chersky indicated that PPS’ package of information could be sent to the HQ2 by Oct. 6. Pittsburgh and 237 other cities across the country and Canada would submit their HQ2 bids about two weeks later on Oct. 19.

On Jan. 18, Amazon narrowed the 238 HQ2 submissions to 20 and announced that Pittsburgh had made the cut. Between then and February, Amazon asked its HQ2 finalist cities for additional information, which meant filling out an application with dozens upon dozens of questions, according to Peduto.

“It would be one way for them to make an impact if they saw a clear path to supporting students who have historically not done as well in schools."

According to an email from Keren DeCarlo, the chief executive secretary for PPS, the HQ2 team sent district officials a worksheet to fill out. On Feb. 9, DeCarlo asked officials from Deborah Friss, the director of research, to Jonathan Covel, the director of ESL programs, to answer questions assigned to them by the end of the day.

Some of the information Amazon requested included:

While the version of the worksheet included in the emails is blank, some of the officials’ responses to the questions were included in the cache of documents. To answer two questions about how PPS is funded, Ronald Joseph, the district’s chief financial officer, sent hyperlinks to the 2017-18 PPS budget and attached seven pages of detailed financial charts showing where PPS gets its money.

To answer a question about where each public school was in relation to Pittsburgh’s proposed sites, Pam Capretta, the district’s chief operations officer, sent two maps of the district, though she didn’t indicate where the proposed sites for Amazon HQ2 are. 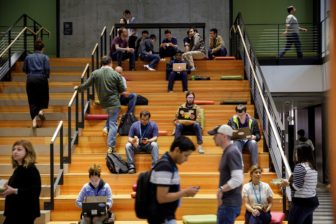 James Fogarty, the executive director of the public education advocacy group A+ Schools, said he liked that Amazon was asking such detailed questions about PPS, including about specific subgroups of students.

“It would be one way for them to make an impact if they saw a clear path to supporting students who have historically not done as well in schools,” he said.

Fogarty sees the district’s engagement with Pittsburgh’s Amazon bid two ways. The district’s support could bode well if Amazon chooses Pittsburgh and the company invests into improving public schools and creating pathways for students to get jobs in tech, he said. But Amazon coming to Pittsburgh could also exacerbate existing problems; Fogarty said he believes there’s just as much potential to fail Pittsburgh’s students as there is to help them.

“What I’m concerned about is, is there a pipeline for our kids to get into the jobs of today?” he said. “If that’s what this conversation is about, then yes, continue to have it.”

2 thoughts on “Pittsburgh Public Schools played a role in the city’s Amazon HQ2 bid. Here’s what we know.”