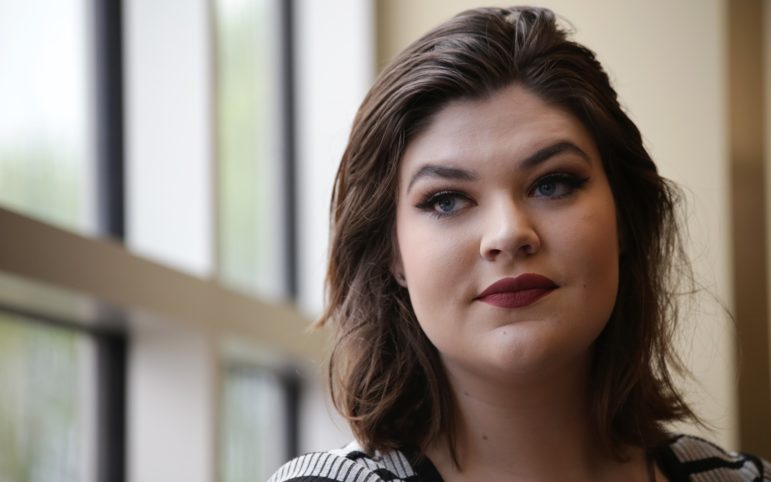 Trump’s actions and rhetoric threatened to crush my spirit, but Muslim Girl excellence in Pittsburgh persists

With a growing opioid crisis and Trump’s budget proposal, future of Pa. Department of Drug and Alcohol Programs is uncertain

Pittsburgh students answer, “America would be a friendlier country if…”

Q&A: Callie Crossley on fake news and being a black woman in journalism

Pittsburgh is no Karachi. Bombings. Extortions. Killings. Acts of terror are the norm in Pakistan’s most populous city of Karachi. Yet mosques, churches and temples keep their doors open at all times for any of its 23 million residents seeking to stop by for a moment of reflection.

Video: Are they to fear? Muslim community in Pittsburgh responds to hate mail

Imagine a world without hate, an America where people of different races and religions trust one another, respect each other and care for one another, like good neighbors and friends. That’s not the world we live in. This video is about today’s America, where fear and hate can overshadow the good.

Obamacare didn’t remove healthcare barriers for refugees, but it did alleviate problems

With the advent of Donald Trump’s presidential administration, which is intent on dismantling the Affordable Care Act (ACA) on which many of them rely, Pittsburgh’s refugees have yet another hurdle with which to contend.

Under the ACA, those who come to the United States as refugees have the same rights to health care as any American citizen.

As Congress frantically moves toward repealing the Affordable Care Act [ACA], directors of area community health centers are expecting their funding to be cut and that they’ll have to turn patients away and cut health services.

Sen. Bob Casey in Pittsburgh today scolded the Trump administration for not backing off from the “obsession” of campaign rhetoric and cracking down on refugees in a way he feels makes the country less safe.

Pennsylvania Secretary of Education Pedro Rivera is not letting uncertainty at the U.S. Department of Education derail any of the plans his department has set in motion for improving education in the state.

Pittsburgh prides itself on its universities. What happens when Trump's immigration ban threatens them?

Reuben Brigety spent three years of his life trying to help African nations develop their own governments. Now, as the retired U.S. ambassador looks at the United States, he’s concerned that the country is at risk of losing its values under President Donald Trump. “This great experiment we have is not guaranteed to stay forever,” Brigety warned a group of about 25 people during a Wednesday lecture at the University Club in Oakland. To keep the experiment in democracy and freedom alive, Brigety suggested an agenda of political activism, community engagement and faith in other Americans. Brigety, who lives in Washington, D.C., represented the United States at the African Union from 2013 to 2015, and has held other positions within the Department of State.

Click on your Pittsburgh City Council representative below to see how they plan to spend their block grants in 2017.