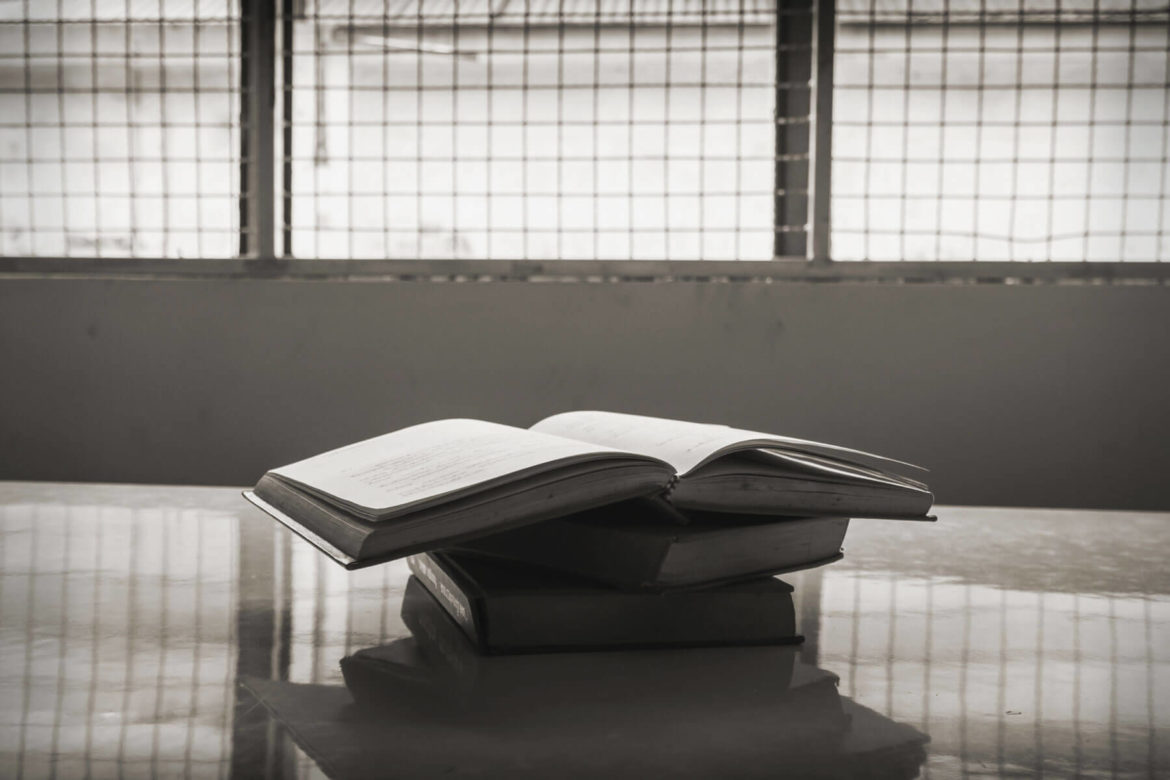 Update (12/2/20): The Allegheny County Jail announced that it restored inmates' ability to receive books from barnesandnoble.com and christianbooks.com. The policy had been temporarily suspended due to an investigation regarding potential contraband. "While the investigation remains ongoing, additional staff training has been completed and other controls have been put in place related to the testing of printed materials to allow the program to resume," Warden Orlando Harper wrote in a press release.

Update (12/2/20): The Allegheny County Jail and the Carnegie Library of Pittsburgh announced they are expanding their already-existing partnership to provide incarcerated individuals access to additional e-books and audiobooks. The expanded partnership will include access to the library's e-book and physical book collection.

Update (11/24/2020): Allegheny County Jail announced the implementation of a new e-book program that will allow inmates to access thousands of additional free books. The program is in partnership with the e-book distributor OverDrive. “The safety and security of our inmates and employees will also be our priority,” Warden Orlando Harper said in a press release. “That being said, the value of education, recreation and mental health stability cannot be understated." ACJ is also accepting donated paperback books until Dec. 28. Those wishing to donate can contact HOPE Chaplaincy Services at 412-350-2057 or jailchaplains@alleghenycounty.us.

Thomas Stultz is an avid reader. Since arriving at Allegheny County Jail [ACJ] last November, he’s read dozens of books, from the “Miss Peregrine’s Home for Peculiar Children” series to the original translation of the Holy Bible. He reads “all day, pretty much every day,” he said, often trading books with other inmates.

For Stultz, reading helps pass the time, especially as of late. Since the pandemic began, the jail has been operating on a restricted schedule, with inmates able to leave their cells for only one hour per day. For many, there’s little else to do besides getting lost in a book.

But on Nov. 16, Stultz and most other inmates received a written message on the new tablets the jail provided to them: effective immediately, books from the outside would no longer be allowed inside the jail. Instead, inmates now have access to 200-some free books on the tablets.

According to the county, the book policy was changed to protect against contraband and ensure the jail’s safety. But inmates and advocates worry that the new policy will further erode inmates’ mental health by limiting one of the only outlets available at the jail. With limited recreation time, visits from loved ones suspended and a chronic shortage of medical staff, the mental health conditions at the jail were already a serious concern. Some inmates PublicSource spoke to also raised First Amendment concerns, as they felt their religion was not represented in the 49 religious books available on the tablets.

Inmates said they are able to read the free books on the tablets for 90 minutes each day. The list of books is made up of works that are in the public domain, meaning their copyright has run out. Titles include “Alice in Wonderland” by Lewis Carroll, “A Christmas Carol” by Charles Dickens and Mikhail Lermontov’s “A Hero of Our Time.” After this article was published, a county spokeswoman said that tablets are available 9 a.m. to 10 p.m. and that the system that logs inmates out after one hour allows them to log back in at no cost.

The policy change came after reviewing policies related to potential contraband, which is “a safety and security issue for all there,” ACJ Warden Orlando Harper wrote in an email to PublicSource. In addition to the books available on the tablet, Harper said inmates on each pod have access to a leisure library and a room in the education department designated for donated books. “There are over 1,000 different titles in that library which will be rotated throughout the facility for the inmates,” Harper wrote.

The policy “is by no means permanent,” Harper added, and ACJ is discussing with the tablet provider “how to add additional books and resources, and how it may handle requests for specific books.”

Studies show that reading can improve mental health and is even used as a form of therapy. In Brazil and Italy, inmates can reduce their sentence by three days for every book they read.

“I get very anxious when I don’t have something constructive to do. And reading is one of those things,” Stultz said. “...I think a lot of us would be in very dire straits if we didn’t have a way to pass our time constructively.”

Jodi Lincoln, co-chair of the local books to prisoners program Book ‘Em, said ACJ’s book policy was already “extremely restrictive.” Before, inmates could order books from Barnes & Noble or Christianbooks.com. She and Bethany Hallam, an Allegheny County Councilwoman and member of the county’s Jail Oversight Board, have been working to change the policy and allow books from other booksellers, publishers and books to prisoners programs. “We were not a fan of the policy they had to begin with, but this is a step back even from that,” Lincoln said.

Lincoln also pointed out that many of the available titles are not modern or “culturally relevant” and fall short of inmates’ interests. “Oh great, it’s all the Jane Austens, but there’s not a lot of good educational resources,” she said.

Rebecca Ginsburg, director of the Education Justice Project, noted that most people in jail have not been convicted of a crime — yet they can spend months or years awaiting trial. She said books can help inmates "maintain a firmer grip on who they are," rather than letting their sense of self and social skills deteriorate while incarcerated. "Providing people in jail access to a wide range of reading materials can help them fight off depression and even suicidal thoughts," she said. "Let’s face it, 214 books does not constitute a wide range of reading materials."

In Michael Sheffield’s cell are a dozen religious magazines, two books and a stack of printouts he estimates is half a foot thick. Sheffield, a pagan inmate, said he typically orders his religious materials through various channels, including Barnes & Noble. But there are only two pagan books available on the tablet, he said, and neither cater to his needs. He feels the new policy hinders his ability to practice his religion. “They can’t limit my ability to information. If I want to read something that doesn’t fall in these 214 free books, and if my religion doesn’t fall in the confines of 49 religious books, I’m pretty sure they’re violating my First Amendment rights,” he said.

Jerry Dickinson, a constitutional law professor at the University of Pittsburgh, said the restriction does raise First Amendment “questions” — but whether or not it violates the First Amendment is debatable. It depends on whether a court would rule that the restriction is reasonably related to a legitimate interest of the government or jail. “The courts have gone both ways on that question, so there’s no clear answer,” he said. That the policy does allow religious books also makes the question of its constitutionality less definitive, as inmates have constitutional protections to read faith-based books. “If the county was precluding free religious books altogether, then that changes the analysis,” Dickinson said.

According to Alexandra Morgan-Kurtz, managing attorney of the Pennsylvania Institutional Law Project, the Supreme Court ruled that prisons cannot ban all books but instead must examine each book individually for inappropriate content. "Access to a trifling 214 books is tantamount to a complete ban," she wrote in an email to PublicSource. She also said the small number of religious texts make it "virtually certain" that some faiths have been ignored, violating both the First Amendment and the Religious Land Use and Institutionalized Persons Act.

Sheffield isn’t the only inmate worried about their religious freedom. Every holiday season, Richard Lauffer looks forward to reading Christian literature. “It’s something from my childhood, something from my youth that I can look back on and have a happy smile for Christmas,” he said. “It’s meant a lot to me to have, and now I can’t have it this year.”

Lauffer, a Pentecostal Christian, said the tablet does not include his religious sect. “There’s nothing on there for Pentecostal people like myself. None whatsoever,” he said.

On top of bringing him “closer to God,” Lauffer said the books were “brain food” for himself and other inmates. “My only pastime is these books. And now that I don’t have them, I don’t know what I’m going to do,” Lauffer said. “I’m going to be lost now.”

Update (11/20/2020): This story was updated with additional comment from Allegheny County.

Update (11/19/2020): This story was updated to include comments from Rebecca Ginsburg of the Education Justice Project and Alexandra Morgan-Kurtz of the Pennsylvania Institutional Law Project, as well as additional information from law professor Jerry Dickinson.