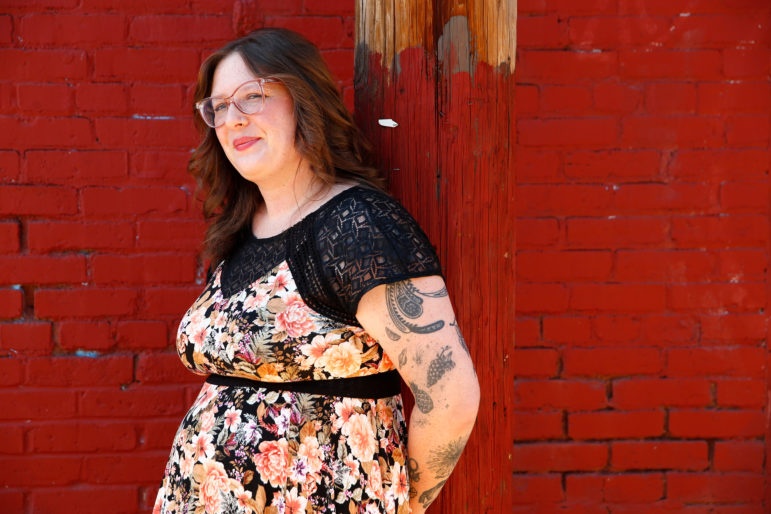 Mental health concerns are rampant. Jewish leaders are on the frontlines.

Crisis of Care: The coming crisis in dementia care and why Pa. is woefully unprepared

By By Terry Jones

Trauma has a new, unlikely opponent: How your eyes can help you emotionally heal

By By Claire Lindsey and Jennifer Szweda Jordan of Unabridged Press | August 13, 2021

Madalyn Guthrie credits much of her recovery from a 2019 rape to — if you boil it down — quickly moving her eyes. A therapist treated Guthrie for PTSD with Eye Movement Desensitization and Reprocessing therapy, referred to as EMDR.

EMDR is emerging as a feasible treatment for post-traumatic stress disorder, which an estimated one in 11 people in the United States face. Sexual assault, as Guthrie experienced, is one of the leading contributors to PTSD.

EMDR was trending recently when Prince Harry told Oprah that it helped him with PTSD.

“It cleans my hard drive,” he said on a new Apple TV+ series “The Me You Can’t See.”

His disclosure was timely.

The pandemic “has triggered significant emotional, physical, and economic problems around the world,” University of Oklahoma doctors wrote in the Psychiatric Times.

Compelling personal stories
told by the people living them. My high school’s Friday night showing of “Beauty and the Beast” starts in an hour.  As Lumiere the candlestick does his sound check, the rest of the cast is waiting onstage for our own. Our lighting designer is running through cues, making the hot stage lights jump from bright white to blue to red and back again. Someone is playing the piano in the green room (probably a “Hamilton” song). I’m in my huge Mrs. Potts costume and I can’t quite figure out how to breathe.

Costs and wait times limit mental health access. These Pittsburgh organizations are stepping up to help.

Before the pandemic, society was already experiencing a mental health crisis. Now, it’s even worse. A surge in demand, combined with too few providers and high treatment costs, can make accessing services challenging. Where traditional health systems are lagging, community groups are stepping in.

Hanging in there: Mental health and wellbeing in the aftermath of COVID-19

Compelling personal stories
told by the people living them. As a psychiatrist, part of my routine, not surprisingly, is asking people how they are. Recently, I have been struck by the fact that most people now reply with the same phrase: “I am hanging in there.”

One patient broke it down for me when I asked what this meant: “Doc, it means I am OK for the moment, but I have no idea what’s going to happen next.”

Other patients have agreed with this sentiment. A few recalled a poster from the ’70’s of a kitten hanging from a rope. The kitten is OK — for the moment.

Finding a therapist who accepts Medicaid is difficult. Yet Pittsburgh-area therapists said they applied to accept Medicaid and were turned away.

Renters: Here is how to find legal help, mental health support and shelter in Allegheny County

Local resources are available to connect renters and their loved ones with financial and legal support, mental health services and safe, consistent shelter. The services, websites and programs listed here can help.

Muffy Mendoza started Brown Mamas 9 years ago to find and give the support she needed as a young mother suffering from postpartum depression. Now she wants so much more for Black women across America. Her organization of more than 5,000 women in Pittsburgh is poised to deliver results through new levels of interaction and a growing national presence.

After misdiagnosis and relentless symptoms, I’ve felt the toll of RLS on my mental health. We need better care.

Compelling personal stories
told by the people living them. Editor’s note, trigger warning: The essay discusses suicidal ideation. If you or someone you know are struggling with suicidal ideation, contact the National Suicide Prevention Lifeline at 800-273-TALK (8255), or message the Crisis Text Line at 741741. The programs provide free, confidential support 24/7. The author's full name is being withheld to protect his privacy.

Voice your struggles: Pittsburgh university students create spaces to talk about mental health during the pandemic

Facing a deepening pandemic, another stretch of mostly online classes and a national backdrop of political turmoil, Pittsburgh-area students are turning to their colleges — and to each other — to meet growing mental health needs. Kayla Koch, a senior at the University of Pittsburgh, said students were already struggling with the transition that college life brings, but the pandemic has made everything harder. “The entire pandemic is a time of trauma," Koch said. "We are all living through a trauma and expected to produce and exist as if we are not.”

She's working to create a space for students to talk honestly about mental health. “Our goal is to come into these meetings and say, ‘This is normal.

PublicSource spoke to 15 former jail employees about their experiences working at the jail. Many raised concerns about workload and practices they worried put staff and inmates at risk.