No personal visitors, hardly any time for inmates outside of their cells and chronic vacancies in mental health and health staff raise concerns that the mental health of Allegheny County Jail [ACJ] inmates is deteriorating, according to inmates recently incarcerated there, family members of current inmates, advocates and current and former ACJ staff.

Jodi Lynch, a former ACJ nurse practitioner who left the position in August after nearly three years, said inmate recreation time had been cut drastically since the pandemic began.

“Sometimes they’ll get a half hour. Sometimes they don’t get any at all,” she said of the period before her departure. “You can take a totally healthy person, mental health-wise, and you can lock them in a little room, and if they’re in there for 23-plus hours a day, day after day after day, they’re going to mentally decompensate.”

Warden Orlando Harper denied claims that inmates are not getting recreation time every day. “That is not correct. Every individual at this jail is given at least an hour of recreation a day,” he said, adding that a consent order in a recent federal lawsuit permits the jail to allow 10 inmates out of their cells at a time. “We are trying to get the number changed so that we can get these individuals out of cell more often,” Harper said.

Current and former ACJ staff disagreed with the warden. One current staff member, who asked to remain anonymous for fear of consequences at work, said the jail’s policy is indeed to allow each inmate an hour of recreation time each day, but it doesn’t always pan out in practice due to various issues.

The restrictions are an effort to stop the spread of COVID-19 throughout the jail population, according to the county’s website. “Confined areas present challenges when it comes to mitigation and elimination of the spread of illness or disease, and COVID-19 is no exception,” the website says.

If you or someone you know has a healthcare experience at Allegheny County Jail that you would like to share, please email juliette@publicsource.org. Information will not be published without consent.

One inmate, who was incarcerated at ACJ between May and August for violating probation, described spending two or three days in his cell without leaving, due to restrictions put in place to protect against COVID-19. The inmate declined to be named out of concern for retribution in the system, though his description of life for inmates was confirmed by a current ACJ employee. The inmate said he had a choice when he did get 30 minutes of recreation time: call his family, exercise or shower.

Despite several previous stays at the jail, the individual said his most recent stay was harrowing. “I’m a strong-minded person, and me being down there, it almost broke me.”

Harper confirmed that inmates have the choice of how they would like to spend their recreation time, including showering. Despite challenges by the pandemic and ongoing vacancies, jail officials have said they are making progress to ensure inmates get needed care.

Incarcerated people, on average, have a greater need for mental health services. Recent inmates, family members, jail staff members and advocates say the need for support has only increased during the pandemic, with visitations suspended and recreation time limited — plus the threat of a potential COVID-19 outbreak, which jails throughout the U.S. have already experienced. 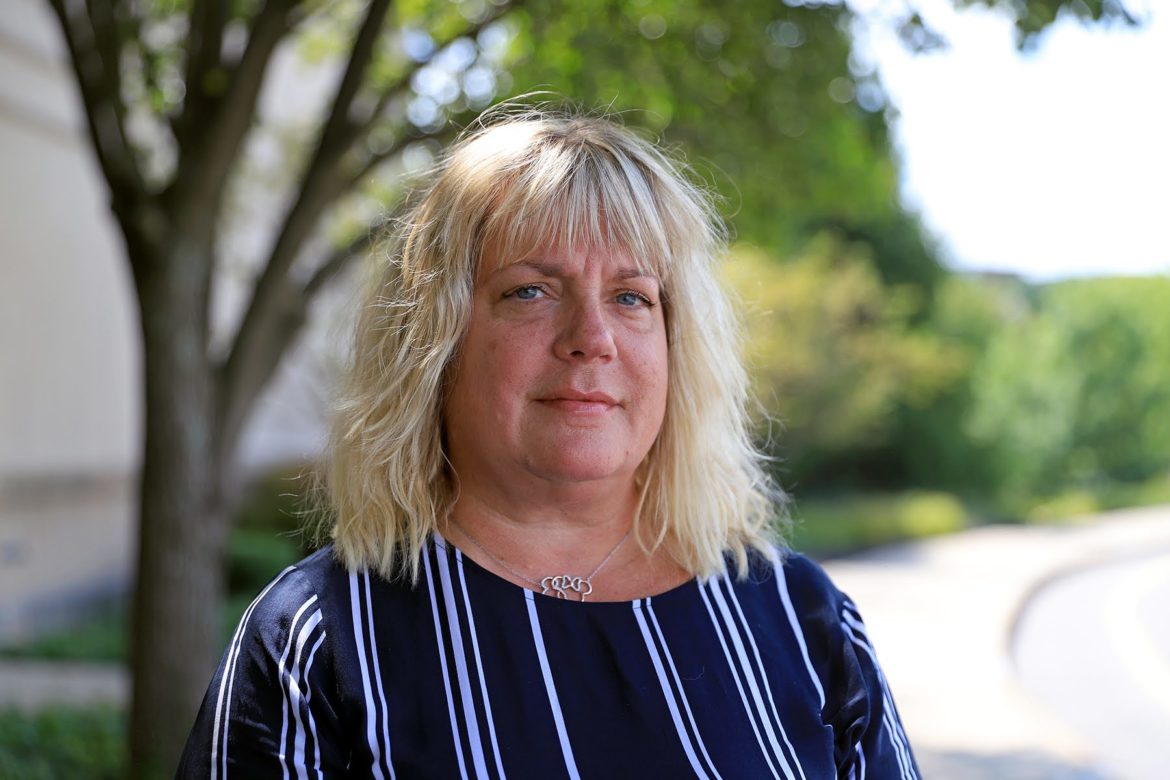 Former Allegheny County Jail nurse practitioner Jodi Lynch said she believed that pandemic restrictions on recreation time during her time at the jail harmed the mental wellbeing of inmates. (Photo by Jay Manning/PublicSource)

Chief Deputy Warden of Healthcare Services Laura Williams acknowledged at the June Jail Oversight Board meeting that the facility has had staff turnover. She attributed the vacancies to Pittsburgh’s competitive healthcare job market, broadened leave policies during the pandemic and some employees calling off sick. Williams said the facility “has been working diligently” to ensure proper care is provided.

“We have not succeeded all of the time in filling every vacancy. I know that and I’ll admit to that, but that hasn’t been because we have not put forth the effort,” she said during the meeting.

In an interview with PublicSource, Williams said the county recently updated its collective bargaining agreement with the union, which 60 of the 75 healthcare staff belong to. “With the implementation of a new contract, we’re able to offer more competitive wages with some of the community rates,” Williams said, which she said has improved hiring.

Williams also attributed the vacancies to a national shortage of psychiatrists. “Most psychiatrists are very in demand, and this is not the most attractive [setting] for psychiatrists to work in, so it’s been very difficult to recruit for a psychiatrist,” she said. One psychiatrist, contracted through AHN, was hired in recent weeks.

Some efforts are being taken to improve mental health conditions at the jail. In June, the Jail Oversight Board created a suicide prevention and investigation committee (there have been 17 suicide attempts and one suicide at ACJ in an eight-month period ending Aug. 15, according to jail records) and approved $54,000 to continue providing cognitive behavior therapy for the veterans in the veteran’s unit. The jail began allowing attorney visits in July.

Allegheny County recently signed a contract with the telecom company Global Tel-Link to provide call and video call services. Inmates will be issued tablets in October, according to Harper, and the cost for video calls will be $.25 per minute for up to 30 minutes.

Yet some people argue more must be done.

PublicSource spoke to 12 sources familiar with conditions at the jail, including people formerly incarcerated there, family members of current inmates, current and former ACJ workers and advocates about mental health treatment at ACJ during the pandemic. Their accounts were largely similar in nature: grievances of increased anxiety and depression, paired with delays in treatment and a shortfall of mental and physical reprieves.

One employee at ACJ, who asked to remain anonymous for fear of retaliation at work, called the situation at the jail “horrendous” and “demoralizing.” Short-staffing and demanding patient counts make counseling inmates nearly impossible, the employee said. “A lot of people are really struggling being celled in 23 or more hours every day ... I mean, we know this makes people crazy,” the employee said, “But there’s no real opportunity to counsel people, because we just don’t have the staff for it.”

The jail has been struggling with staff vacancies for years. “Even before the virus frankly, it was like this,” said longtime Pennsylvania Prison Society volunteer Marion Damick. “They don’t have a sufficient supply of nurses, medication and/or psychiatrists.”

At the beginning of the pandemic, the problem worsened, though it has since reached pre-pandemic numbers. In February, ACJ had 45 healthcare staff vacancies. That number rose as high as 53 in June, and was back down to 46 at the beginning of September, according to reports provided to the Jail Oversight Board by the county.

ACJ currently has 75 county healthcare employees, according to Williams. That’s down from 97 at the start of 2019 and 127 in 2016, according to data provided by the Allegheny County Controller’s Office. Those numbers do not reflect staff employed by AHN, which is contracted to provide certain medical staff to the jail, including the director of health, physicians, psychiatrists and nurse practitioners. Williams said the jail currently has about 10 AHN employees.

The jail’s vacancies are affecting the quality of care at the jail, said Charles Timbers, a former nurse practitioner at the jail, who said he was terminated for breaking social media policy by speaking out during the pandemic. “They just don’t have the staff to meet the needs of the inmates, unfortunately, and the inmates do suffer as a result of that. Medically and mentally,” he said. 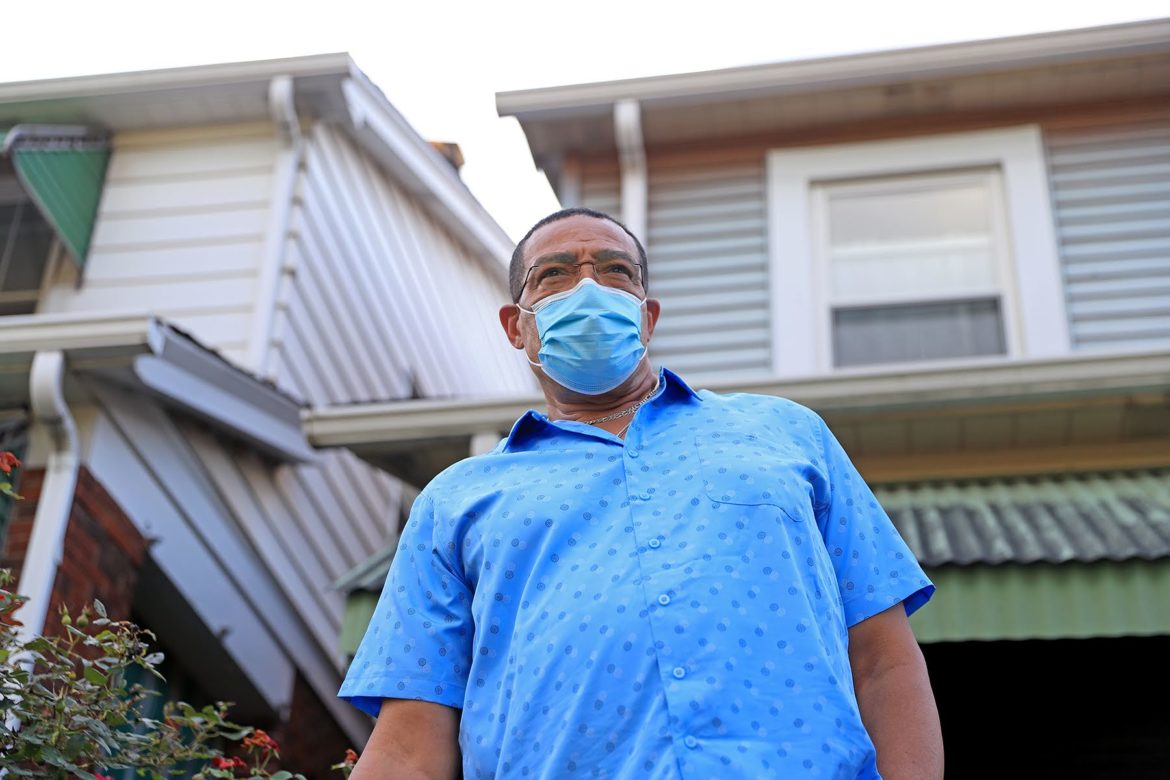 Overall, incarcerated people have a greater need for mental health services than the general population. Roughly 75% of the jail population has a mental health or substance abuse issue, according to a 2019 report from the University of Pittsburgh Institute of Politics.

MiAngel Cody, founder and lead counsel of the Chicago-based nonprofit The Decarceration Collective, said the overrepresentation of individuals with mental health issues in the criminal justice system stems from the defunding of mental health services and the criminalization of mental illness. “When you have people who don’t have other means and resources to address mental health issues, what has happened is prisons and jails have become the de facto warehousing of them,” she said.

Lori Laber said the restrictions brought about by the pandemic have drastically harmed inmates’ mental wellbeing, including that of her 22-year-old son, who has been in ACJ since May on alleged harassment and simple assault charges and is awaiting trial. “He’s changing as a person, in a sense. He’s very down, very depressed. He has his up days, but I know my son,” she said. According to her, he is being given psychiatric medication but was unable to obtain additional mental health support.

Lynch sees staff vacancies as a particular problem. “I mean, the mental health providers we have there are good,” she said. “It’s just, there are so few of them.”

Lynch described working after-hours shifts as the only staff member available to give mental health support. “I’m the only one in there, the only provider for 2,000 people. And I can only be in one place at one time,” Lynch, a nurse practitioner, said of her time as an ACJ employee.

At the June Jail Oversight Board meeting, William stressed that the county is focused on inmate care.

“I want to ensure that everybody understands that this entire facility has been working diligently to ensure that care can be provided to our entire population facing so many different obstacles and challenges,” Williams said.

Brad Korinski, chief legal counsel for Allegheny County Controller and Jail Oversight Board member Chelsa Wagner, said filling vacancies should be a priority. “Because if somebody comes into the jail and doesn’t get good mental healthcare, that healthcare is going to be provided eventually, or in some way the county is going to absorb the cost of that failure to provide good healthcare…” he told PublicSource. “So it would seem to behoove us as a county to help people in the jail while we can.”