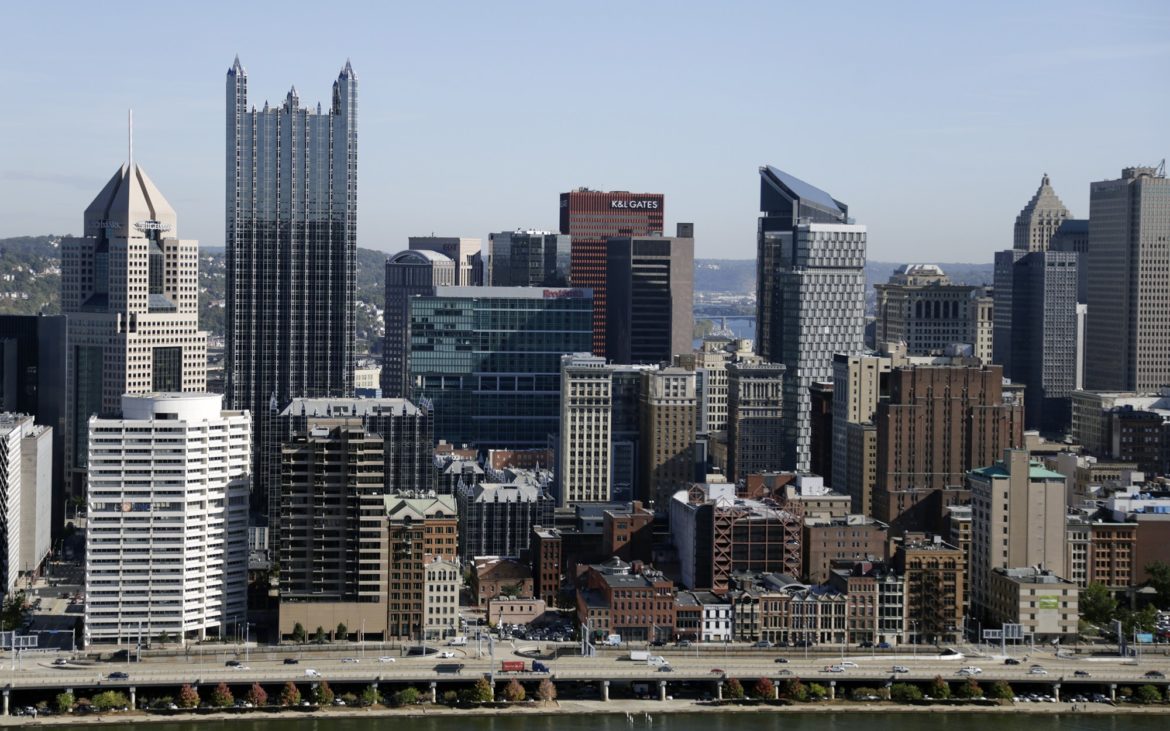 If you’re a white Pittsburgh resident, your health, education and employment outcomes are about average across most other cities in the United States. Move somewhere else, and you’re unlikely to have a drastically different experience than you do here.

But if you’re a Black Pittsburgh resident, your health, education and employment prospects trail those of just about any other comparable U.S. city, according to Pittsburgh’s first report assessing inequality across both race and gender.

“What this means is that if Black residents got up today and left and moved to the majority of any other cities in the U.S., automatically by just moving their life expectancy would go up, their income would go up, their educational opportunities for their children would go up as well as their employment,” said study co-author Junia Howell, an assistant professor of sociology at the University of Pittsburgh.

The report, conducted by a team of Pitt researchers, was released Tuesday by Mayor Bill Peduto’s office and the city’s Gender Equity Commission.

Examining data related to health, education, poverty and employment, the research team created a new tool — the Index of Ranked Livability — to assess how race and gender groups compare to one another in Pittsburgh and to those same groups in other cities. The team compared Pittsburgh to nearly 90 other U.S. cities with both substantial white and Black populations.

For example, the report found that Pittsburgh’s rate of infant mortality for Black babies is more than six times higher than it is for white babies — 13 deaths per 1,000 births compared to two deaths per 1,000 births. The report also found a significant wage gap among adults. Black and other non-white women earn between 54 and 59 cents for every dollar a white man in Pittsburgh makes.

“[T]he reality is that if we don't reckon with the inequality in Pittsburgh and that it's much greater than the vast majority of cities in the U.S., we are not only not making the city livable for our Black residents but all of us,” Howell said.

At a press conference Tuesday afternoon, Peduto reflected on the city’s maternal and infant mortality rates among Black women and babies and called for change.

The report found that maternal mortality among Black mothers in Pittsburgh was worse than a vast majority of comparable cities.

“We have rates within our Black community that are Third World when it comes to infant mortality, and there shouldn't be anyone in the City of Pittsburgh that can accept that fact and not be asking, ‘What am I doing?’ or, ‘What is my company doing?’ and ‘What is my organization doing?’ in order to change it,” Peduto said.

“Unfortunately, many Americans and this includes Pittsburghers, have the mistaken belief that we do have a level playing field,” jain said. “Unfortunately, we have to build equity. When we assume it exists, we are doing a great disservice.”

Here are some key findings from the report:

The Gender Equity Commission was formed by City Council legislation in late 2016 and assembled in March 2018. Among the commission’s primary charges was completing the gender equity study presented Tuesday. Beginning in November and continuing throughout 2020, the Pitt researchers and GEC will issue three more reports. The second report will examine inequities among city employees; the third, based on focus group research, will recount residents’ “lived experiences with inequities”; and the fourth will recommend specific policies the city and other institutions can implement to begin undoing the inequities.

While a later report will offer specific policy recommendations, the report released Tuesday makes broad recommendations to start solving some of the inequities it highlights. For example, the report noted that Black women’s high maternal mortality rates “are not the result of Black women's lack of access to prenatal health care” and their unemployment and poverty “are not explained by their educational levels.”

Rather, the report notes that Black women have poor outcomes because “of the individual and structural racism and sexism they face.” Regarding maternal mortality, the report says the high rate for Black women is caused by “health care providers' stereotypes of Black women that influence diagnoses and care” and stress related to racism.

“Pittsburgh should consider targeted interventions that address the racially discriminatory biases in the health care system, increase the number of Black health care providers, and reduce broader socioeconomic inequities faced by Pittsburgh's Black women,” according to the report.

One of the study’s authors, Dr. Liz Miller, a Pitt professor and director of adolescent and young adult medicine at UPMC Children’s Hospital, noted that she was currently engaged in research and other work to lower Pittsburgh and Allegheny County’s rates of infant and maternal mortality. She said she’s currently engaged in a study that is seeking to find specific ways to prevent infant and maternal deaths.

"I feel like all of the players within our city and county are at the table really rolling up our [sleeves] and saying, 'Okay, all hands on deck,' these data are absolutely unacceptable," Miller said.

The report calls into question Pittsburgh’s status as “a most livable city.” The city has earned the “most livable” label from publications like Forbes magazine and The Economist and both Peduto and former Mayor Luke Ravenstahl have used the designation to promote the city.

“The City of Pittsburgh has been called one of the most ‘livable’ cities in the United States,” the report said. “However, this title is based on rankings that do not consider whether Pittsburgh is ‘livable’ for all residents.”

Peduto, at the press conference, praised the researchers for providing the city with this data so that it can address the problems it highlights. He said he wants to create an “equal playing field” for all Pittsburgh residents.