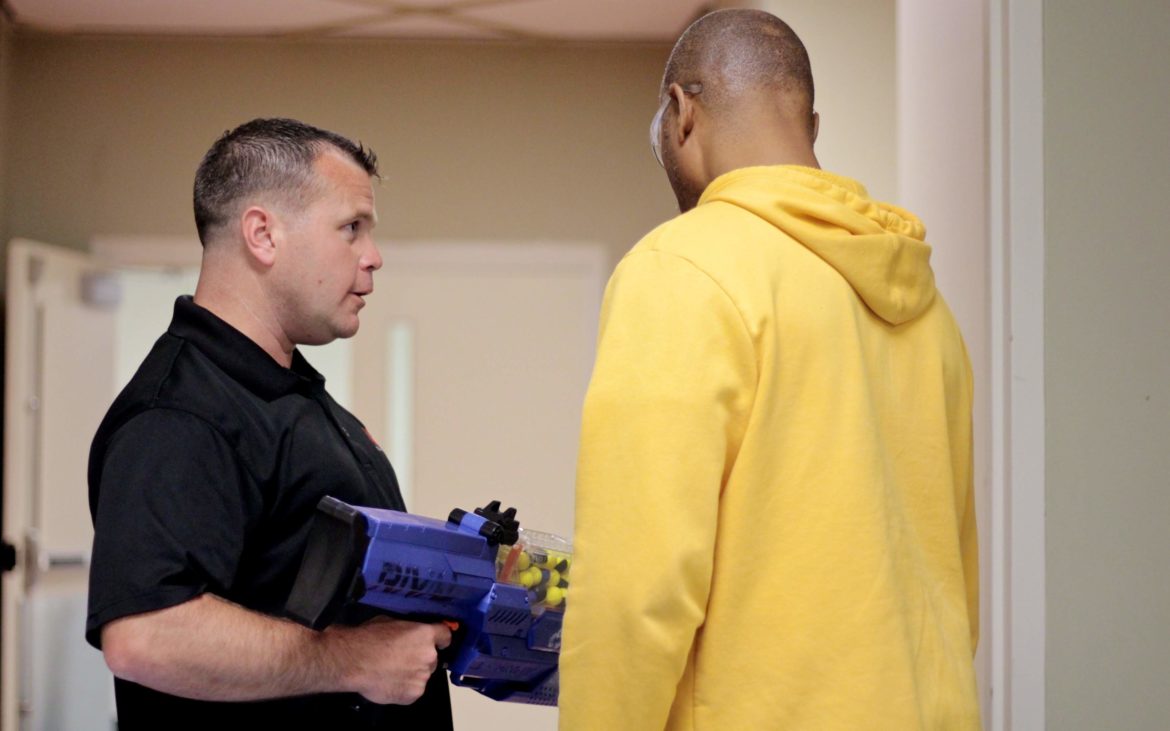 High-profile mass shootings have been driving investment in school security across the country. In 2017, schools spent $2.7 billion nationwide on safety and security services and equipment.

How much are school districts in Allegheny County spending on active shooter training?

PublicSource filed Right-to-Know requests to a majority sample of the 43 school districts in the county, inquiring the cost of contracts entered into for school safety and security training as it pertains to active shooters, intruders or other threats to school safety. The requests specified contracts that include — but were not limited to — training by the ALICE Training Institute

ALICE stands for Alert, Lockdown, Inform, Counter and Evacuate. The institute instructs students of all ages how to fight back, or counter, a shooter — a controversial and concerning notion to some students, parents and teachers. The ALICE Training Institute, which was founded by Greg Crane after the Columbine High School shooting in 1999, has trained 3,700 K-12 school districts, according to its website. The institute did not respond to requests for comment.

PublicSource requested contracts that were in effect for the 2017-2018 and 2018-2019 school years. Of the 12 school districts that replied, eight districts provided records and four districts said they had no contracts or other records during the two-year period. Only four districts reported costs that totaled more than a few dollars. Several reported having free trainings and one reported spending $10.

Pittsburgh Public Schools [PPS] spent about $68,850 on contracts that trained employees for an active shooter event in those two school years combined. More than $49,000 of that budget went to the ALICE Training Institute.

School districts in Pennsylvania are required to conduct school security drills with students, so many have sought out third-party training. There’s little research behind which safety measures do and do not protect students from gun violence, though.

In 2018, the Washington Post sent surveys to the 79 schools in its database that had experienced a school shooting since the Sandy Hook Elementary School shooting in December 2012. When asked what could have prevented a shooting, nearly half of the 34 schools that responded replied that nothing — no training, no security technology, no resource officer — could have stopped the gunman.

PPS invited PublicSource to its two-day ALICE training for administrators in early August. PPS employees hid under desks, where they were shot at with high-powered Nerf guns. They learned to distract a shooter by throwing foam balls at him while screaming and running. And, they developed scenarios for their own schools and plan to instruct their staff in ALICE tactics this coming school year.

PPS parents may opt their students out of ALICE training at any time.

A two-day training and certification for 50 PPS administrators cost $16,500. An online course to recertify 65 district employees, who in 2016 became ALICE trainers, cost $650. Overall, the PPS school safety department’s budget for 2019 is $7.2 million.

PPS chief operations officer Pam Capretta told PublicSource that the district uses ALICE for its drills because “it is the best.”

One PPS principal who participated in the August training said it provided skills that seemed common sense and doable in the classroom. “What I appreciate about this training is that you can stop a shooter without introducing another firearm,” he said.

Highlands School District entered a contract with the ALICE Training Institute for the 2018-2019 school year. The district paid $595 for ALICE instructor certification training for one district employee. No fees were incurred during the 2017-2018 school year.

Some other school districts in the region have avoided costs associated with active shooter training by relying on local law enforcement.

Brentwood Borough School District did not have any records for safety contracts during the two years requested. However, Right-to-Know officer Amy Burch wrote in an email to PublicSource:

“In August of 2017, we did pay $10 for our then Director of School Police to be recertified as an ALICE instructor.”

Under Act 39 of 2018, Pennsylvania schools must conduct a school security drill with students, in place of a fire drill, within the first 90 days of each school year. In June 2018, Gov. Tom Wolf signed a bill to allocate $60 million a year for schools to use in security upgrades or safety programming.

“If you arm my teachers with guns, I quit... but each teacher should be responsible for the safety of his or her students.”

Pennsylvania school districts were eligible to apply for up to $6 million for security support, whether it was security trainings, technology upgrades, violence prevention or other activities supported by the statute.

“Schools should be safe, secure places for our children to focus on their education and on preparing themselves for a lifetime of success, not another place we need to worry about sending our children. Awarding these grants to more than 200 schools means a safer Pennsylvania,” Wolf said in a May 2019 press release.

According to Capretta, PPS hasn’t received additional money from the state for safety and security measures.

In the two-day ALICE training, administrators discussed whether students, especially those from kindergarten through fifth grades, should participate in ALICE drills. However, many agreed the training was important for staff.

“If you arm my teachers with guns, I quit,” another principal said, “but each teacher should be responsible for the safety of his or her students.”