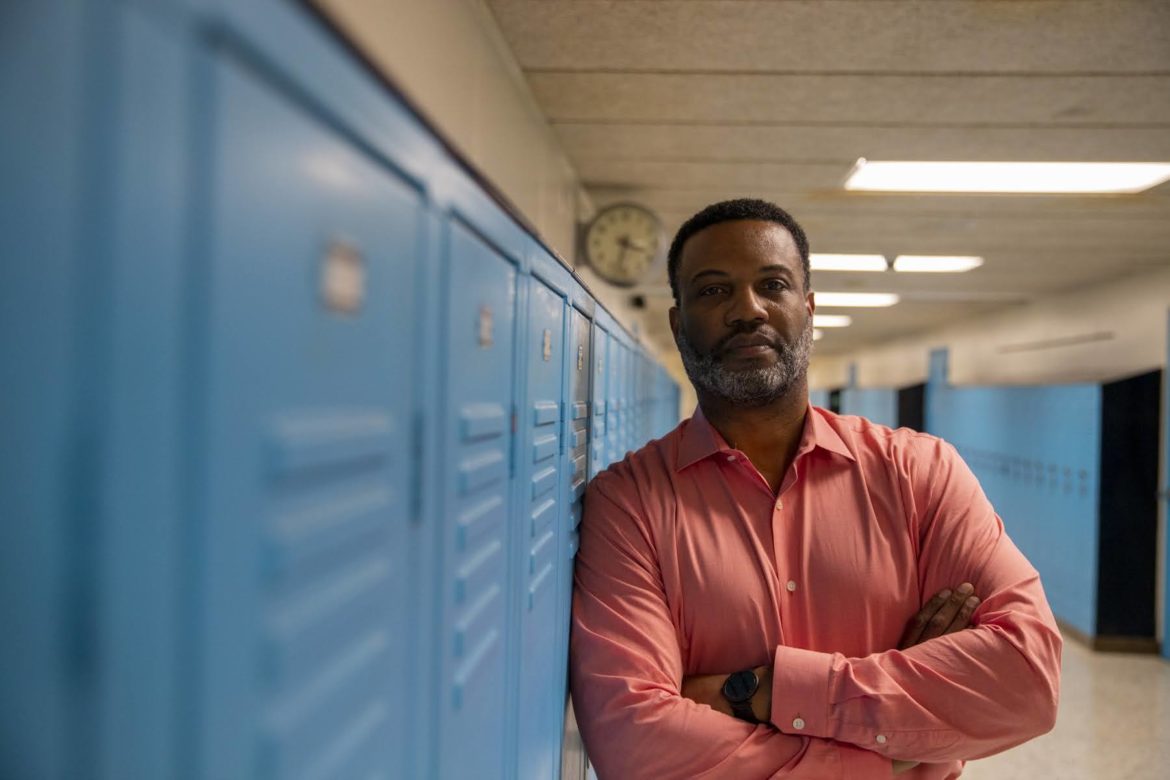 As communities grapple with the role of policing on their streets, youth advocates and educators are also considering — and sometimes fiercely debating — whether police should have a presence in schools.

At Pittsburgh Public Schools [PPS] — the area’s largest district, with an enrollment of 22,859 — advocates and protestors called for removal of police from the district’s police force. Police are staying, but the district has approved a resolution which will require the district to create a public database that combines school police data with student demographic information. This follows a recent study by the Black Girls Equity Alliance noted that school police is the largest source of referrals for Black girls in Allegheny County and has an outsized role in criminalizing Black youth.

Could policing be reimagined in schools? The Woodland Hills School District — with a notably smaller enrollment of 3,310 in the 2018-19 school year —  eliminated police from schools after a two-year phase out. The district’s superintendent believes it’s changed the school environment for the better, though he notes that it’s crucial not just to remove police, but also to increase student and staff supports.

On his first day as Woodland Hills superintendent in 2018, James Harris said he noticed two Churchill borough police officers who were assigned to the district wearing full SWAT tactical gear, as students shuffled off buses and entered the high school for the first day of school.

Immediately, he had the officers trade their bulletproof vests for khakis and polo shirts. While they were still identified as police, this would be the beginning of a culture shift when it came to policing at Woodland Hills. This realization helped lead the district into phasing out police presence in their school.

Due to the pandemic, students at Woodland Hills are only partially in school for in-person instruction, but Harris describes the positive change he’s seen since they started reducing, and finally eliminating police from school (they still have unarmed security guards). Harris spoke with PublicSource to discuss how the atmosphere has changed and how this idea can be considered in other districts.

The conversation with Harris has been edited and condensed for brevity and clarity.

Question: Can you describe the environment at Woodland Hills when the district had police officers?

James Harris: The administrators who were there prior really relied on police intervention to help manage behavioral problems and discipline within the building.

When the new administration came in, they started to minimize the role of police officers and take over the daily discipline and the behavioral situation in the building. It made it less confrontational, it made it less tense — and those are words that students have used with me when I asked them a couple years ago, when I got here. … Last year, pre-COVID, we were down about 70% in our incidences. Just having a stabler, calmer environment; we had less blow-ups between students and staff.

Q: How long did Woodland Hills not have school police prior to shutting down because of COVID-19 in March?

Harris: This is the first year we have no police. The officers prior to us getting here would be involved in the day-to-day happenings with what was going on with the students. When [High School Principal Phillip] Woods got here, he said that he's going to keep control of the building, and he'll call [the police] when necessary. Very rarely were they ever called, so the officers sat in the office all day. 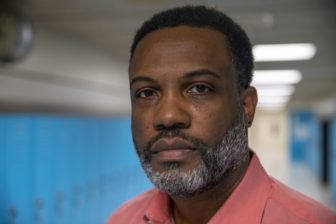 Superintendent James Harris, a former military police officer, describes how the atmosphere at school has improved after a phase out of police. (Photo by Jay Manning/PublicSource)

Then it got down to one [officer]. And now, we realize we don't need any. So, it was a gradual approach to removal. That's the key to removing the police.

A lot of districts say, ‘Well, the police officers are mentors, and leaders of the community and they work with the kids.’ That's great, but when they put that uniform on, they're in the role of a police officer. When they bring that role of police into the building, it does create an environment that is a bit more tense than if they were not police, just by the nature of the role.

Q: How were you able to get staff, students and families on board?

Harris: The phased-out approach — it showed not having a need. I think people will be very nervous if we just said, ‘OK, we're getting rid of the police,’ but didn't put any other supports in place. We still have our counselors, our behavioral interventionists and a great leadership staff in the building.

Q: How did the culture change as police presence began to phase out?

Harris: It's less tense. When you introduce a law enforcement officer into a situation, there’s very little gray involved; it's either black or white. What we did not want to have continue to happen was the criminalization of adolescent behavior. Once again, you and I are walking in the hallway and you smack me on the back of the neck pretty hard… Well, that could be construed as assault. In the high school world, that's just two 16-year-olds being buddies. The officer sees that and may file charges for assault, or I complain because you hit me too hard then you have a fine or summons because of it.

Instead of us going to the principal's office and talking through our issue and shaking hands and going back to class, there's now a summons involved, then a court appearance. Parents are involved, it's a $200 to $300 fine, which is silly when all I had to do was resolve it would be a handshake and, ‘Hey, don’t smack me anymore.’

Q: As police presence phased out, has anything surprised you?

Harris: When procedures and practices were put in place where they were no longer necessary, some of the officers who were here said, ‘Why am I even here?’ That's the success, when the officer says, ‘You don't need me here.’

They go, ‘I have other stuff to do in the community where I can be serving better than sitting in a room waiting for two 16-year-olds to smack each other on the neck, this is silly. I don't see the reason why I should be here. But if you do need me, please call, I'll be happy to come and work with the kids...’ That's what the conversation turned in to.

Q: How are challenges addressed and solved now?

Q: How has your background as a military police officer shaped the way you handle discipline at Woodland Hills?

Harris: I'm not anti-police. I have cousins who are officers, I have cousins who are in law enforcement and in the judicial system. I was never trained in the military police academy to patrol a high school. We didn't do that; that's not our role. I just don't think that's the job for them to do — that's for the principal, teachers and counselors in the schools to do.

Q: On Sept. 23, the board of Pittsburgh Public Schools approved a resolution aimed to increase school police transparency and help to stop the school-to-prison pipeline. Does Woodland Hills collect data around arrests and citations? Do you need that data to understand the problems, or were you just able to take action?

Harris: When I first got here, we started collecting our write-ups, or incident referrals. That's how I can tell you when we're down about 70% of our write-ups, meaning incidences where a teacher says that the student did something — an infraction. Imagine decreasing that infraction rate almost 70%. That frees up the administration to do other things.

We didn't need three years worth of data to make a decision. We knew week-to-week, we can see changes based on the minor adjustments that we were doing. That allowed us to act immediately … We're looking at the data, which you have to gather, but my team...we all sat down and said, ‘OK, this is how we should adjust and adapt to our environment, and how we can offer supports.’

Harris: Schools are generally non-violent places, and if there are situations where you need police, sometimes if you add a more rigorous, interesting curriculum, students have something to do, and that will redirect them. You don't need police to control the hallways at school to keep it calm. You need to make sure that the students have respect for each other, respect for the teachers and respect for themselves.

When I met with students at the high school, they said they understood the reason why we would have police for outside threats because of the way society is moving. However, with the redesign of the high school and a lot of our buildings are safer, they're harder to get in if you're an outside person trying to do some bad stuff in a school.

Q: In the 2018-19 school year, there were 1,381 students enrolled at Woodland Hills Jr./Sr. High School. How do you feel this change can be scaled or replicated for other districts who may have fewer resources or a larger population, like PPS, with an enrollment of 6,263 grades 9-12? How can these other districts replicate this given their own circumstances?

You just can't pull police out, that doesn't require any support. If you're remodeling your house and there's a support beam, you don't just knock that beam out because you don't want it there, you have to put supports around it. You bring in experts, you bring in an architect, you bring in an engineer, you bring in the city inspector to the building inspector to look at that and make sure that all the supports are right before you take that beam away, and that's what we did. We added a number of supports, and then we pulled the heavy beam away, and it opened everything up.

Q: Why is it important for students, especially now in our world, to have that support and go to a school where they feel welcome?

Harris: Any business or any organization wants people to feel welcome, but the students have a lot of needs, and so do staff. They need to feel like they have a voice and that they are being listened to. The police don't do that, and you hear police complain; they're being called out to intervene in situations where they shouldn't be the ones doing it.

What we did was instead of having police show up for something, we have mental health people, we have behavioral interventionists, we have principals, we're all trained, teachers who are trained to de-escalate and talk to the students and community members, so that they do feel that they're in a place of shelter.

Kellen Stepler is an editorial intern for PublicSource. He can be reached at kellen@publicsource.org.