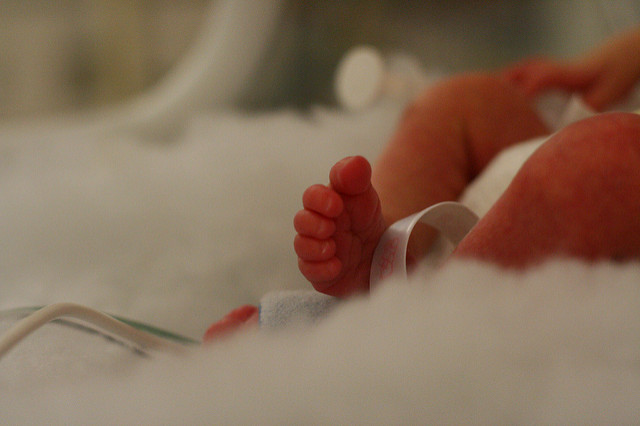 Beginning in July, the Pennsylvania Department of Health will collect data about all babies born addicted to opioids.

The longstanding problem is that data are scarce about the number of babies born dependent on drugs, according to a joint WITF/ NPR story. Pennsylvania Department of Human Services [DHS] Secretary Ted Dallas said the department has relied on “reasonably good” estimates.

About 3,700 babies on Medicaid were born with neonatal abstinence syndrome between 2013 and 2014 in the state, according to WITF.

Neonatal abstinence syndrome occurs when a pregnant mother takes opiates or narcotics, which causes the baby to become addicted. After the baby is born, he or she can experience withdrawal symptoms like vomiting, diarrhea, seizures and trembling.

According to the state data, 31 babies died before their first birthdays, likely as a result of their addiction.

An accompanying NPR story cites research that estimates an opioid-dependent baby was born every 25 minutes in 2012.

Dallas told WITF there are still limitations because the data they have is two years old and only covers Medicaid patients. He said it’s up to the Department of Health to track more comprehensive numbers.

The Pennsylvania system to track births is still being developed. According to the story:

[N]eonatal abstinence syndrome will be added to the Pennsylvania's list of reportable diseases, meaning that every time doctors diagnose a baby with the condition, they'll be required to notify the state.

Treating the infants is costly and time-consuming. The newborns are weaned off opioids with methadone, and need time to be held by their mothers alone in quiet rooms.

Each infant's stay in the hospital can stretch past two or three weeks, and can cost $10,000 or much more. Then the babies need follow-up visits.

In other states, doctors and policymakers are coming to understand the importance of real-time data.

The article cites a 2014 report by the Association of State and Territorial Health Officials that indicates a patchwork of states are making efforts to ease the reporting of neonatal abstinence syndrome.

Tennessee, for example, saw a rise in neonatal abstinence syndrome in 2012, and one doctor commented that hospitals were “bursting at the seams.”

According to the story, “it’s now mandatory for doctors and hospitals to report cases… within 30 days.” The system is simple — like ordering from Amazon or other online services.

The system also shattered the perception that mothers are using illicit drugs. WITF reports that in most cases, the mothers are receiving drugs prescribed by healthcare providers.

As a result, the state alerted doctors to the issue, recommending they try to change their prescribing habits, and offer alternatives to opioids, especially to pregnant patients. The evidence-based shift in prescribing recommendations only came about because health officials had solid data they could share.

Recently, the federal government unveiled guidelines that would strictly limit the number of people prescribed painkillers and the amount of drugs they could receive.

Implementing such a system in Pennsylvania will mean that the state would “be able to better deploy resources as it tries to solve a health problem that's getting worse,” according to Dallas.