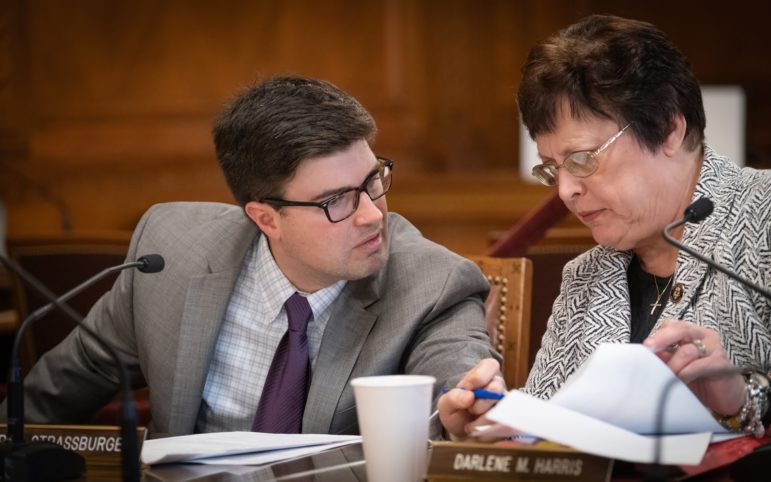 Now that Donald Trump and Congressional Republicans are in charge of the federal budget, funding to Pittsburgh groups could shrink.

Peduto lauded among U.S. mayors, but knows Pittsburgh has much more to figure out during Trump presidency

Mayor Bill Peduto looked glum. Soon-to-be Vice President Mike Pence was on the stage speaking before a packed ballroom at the 85th winter meeting of the United States Conference of Mayors. Peduto sat in the back listening along with other mayors, aides and staffers. Pence’s speech, delivered to an audience of about 500 people, focused little on the nitty gritty — he advocated for infrastructure investment, education reform and more support for law enforcement, but he didn’t go into details on policy plans or execution. The former Indiana governor catered to his audience, emphasizing that “mayors are on the front line of public service,” and that “this new administration will work in partnership with city halls all across America.”

As Pence concluded his speech to less-than-enthusiastic applause, Peduto muttered.

Half of 2016 murders in Pittsburgh are unsolved. How does the city stack up, and what needs to be done?

Pittsburgh police investigated 59 killings in 2016, one of the most violent years in recent history. Only 29 murders were solved, and all but two of the unsolved cases had black victims.

Myths and truths about gun violence in Pennsylvania

Guns kill 1,400 Pennsylvanians every year. That’s a clear, round statistic, but it’s a complicated one, encompassing deaths in our biggest cities, small towns and rural areas. PublicSource has spent the last three weeks taking a closer look at these deaths and what can be done to prevent them.

What effect will Trump’s win have on studying Pittsburgh air pollution?

Environment Scientists in Pittsburgh and around the world fear how a Trump presidency will affect their work.

Emergency hospital stay? A newborn? It didn’t stop these patients from voting.

Politics The contractions had started picking up around 10 p.m. Sunday, and they hadn’t stopped when she woke up in the morning.

If you're not on the voter rolls when you show up at the polls, but you know you're registered to vote, don't despair. Pull up a voter registration database on your phone and prove it.

Pittsburgh’s police chief resigned. Can the reforms he brought endure?

Chief Cameron McLay was recruited to reform the Pittsburgh Bureau of Police. On Friday, he announced his resignation.

We, at PublicSource, frequently use data in our reporting about Pittsburgh. Using data is the difference between talking to the police chief and getting anecdotal evidence about a problem and leveraging data to find the real answer.

Here’s what state police are saying about fatal shootings…not much.

Pennsylvania state troopers were involved in eight fatal shootings last year, according to an internal report that tallies deaths but doesn’t give any further details about how they transpired.

Sponsored by: University of Pittsburgh Graduate School of Public and International Affairs

Sponsored by: University of Pittsburgh Graduate School of Public and International Affairs