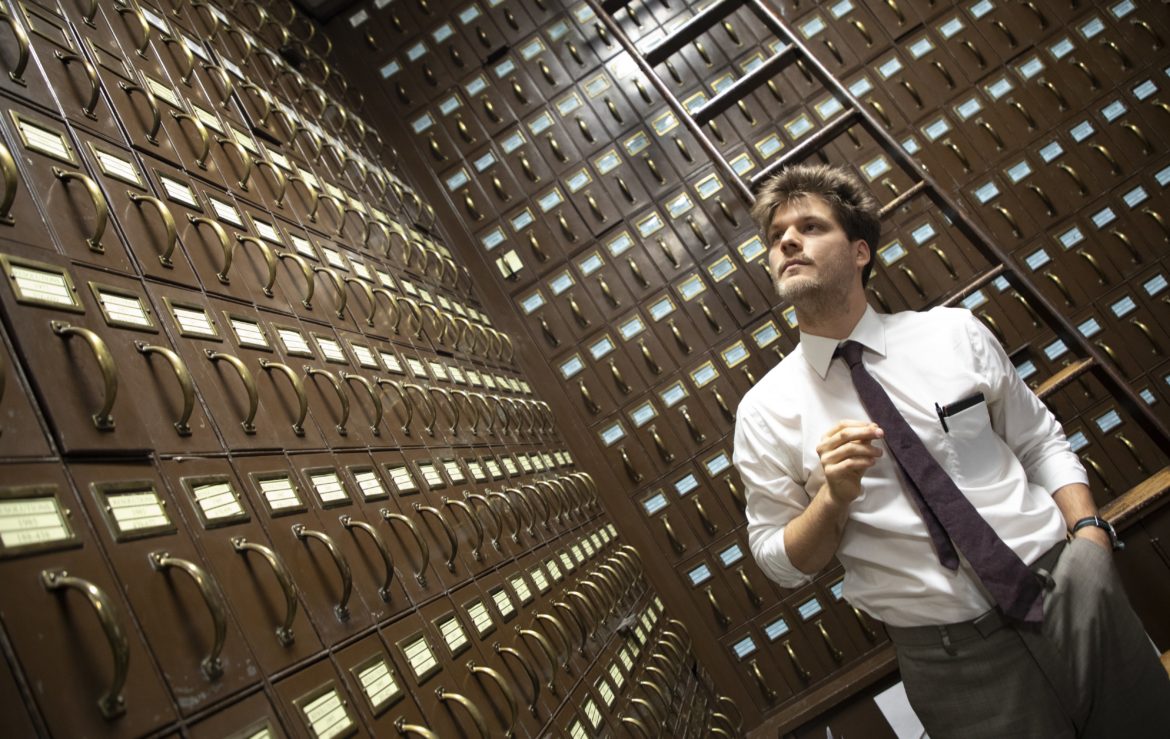 Suppose your favorite parking spot was replaced by a bike lane—and now you must park around the block to make room for the cyclists’ right-of-way. As a resident, you may wonder how much the city of Pittsburgh paid to have that bike lane installed and how it came about. Is that information available to you?

Generally, the answer is yes. In Pennsylvania, the Right-to-Know Law gives citizens and journalists the power to request information from every level of government, be it a municipal water authority or the governor’s office. The Right-to-Know Law is based on the assumption that all government business is public information, unless that business is subject to a specific exemption. For instance, documents that contain Social Security numbers or home addresses are often blocked from being released in order to protect individuals’ privacy.

But if you file a Right-to-Know request for that bike lane spending data, there’s no guarantee you’ll get what you’re after.

The city is working to give citizens more clarity on what records are available, but it’s a slow process.  A recently hired city archivist has been combing through old records for two years now in an effort to make city records more accessible. In the meantime, many citizens requesting those documents are left in the dark.

This lack of clarity on records availability and retention makes Pittsburgh unique in Pennsylvania. Other cities give their residents clearer guidance about what’s available for them to request, and more documents are available due to better organization. City Archivist Nicholas Hartley said Pittsburgh doesn’t keep track of its records because it was no one's job to do so.

“Frankly ... there's never been anyone in place to think about it,” he said. “The city is busy putting out fires, protecting the community and there's been no one in place who's specifically charged with records management.”

The Right-to-Know Law says nothing about what documents government agencies must keep track of. That’s where the trouble starts.

“Frankly ... there's never been anyone in place to think about it."

In some cases, the records you want might have been destroyed before you request them, but that’s not the only challenge a person might encounter when filing a Right-to-Know request. Sometimes, the documents still exist, but the city doesn’t know where they are or what it has. Older documents sit untouched in basements, and few are well organized. Cities where records are better organized typically list which records are available for citizens to request publicly.

A record retention policy—a policy that outlines which records the city must keep—could solve many of Pittsburgh’s organization problems. A retention policy would outline how long the city must keep records, the format in which those records are stored, and possibly whether those records are confidential. For example, Pittsburgh’s Department of Permits, Licenses, and Inspections, one of the few city agencies with a record retention policy, keeps the building permits for Downtown skyscrapers and all other commercial buildings until those buildings are demolished.

Howard Pollman, director of external affairs for the PHMC, drew a distinction between having a records management policy and managing records.

“Managing records and [having] a retention schedule are not the same thing, but having a schedule makes managing records easier,” he wrote in an email. He added that from the PHMC’s point of view, it is good that Pittsburgh is working on creating a record retention policy. 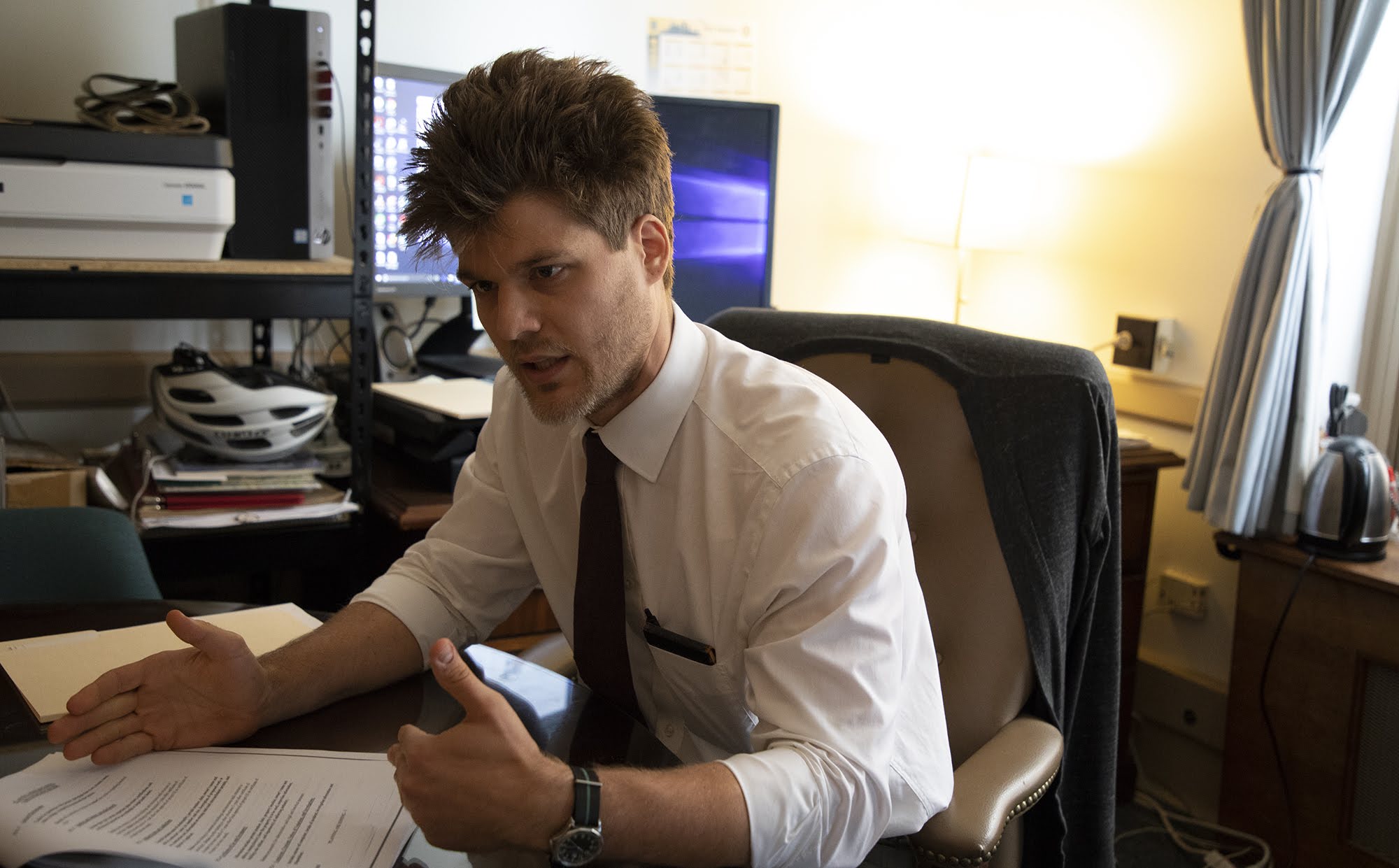 Pittsburgh’s lax record keeping has been well documented, although the city is making changes. In 2016, it hired Hartley, the archivist, to help manage city records. In the two years he’s been on the job, he’s sorted through boxes of old records in city basements and started crafting a system to manage everything. Creating record retention schedules for each city department is one of his top priorities, a task that includes talking with representatives from each of the city’s departments about what records they keep, how they’re kept and how long they should be stored. That includes the city’s 14 departments plus the Mayor’s office, Controller’s office, City Council and the City Clerk’s office. Hartley is planning to use the state’s guidelines for third-class cities and smaller municipalities as a baseline for designing Pittsburgh’s policies. Hartley said his work will allow citizens to have more access to city records.

“[Record retention schedules are] going to provide guidance for employees to know what should happen to their records and that is necessarily going to lead better, more consistent access for the public,” he said.

At PublicSource, we believe that transparency promotes accountability and informs citizens about actions of their government at all levels, so we requested the record retention policies for the city and each individual department. Cities often outline broad policies that apply to every department—such as Philadelphia’s citywide email retention policy—as well as specific policies for individual departments. The policies that exist in Pittsburgh are listed below.

To be clear, though: You can still file Right-to-Know requests even if an agency doesn’t have its own record retention policy. Right-to-Know requests are a great way to learn more about how the government functions. If you want to file one, fill out this form and send it to the city’s Right to Know officer via email, fax or mail. You can also drop off your request in person at the city’s law department (third floor, City-County Building).

More information about filing a request with the city can be found here and here.

The City Controller complies with the general record retention policies set by the Pennsylvania Historical and Museum Commission. Those can be found here.

City Council and the City Clerk

While the Commission on Human Relations doesn't have an official record retention policy, it does use several guidelines to maintain its records, according to Deputy Director Megan Stanley. Here's what it keeps:

According to a letter from the city’s Right to Know officer, the Department of Mobility and Infrastructure “does not have an official records policy.” However, all of the department’s projects projects paid for with state or federal funds follow Pennsylvania Department of Transportation guidelines, which are found here.

Office of the Mayor

Public Safety, including the Bureau of Police, Bureau of Fire, Bureau of Emergency Medical Services and Bureau of Animal Care & Control

Public Works, including the Bureau of Environmental Services, Bureau of Operations and Bureau of Facilities

Editor's note: This story has been updated with additional information from the Commission on Human Relations.

4 thoughts on “Pittsburgh is the only city in Pennsylvania without a record retention policy. Here’s why that matters.”