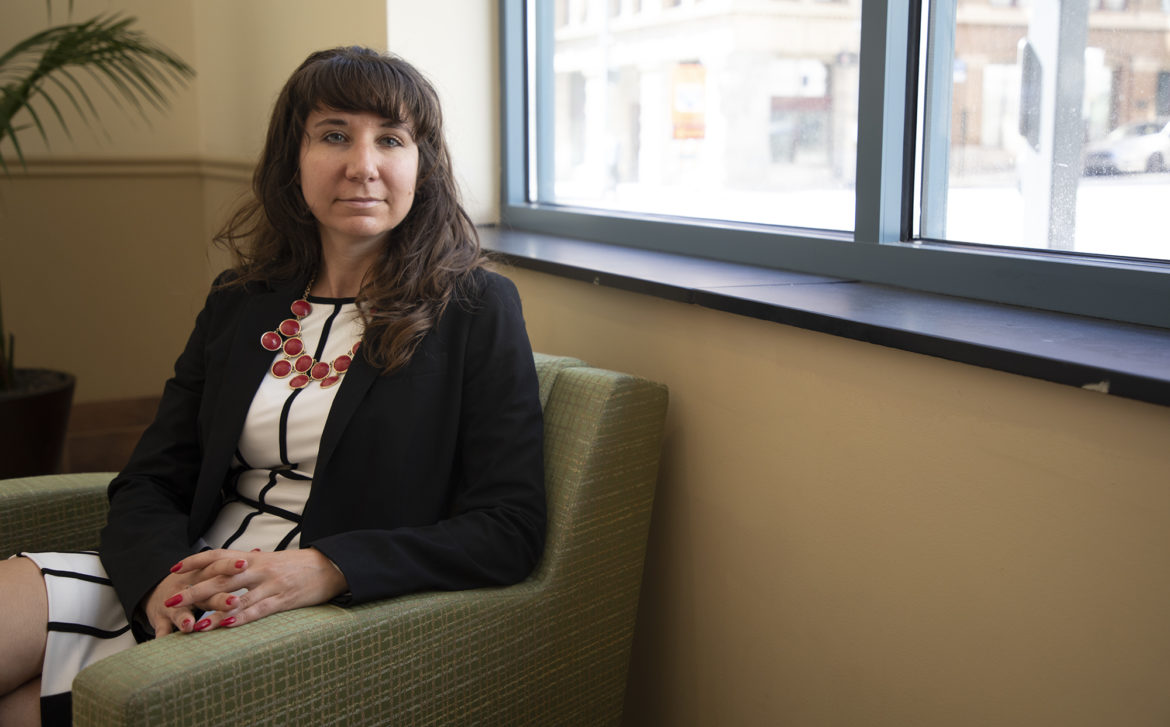 With the confirmation of Brett Kavanaugh to the Supreme Court of the United States, I am left fighting a sense of helplessness and despair. Many Americans hoped that Christine Blasey Ford’s testimony, alleging the judge had sexually assaulted her when they were teenagers, would impact the confirmation process.

Instead, survivors around the nation were sent the message: “We don’t believe you. And even if we did, your experience doesn’t matter.”

I didn’t watch the hearings live. I spent the day at the Gwen’s Girls Equity Summit, focusing on ways to eradicate the inequities Black girls experience in educational, health care, juvenile justice and child welfare settings. While Dr. Ford was forced to share the gruesome details of her past traumatic experience, I was paying witness to brave Black girls speaking out about their experiences of sexual violence today.

These courageous Black girls told stories of being groped in hallways, catcalled inside and outside of school and being suspended for not conforming to sexist and racist dress codes. They talked about not being believed or supported when they tell adults about sexual violence. And they know that they are treated differently than their white peers. One 17-year-old Black girl said, “In this country, women are one step behind. And Black women are three steps behind.”

Despite the fact that the #MeToo campaign was founded by Tarana Burke, a Black woman activist, this anti-sexual violence campaign has largely overlooked the sexual harassment of Black girls in K-12 schools.

Even in the scientific research on sexual harassment, Black girls are invisible. A landmark 2011 survey of 1,965 students conducted by the American Association of University Women found that 56 percent of girls reported being sexually harassed at school. Unfortunately, this survey did not measure race or ethnicity, so it was unable to shed light on the possible intersections of gender and race.

In fact, Black girls are often blamed for their own victimization. Black girls who report being sexually harassed are often told that they need to change how they dress to avoid being mistreated. The policies and procedures within many K-12 schools promote a culture of sexualization of Black girls.

Instead, survivors around the nation were sent the message: “We don’t believe you. And even if we did, your experience doesn’t matter.” 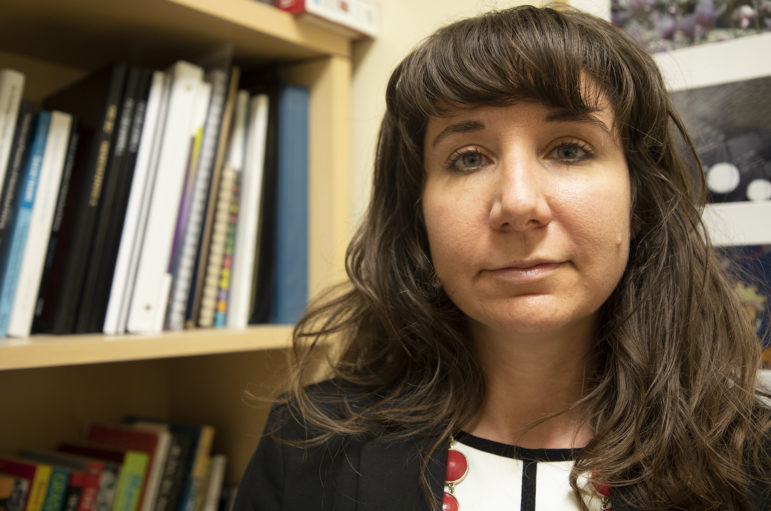 Britney Brinkman, an associate professor at Point Park University, said black girls who experience sexual violence were sent the message during the recent Supreme Court confirmation hearings that they would not be heard if they came forward about their experiences. (Photo by Kat Procyk/PublicSource)

The National Women’s Law center released a report documenting Black girls’ experiences of being “dress coded” — being called out or disciplined because of a dress code violation. Black girls are removed from the classroom and sometimes sent home when they are perceived to be in violation of strict policies that disproportionately target them.

Black girls may face disciplinary consequences when they report or defend themselves against sexual harassment in school. When Black girls speak up about sexual harassment, they may be perceived as “causing trouble” and may be punished, rather than supported. Black girls experience disproportionate rates of suspension and expulsion from school compared to White girls and are frequently suspended for discretionary offenses (e.g. being “disrespectful”) and for defending themselves from harassment from their peers.

One result of adults’ responses to Black girls’ experiences of sexual harassment — ranging from dismissive to punitive — is girls’ unwillingness to report these incidents. In public-service announcements released by the No More K-12 campaign to end sexual harassment in schools, Black girls described that their reluctance to report sexual harassment stems from fears of retaliation by peers and the belief that no one in their schools will help them.

There is a growing movement to challenge the causes of Black girls’ invisibility.

The findings will be used to support collaborations with districts in Western Pennsylvania to end sexual harassment in schools. (I am a member of BGEA and leading some of the work in this area.)

There is a growing movement to challenge the causes of Black girls’ invisibility.

You can bet that Black girls are seeing the videos and reading the op-eds, and hearing the passionate claims that Dr. Ford must not be believed. And you can bet that they are asking themselves, if this is how a “perfect” accuser — a White, married, highly educated woman described as being credible — is treated, why would they ever dare report?

Dr. Ford was incredibly brave to share her experience of sexual abuse publicly, and she has paid a high price for doing so. For Black girls, the price is even higher. Justice cannot be done for them — or any girls and women — unless we continue to fight. Now, more than ever, we must shed light on Black girls’ experiences of sexual harassment through comprehensive research and strategic advocacy, centering the voices of Black girls and working collaboratively for social change.

Britney G. Brinkman is a licensed psychologist, associate professor and Psy.D. practicum coordinator in the Department of Psychology at Point Park University. She can be reached at bbrinkman@pointpark.edu.