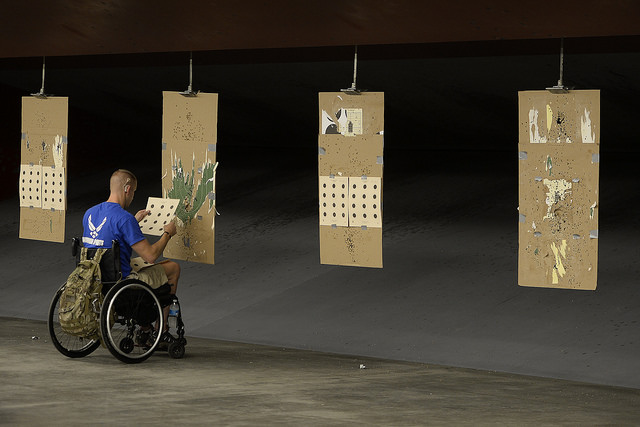 Veterans and lawmakers are challenging a 23-year-old Veterans Affairs policy that excludes insurance coverage of in vitro fertilization, which could be a wounded veteran’s only chance of having a biological child.

According to a Washington Post story, Congress banned the coverage of these treatments when the concept of assisted reproduction was much more controversial. Since then, it has become a widely-accepted method of conceiving.

The law also predates the wars in Iraq and Afghanistan, where widespread use of improvised explosive devices (IEDs) in attacks on U.S. forces has caused far more reproductive injuries than in past conflicts.

[The Post reports that there are] thousands of young post-combat couples who are struggling to start a family after blast injuries left them unable to conceive naturally.

VA officials have said they would support any legislation that continues to restore the lives of injured veterans.

Sen. Patty Murray (D-Wash.) introduced a bill that would allow the VA to pay for in vitro fertilization [IVF], surrogate pregnancies and adoption. She called the ban “a shocking gap, outdated and just wrong.” The funding in Murray’s plan would come from $568 million designated for combat operations, according to the Post.

Rep. Jeff Miller, the Republican chairman of the House Veterans’ Affairs Committee, objected to that money being used for these purposes and proposed a bill that would cover only IVF with an unspecified funding source.

IVF is an expensive procedure that isn’t always successful on the first attempt. One couple said their next round of IVF would cost $25,000. Others told the Post that without the coverage, they have decided to go into debt or forgo further education in order to afford the treatments.

Legislators tried to eliminate the ban on coverage last year, but it was unsuccessful because of funding concerns.

In 2012, the U.S. Defense Department started to cover IVF for active military members, but only during a specific window, from the time of their injury to their discharge from the military:

… a period of hospital stays, surgeries and adjusting to their new postwar bodies. Many wounded veterans describe it as the most stressful and disorienting time of their lives.

“The timing was just all wrong. It’s the time when you are trying to learn to shower and get your mind around the fact that you will never walk again. I wasn’t in the position to think about starting a family at that moment,” [Army Staff Sgt. Alex Dillmann] said. “Yet the pressure was on.”