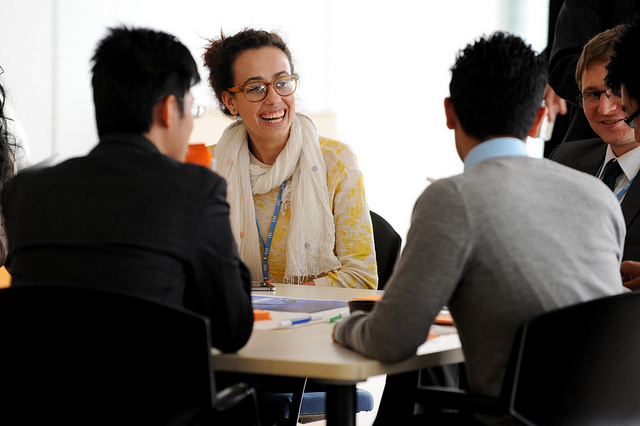 People might be referring to Pittsburgh as the Silicon Strip, but that doesn’t mean the city is ready to compete with the West Coast just yet.

The director of Uber’s Advanced Technology Center (ATC), John Bares, spoke with members of the Pittsburgh Technology Council on Thursday and said he’s “struggling” to find qualified candidates to hire.

Even as Pittsburgh bursts with technological innovation, Bares said university graduates aren’t sticking around and the city needs to move faster to compete with the West Coast.

When Uber was looking for employees in Pittsburgh last year, the rideshare company — controversially — plunged into Carnegie Mellon University’s ample pool of qualified researchers and scientists.

The tech industry in Pittsburgh has grown since then. Facebook announced in January that it was setting up shop in Pittsburgh, joining Google. Uber is also planning to build a testing site at the Almano Development Center in Hazelwood.

Following its growth, Uber has opened up scores of positions. The ATC currently has more than 60 available positions listed on its website.

“If you showed me 100 of the right people, we'd hire them tomorrow,” Bares told the the Pittsburgh Tribune-Review. But, he added, he’s having trouble recruiting people when he’s competing with the likes of San Francisco, Seattle and San Jose.

In a 2015 series on millennials, PublicSource reported that more young people are deciding to stay in Southwestern Pennsylvania every year, and that in general, millennials want to live in cities with bikeable neighborhoods and easy access to transportation.

But, according to Bares, even though a high number of millennials are coming to Pittsburgh’s universities for top-notch education in engineering and computer science, they aren’t staying.

Instead, Bares has recruited “a lot” of people from the West Coast, according to the Pittsburgh Post-Gazette.

“We’re constantly relocating people to Pittsburgh,” he said on Thursday. “Uber’s here to stay. This is the center of what we do.”

In 2015, Pittsburgh was 21 on Forbes’ list of Best Cities for Millennials, with more than 18 percent of the population 25 to 34 years old.

The number looks promising for companies that want young workers, but William Frey, a demographer for the Brookings Institution, said big city growth has to be viewed in context.

Frey told the Post-Gazette that the increasing number of millennials living in cities doesn’t necessarily mean they’re there to stay.

“My theory is that some of these young people are staying there, hanging out, until things get better and then they will move to grown up places,” he said.

Bares told members of the Pittsburgh Technology Council that the only way to support the technology boom was to keep targeting young people and make it so that they want to stay.

“If any of you have anything to do with making Pittsburgh better for young people, keep on it and hard, because that's what we're competing against,” he said.