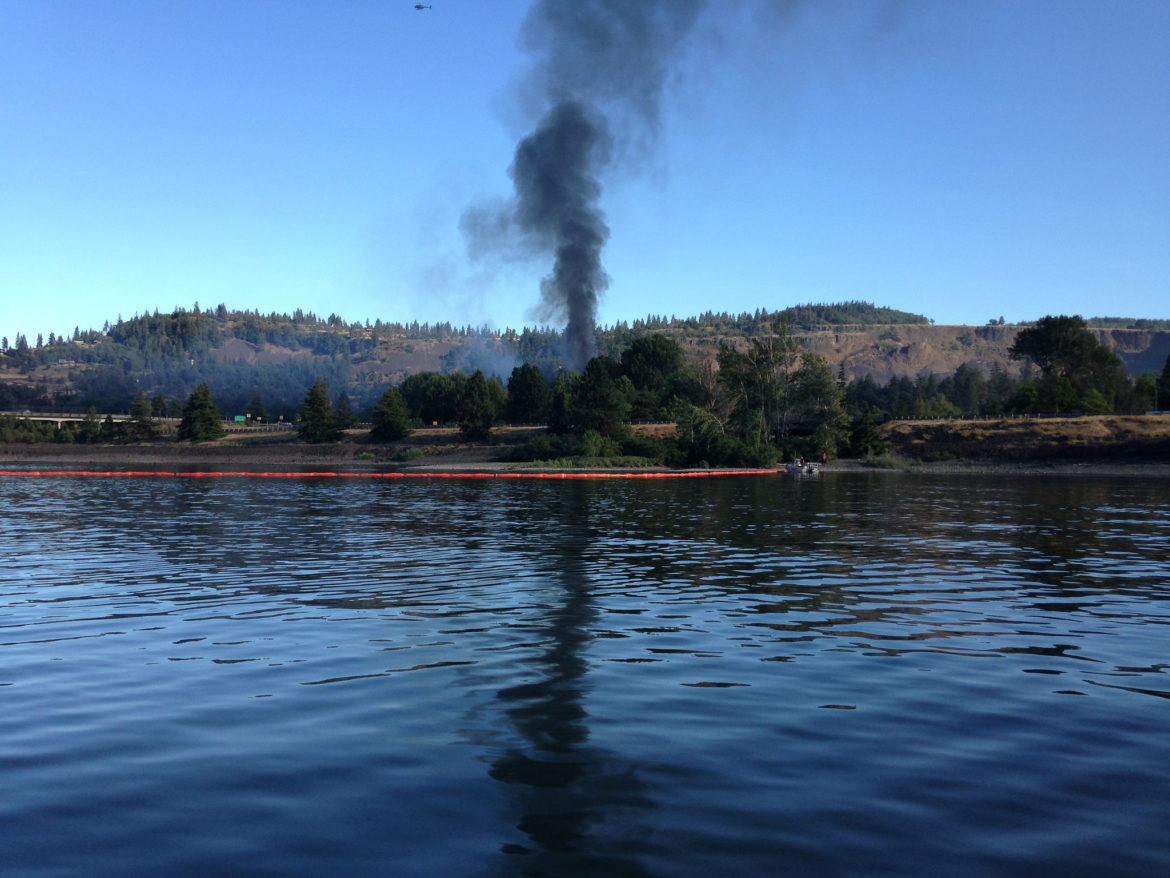 Derailment after derailment. They just keep happening. And June was a busy month for crashes.

To keep up with these incidents, new safety regulations and other train derailments across the country, PublicSource provides a roundup of stories each month.

Investigators say that one or more broken bolts caused the June 3 derailment of 16 tanker cars filled with crude oil — four of which caught fire, releasing 42,000 gallons of oil and resulting in the evacuation of the nearby town of Mosier, Ore. The broken bolts were specialized for curved sections of track and malfunctioned even though the train was traveling 26 mph in a 30 mph zone. The Union Pacific railroad is unsure why the failure occurred, but has suspended shipments of crude through the Oregon side of the Columbia River Gorge for the time being. Union Pacific is checking similar bolts in curved sections of its 32,000 miles of track in 23 states.

Nine empty Norfolk Southern rail cars flipped off the tracks in Harrisburg on May 31. There were no injuries, however Amtrak passenger trains were delayed. The local fire chief criticized Norfolk Southern after the company failed to communicate the incident to authorities. An investigation into the cause of the derailment is slated to be completed by the end of June, as reported by an ABC affiliate.

A BNSF coal train traveling through Lincoln, Neb., derailed Tuesday morning, causing 15 of the train’s 135 coal cars to spill. The derailment occurred just outside the train yard, and no one was injured.

And another train derailed in Tulsa, Oklahoma...

The derailment of two cars because of a faulty joint in the rails blocked a downtown Tulsa street on June 2 for most of the day. No one was injured in the derailment.

In Baltimore on Monday, a dozen empty CSX cars and one carrying acetone, a highly flammable liquid, derailed in a Baltimore railroad tunnel. Clearing the Cumberland-bound train from the tunnel took CSX crews more than 24 hours. No chemicals were spilled, and no one was injured. The derailment is under investigation, a mechanical problem is expected and the FBI ruled out foul play.