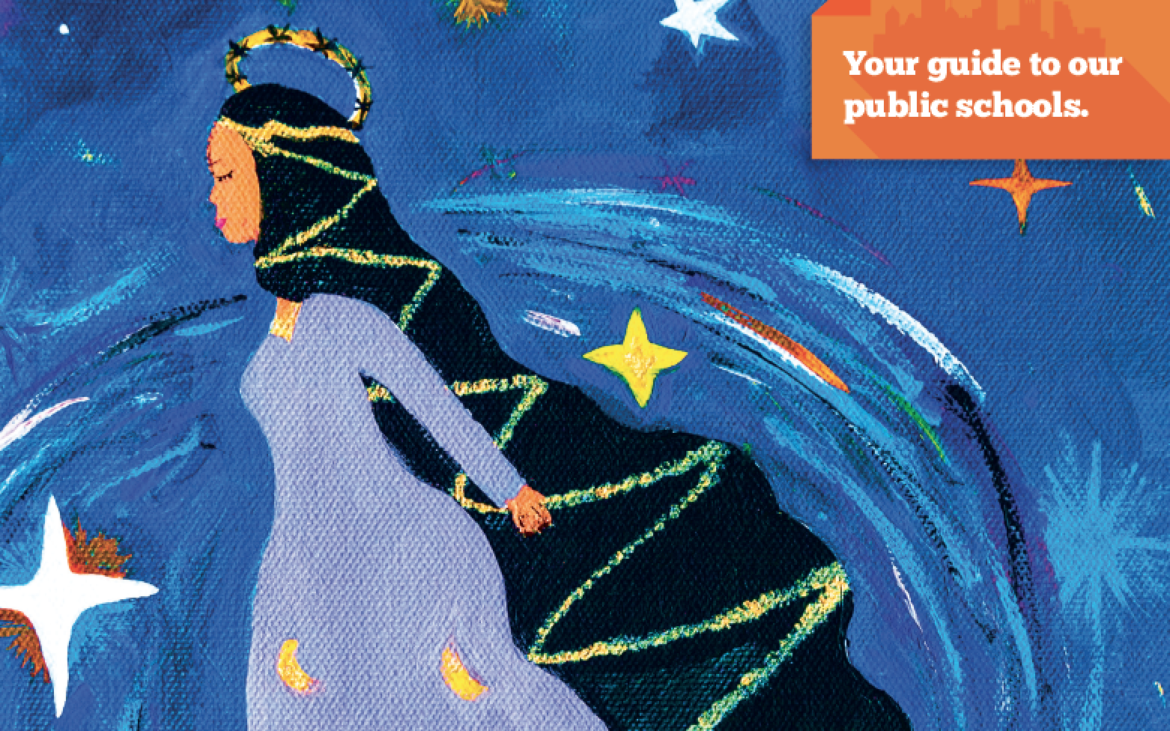 The cover of the A+ Schools Report to the Community for 2018. Illustration by Adrionna Love, who was a senior at Pittsburgh Obama 6-12 last year. (Courtesy of A+ Schools)

In Pittsburgh Public Schools, suspensions dropped, more students reached third-grade reading proficiency and college completion rates exceeded the national average. But the good news is not enjoyed equally by black and white students in the district.

James Fogarty, executive director of the A+ Schools advocacy group, delivered this information as part of the group’s annual report to the community on Monday at the Hill House.

Despite an overall decline, black students are five times more likely to be suspended than white students. The report points out that black students make up 53 percent of the student population, yet they accounted for three-quarters of students suspended at least once.

While third-grade reading scores have increased, 29 percent fewer black students are proficient in reading compared to white students, Fogarty said. Third-grade reading proficiency is significant because it marks the transition from when students learn to read to when they read to learn.

PublicSource reported in September on the significant racial achievement gaps between black and white students in the Pittsburgh schools based on the 2017-18 Pennsylvania System of School Assessment [PSSA] and Keystone Exams.

And when it comes to college readiness, the gap persists. The data shows a difference of more than 40 percentage points between black and white students in meeting SAT college-ready benchmarks. 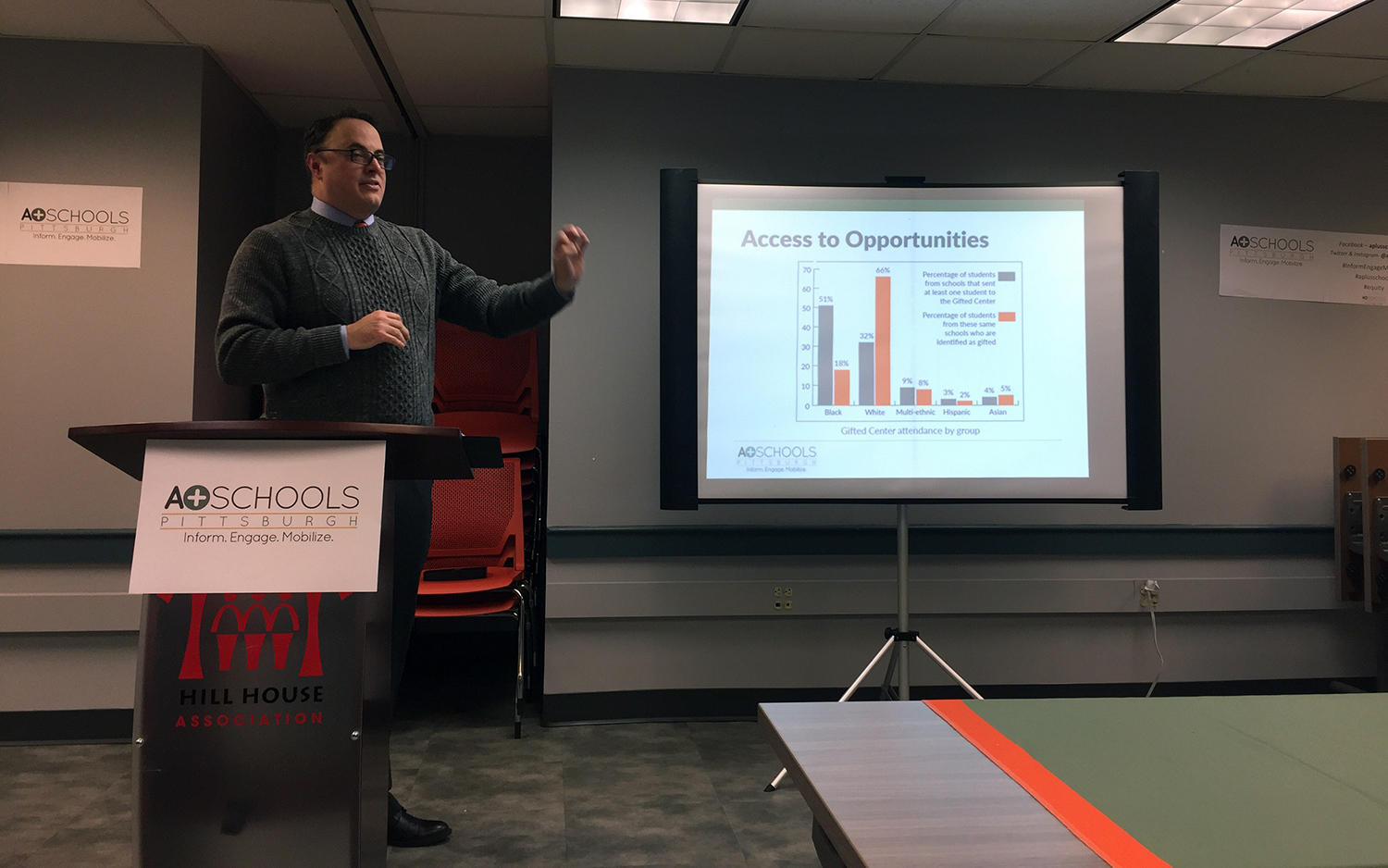 James Fogarty, executive director of A+ Schools, explains the results of the advocacy group's annual report. (Photo by Mary Niederberger/PublicSource)

Pittsburgh Superintendent Anthony Hamlet, who attended the A+ press conference, said he was happy with the positive developments but acknowledged there is still work to do in the district. He reiterated a mantra that he introduced at the district’s report to the community in September — that the race to success in the district is “not a sprint, but a marathon.”

Fogarty pointed to an enrollment increase of 234 students last school year. While modest, the numbers put an end to a trend of downward enrollment over the past several years.

Hamlet attributed the increase to parents re-enrolling their students in Pittsburgh schools. However, he said the district has not yet been able to determine if students are returning from charter or private schools or homeschooling.

He pointed to Pittsburgh Weil PreK-5 in the Hill District as a positive standout with 62 percent of black students hitting reading proficiency targets in third grade.

Fogarty said math scores across the board for Pittsburgh students were poor in the 2017-18 school year. On the PSSA exams, 76 percent of students in grades six through eight, or about 3,800 students, did not test to grade-level standards, which could impact their ability to take higher level courses.

Fogarty said the ability to take algebra I by eighth grade is important because it will give students access to college-preparatory math by the time they leave high school. In the 2016-17 school year, 37 percent of students took algebra by eighth grade. The percentage increased by 2 percent in 2017-18.

Of all the students who took the Keystone Exam in algebra, 68 percent of white students scored proficient or above, as compared with 33 percent of black students.

The district’s students aren’t equally prepared for life after graduation. The Pittsburgh Promise provides college scholarship money to students with a GPA of 2.0 to 2.5. Among eligible students in 2017-18, 92 percent of white students and 70 percent of black students qualified.

Throughout the district, 37 percent of white students were enrolled in Advanced Placement courses, as compared with 13 percent of black students. A nearly identical disparity existed between the races of students who were taking Centers for Advanced Study courses. 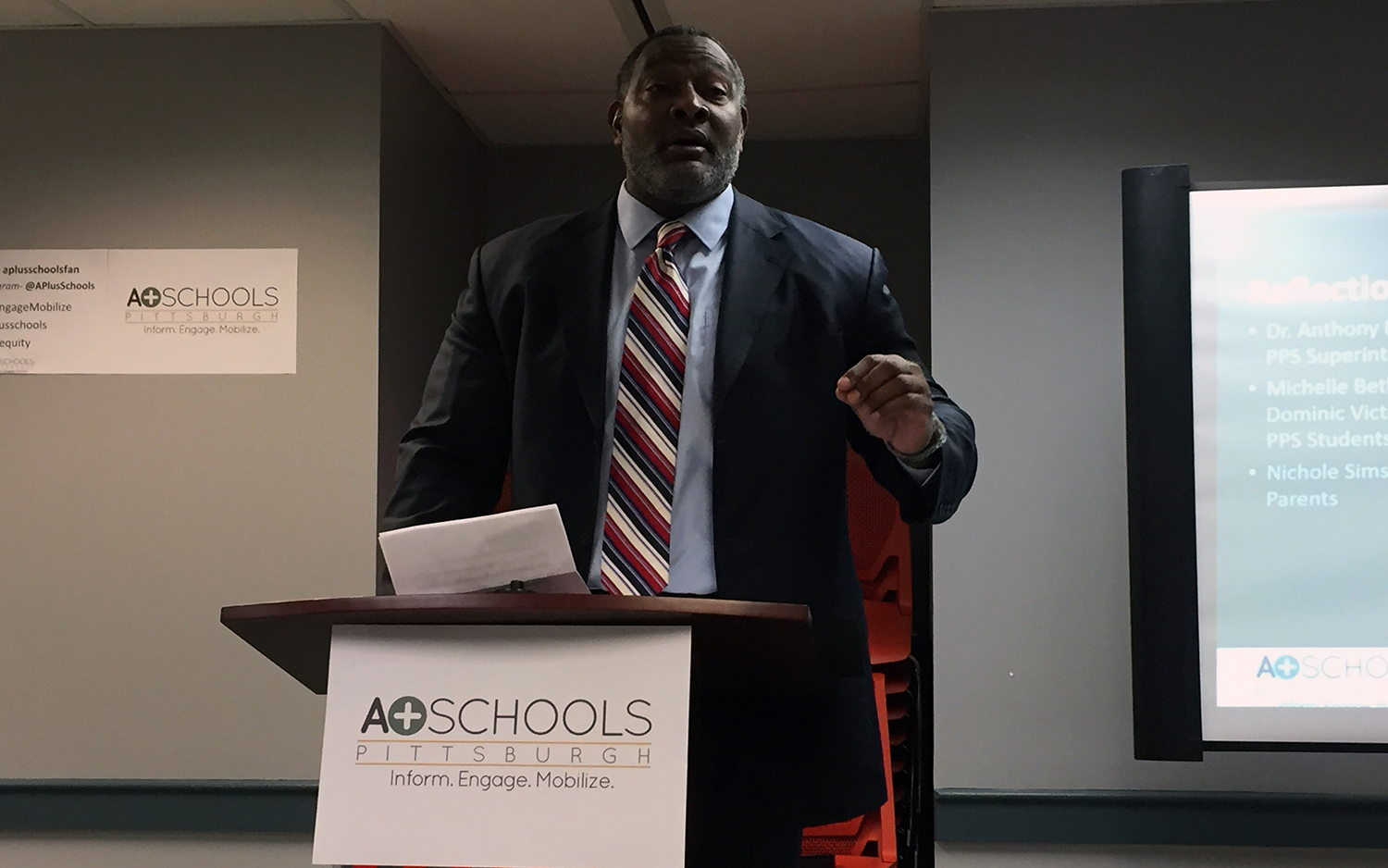 Pittsburgh CAPA 6-12 led the district with a 55 percent completion rate. Pittsburgh Westinghouse 6-12 had a rate of 8 percent, the lowest in the district.

Chronic absenteeism applies to students who have missed 10 percent or more of school days, and it continues to be a problem in the district. However, the data shows slight decreases in K-8, middle and 6-12 schools. The rate is 46 percent for 9-12 schools, up 5 percentage points. But again, the data varies widely from school to school. The lowest absentee rate was at Pittsburgh Science and Technology Academy 6-12, which had a rate of 13 percent. The highest was at Pittsburgh Perry 9-12, which had a rate of 72 percent.

According to the state Department of Education’s Safe Schools statistics for the 2017-18 school year, the number of suspensions dropped overall from the previous year, but black students continued to be suspended at the same rate as the previous year. The A+ report looked at suspensions but did not list this yearly data.

The state numbers show schools issued 4,023 suspensions to students in 2017-18. Of that total, 3,149 of suspensions were issued to black students.

The A+ report showed other subgroups are also disproportionately represented in suspensions.

Hamlet blamed the increase on the growing number of students caught bringing marijuana on school property, explaining that drug infractions warrant an automatic expulsion. He said the district has instituted a new drug and alcohol awareness program in the schools to reduce those numbers.

Aside from test scores, the A+ report looked at the academic growth in individual schools. Even in some schools where students weren’t hitting proficiency targets at appropriate rates, the data showed they are still making at least a year’s worth of academic progress.

Hamlet commended A+ Schools for its annual report and said it coincides with his efforts to provide transparency.