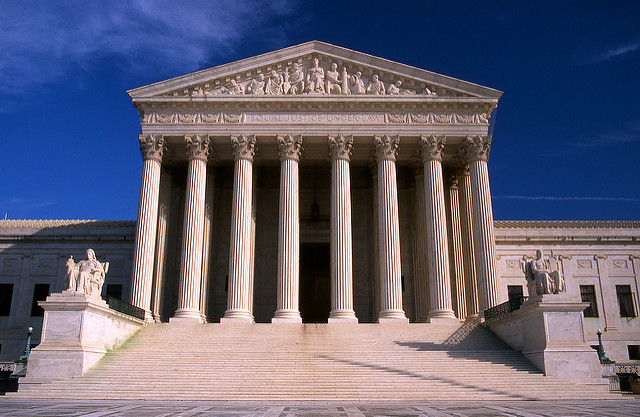 On Feb. 9, the Supreme Court ruled to temporarily block the enforcement of the Clean Power Plan while the District of Columbia Court of Appeals considers a lawsuit brought by 29 states against the plan.

The 5-4 vote to put a stay on the plan prevents the Environmental Protection Agency from taking action to further the plan, but does not restrict state governments.

“Pennsylvania will continue planning and engagement with stakeholders on the Clean Power Plan, pending final decision by the Supreme Court,” Jeff Sheridan, press secretary for the Office of the Governor, said in an email to PublicSource. “We will continue to closely monitor the ongoing legal process.”

The battle to stop the Clean Power Plan began in late January when 29 states, led by West Virginia and Texas, issued a petition claiming the plan was too oppressive and would wreak havoc on the state’s economies.

Eighteen states, including Pennsylvania, retaliated with another petition on Feb. 4, stating the plan would “protect their residents’ health and welfare from the dangers of climate change,” and postponing action would only open up states to more “lasting and irreversible” consequences.

Under the EPA regulations, states are required to submit a proposal outlining how they would reduce carbon dioxide (CO2) emissions by September 2016. States can apply for a two-year extension but are still expected to see results by 2030.

The plan aims to reduce CO2 emissions from power plants by 32 percent from 2005 levels nationwide. In Pennsylvania, the state must reduce its CO2 levels by 33 percent from 2012 levels.

In 2012, Pennsylvania produced 1,682 pounds of CO2 per megawatt-hour and released 117 million tons of CO2 emissions in the air, according to Pennsylvania Department of Environmental Protection (DEP) data released in December.

According to Wilson, the Pennsylvania Department of Environmental Protection has taken “concrete steps” to developing a proposal to reduce carbon emissions but is not ready to release anything official yet.

Pennsylvania Gov. Tom Wolf has been a supporter of the plan, and has also taken steps to reduce other emissions that have been found to damage the environment or endanger public health. In January, Wolf announced his plan to focus on the prevention and reduction of methane leaks.

Community organizations, including PennFuture, are calling to continue action to improve air quality despite the Supreme Court’s decision.

In a press release responding to the Supreme Court’s ruling, PennFuture called for a “redoubling of Pennsylvania’s efforts to take immediate and decisive action to reduce carbon emissions.”

“The reality is that the failing economics of coal and the boom and bust cycle of the natural gas industry is not only damaging our planet, but also harming our communities and economy,” Larry J. Schweiger, president and CEO of PennFuture, said in the release. “We need aggressive action on carbon reductions and a strong climate action plan for Pennsylvania now regardless of what the federal government does.”

Wilson agrees that a switch to clean energy could quell concerns in both health and industry fields by creating new jobs in the clean energy sector.

“It’s becoming more and more clear that clean energy really is the future,” Wilson said. “A lot of people in industry are opposed to it, but really public opinion, and at this point the administration and DEP, are very much in favor of the plan.”