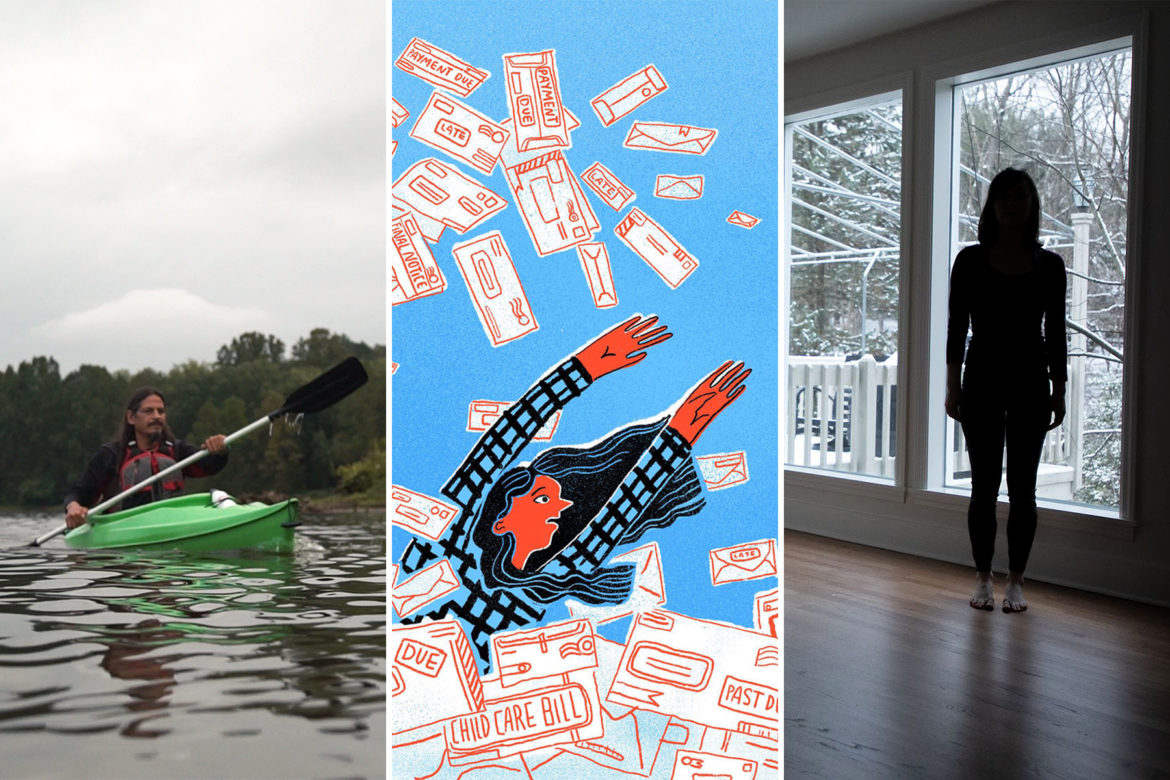 From left to right: A photo of degawëno:da’s, who was featured in the Good River project; an illustration from the Low Wage Living project; an image of Jamie Kunning, who wrote about mental health.

PublicSource has been honored with six state, regional and national awards for coverage in 2019. From toxic chemicals in the environment to first-person perspectives on mental health and a deep look at what it means to live on low wages in Western Pennsylvania, these awards honor excellent reporting of stories often left untold.

While PublicSource does not measure its impact in awards, we believe it’s important to recognize the work of journalists and express gratitude to the people who trusted PublicSource with their stories.

Below are the highlights:

Good River: Stories of the Ohio

PublicSource visuals producer Ryan Loew, Allegheny Front managing editor/reporter Julie Grant and Pittsburgh-based freelance photographer Njaimeh Njie were honored for their work in the Good River: Stories of the Ohio project. They received first place for environmental reporting in the Society of Professional Journalists’ [SPJ] Keystone State Chapter Spotlight Contest. A judge wrote that, “this entry’s multiple stories were impeccably reported, meticulously researched, crafted with precision and great storytelling effects. What a remarkable collection of stories centered around pollution on the Ohio River.”

The Good River project was led by PublicSource and produced in partnership with six other nonprofit newsrooms: 100 Days in Appalachia, The Allegheny Front, Belt Magazine, Environmental Health News, Eye on Ohio and Louisville Public Media.

PublicSource reporter Oliver Morrison and Kristina Marusic of Environmental Health News received honors for their series of reports on PFAS chemical contamination in the environment in Western Pennsylvania. They won first place for health and medical writing in the SPJ Spotlight Contest and were also honored with a Carnegie Science Award for Science Communicators.

PublicSource received further accolades in health and medical reporting for a series of first-person essays in which Pittsburgh-area community members described their experiences living with and receiving care for mental health disorders. Eli Kurs-Lasky, Joey Murphy, Jamie Kunning, Mike McCarthy and Jordan Pearlman were honored with a second-place SPJ Spotlight Award for health and medical reporting.

Low-Wage Living set out to hear the realities and perceptions of people working in low-wage industries in the Pittsburgh region. PublicSource won second place for enterprise reporting in the SPJ Spotlight Contest for this project. A judge wrote that, “[Low Wage Living] is a fantastic example of how journalism can reflect policies that produce poverty in real life. Excellent dedication to an important issue of our time. Also, the interactive way this was told added to the compelling nature of the stories.”

Finally, the PublicSource team was awarded a national award by the Local Media Association for best local website under 250,000 unique visitors. The judges remarked on PublicSource’s “highly collaborative and well-articulated issue-based content,” and the clean website design.

We appreciate the recognition from awards committees. But even more important is the trust of people who shared their stories with PublicSource and the opportunity to continue to build a local newsroom rooted in facts, diverse voices and the pursuit of transparency.

For those of you who support our journalism financially, thank you. And for those who don’t yet, please consider becoming a member with a donation that helps to ensure the future of local journalism in Pittsburgh.

If you have any questions or comments, reach out to PublicSource managing editor Halle Stockton at halle@publicsource.org.