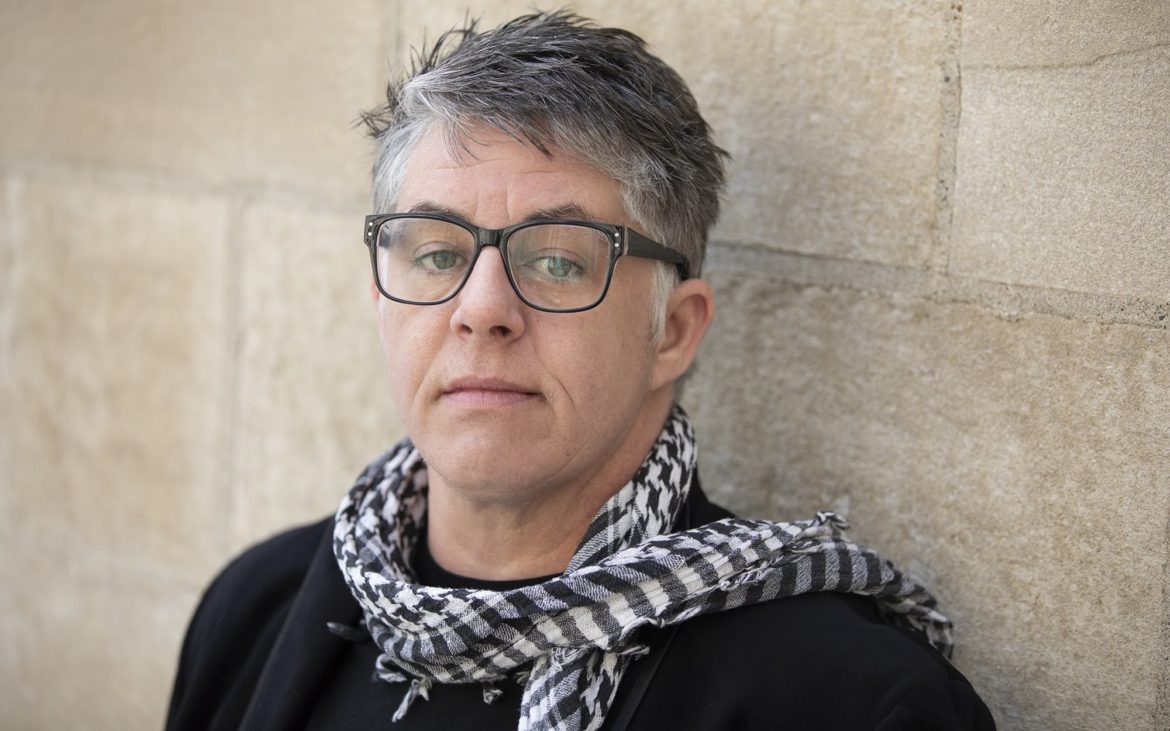 Growing up, Joey Murphy, 48, did not know she had what is now called Autism Spectrum Disorder. She shares the disorienting experience of life before diagnosis. (Photo by Kat Procyk/PublicSource)

“What is wrong with you?”

I can’t remember the very first time I was asked this question, but I was asked it all the time as a kid. I’d be humming along, doing my best at whatever I was doing, when all of a sudden, someone would shriek at me, and I’d discover that I had just invented a previously unknown method of doing the thing I was doing the wrong way.

You know me. If you’re over the age of say, 40, chances are you went to school with a girl like me. I was more or less on even footing with you academically, but I struggled with everything else. My physical movements were often spastic and jerky. I blurted rather than talked. I couldn’t hold a pencil properly. I got upset when rules weren’t followed. I was eager to please; yet I sometimes said the dumbest, rudest thing possible.

I spoke like a tiny adult but acted like a baby. I was easy to tease, easy to fool, and I had such an exaggerated startle response that it was hard to resist sneaking up behind me to make loud noises. You couldn’t have named it.

The teachers couldn’t even name it, but even in childhood, your lizard brain knew something about me was just…off.

As I grew up, I learned to mimic you, but it was never really natural for me. I am, hopefully, the last of the generation who were considered to be bad or lazy, but were actually in need of diagnosis.

When Asperger's syndrome floated into national consciousness and my own awareness in the mid-1990s, my only familiarity with autism was from a 1970s news show featuring children who alternated between banging their heads on walls and playing the piano like reincarnated geniuses. I can still recall one child, chained to a radiator, barking… I was nothing like those kids. I worked at seeming normal.

I was nothing like those kids. But…in my 20s, a loving friend sent me Temple Grandin’s first book, “Thinking in Pictures,” because it reminded him of me.

I was nothing like those kids. But in my 40s, a Facebook reunion with Kerry, a schoolmate who had known me from preschool through high school, added the final weight to the scale.

She and I hadn’t talked in 20 years, but the second that FaceTime connected she burst out: “I think of you every day! My son is autistic, and he reminds me of you every day.”

Someone who’d known me my whole life and who had a modern understanding of autism was pointing out the bleeding obvious: You are autistic.

After we hung up, I spent the rest of that night searching the Internet for “girls with Asperger’s” and crying.

I sought formal diagnosis. It was 2013. The young, helpful neuropsychologist had no problem, after hearing my childhood stories, diagnosing me with Asperger’s. I was 42. I was tired of being a disaster. My hope was that the diagnosis would open up access to support and therapy for executive dysfunction and sensory integration. It did not. The syndrome is widely associated with children, and there is a dearth of treatment options for adults.

I was in grad school then. The disability support office at the University of Pittsburgh provided me with a wonderful academic support counselor who referred me for more sophisticated testing. A neuropsychologist, who did more testing — an IQ Test (my IQ has gone down!) Minnesota Multiphasic Personality Test (definitely anxiety) memory test (looks like some attention deficit disorder) — quickly concluded that I was too intelligent and too personable to be autistic. I know from my Facebook groups that this is frequently used as grounds to deny women an Autism Spectrum Disorder [ASD] diagnosis. We don’t fit the male profile of ASD, so we must not have ASD. Comparatively speaking, research on autism skews toward males to an acute degree. 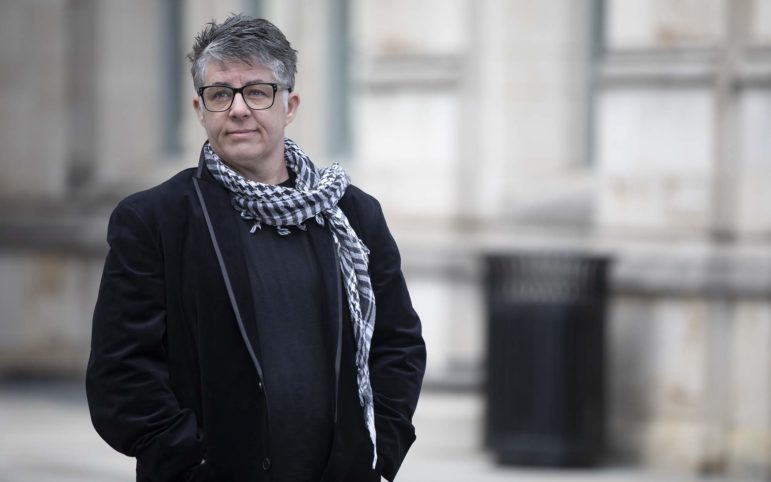 Joey Murphy considers herself among a "lost generation" of women who were not considered autistic because they were not male. (Photo by Kat Procyk/PublicSource)

In 2013, the Diagnostic and Statistical Manual of Mental Disorders [DSM] had changed Asperger’s from a specific diagnosis and instead grouping it under the broader umbrella term Autism Spectrum Disorder.

Asperger’s had a relatable public image. People “got” it. ASD is a little abstract. Even without gender-specific research, I know that with my diagnosis, my life expectancy is statistically much shorter than someone without the diagnosis, known as a “neurotypical.” This might be because I find dealing with strangers so uncomfortable that I avoid medical care. However, I am likely to also have comorbid conditions as a result of (undiagnosed) autism: depression, post-traumatic stress disorder, anxiety and low-self esteem. I have learned to mask those symptoms as well. Undiagnosed autism is itself a sort of baked-in, recurring trauma.

I am more likely to die by accident, maybe because I am clumsy or maybe because I have a hard time sequencing actions and interpreting signals. For instance, every time I am at a crosswalk I have to re-learn, from scratch, what the flashing images on the crosswalk signal mean. I am also more likely to die by suicide than neurotypicals. Post-traumatic stress disorder and depression take a toll on me and may be amplified by alexithymia (an inability to name and prioritize feelings).

As a young girl, I was far more vulnerable to sexual abuse because I might have missed social warning signals. I was more likely to be abused by a parent, teacher or guardian because I was so damn irritating, and subsequently, as an adult, I am more likely to be a victim of domestic or partner abuse.

I am likely to have ADHD, dyslexia and other learning disabilities. Other problems like prosopagnosia (face blindness) or topographical agnosia (place blindness) may not harm me ‘academically’ per se but they cause many problems. I’m always getting lost and running late. Acquaintances may find me rude: It’s not that I don’t know your name, it’s that I don’t remember your face. These aspects of the disability can have real economic consequences; work and business are all about networking, a skill at which I am not effective. People on the spectrum are more likely to live in precarity and poverty than those not on the spectrum.

I turned 48 in January, and this new understanding of myself has been transformative in my world. But I wonder, besides me, how many women’s talents and energy were lost to this world in the same way?

I had lunch with my friend Pat recently. She’s worked in the autism services field for decades, and I wanted to pick her professional brain because I was having trouble tracking down census numbers for how many women and girls are diagnosed each year and how that number had changed since the DSM changed criteria and awareness had improved.

In between bites of absolutely the blandest dish I could find on the menu, I asked her:

“No one.” My jaw dropped. I’d assumed that change in the DSM signaled a new era in research.

Joey Murphy is a freelance writer and writing coach. She teaches at the University of Pittsburgh and can be reached at themurphyhypothesis@gmail.com