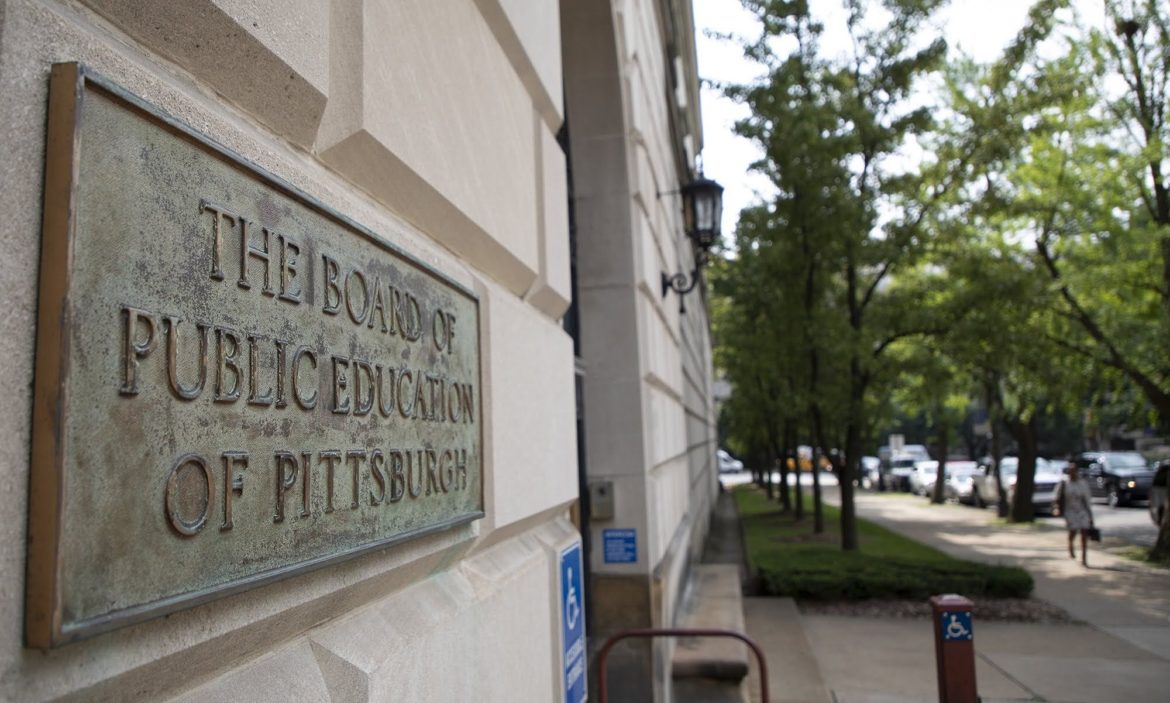 Many Pittsburgh Public Schools [PPS] parents were stunned when a Saturday evening robocall alerted them that school would be postponed a week due to “unexpected delays” in receiving technology needed for every student to access e-learning.

Questions flooded the district’s Facebook page, with parents and students inquiring about how the district made its decision and what will come next for students and teachers.

Related: Pittsburgh Public delayed to meet student tech needs, but still may not

Whether the demand for computers is going to be met is still in question. The district remains optimistic. But the school year will start either way.

PublicSource asked district spokeswoman Ebony Pugh some of the most pressing questions and added information addressed at Tuesday and Wednesday PPS board meetings. Here’s what we learned.

Editor’s note: The conversation has been lightly edited for clarity.

What encouraged district leadership to make the decision to delay school this past weekend?

Pugh: We wanted everyone to have what they needed. We didn't want some students not to have anything … to start the school year. … In order to ensure ...equity, you know, [an] equitable start for everyone, the decision was made to push the start date back a week.

When did district leadership start to first get the sense that maybe they weren't going to be able to meet the need?

Pugh: At the end of [last] week. We were supposed to be getting laptops late, late as in even Saturday afternoon. So we didn't, they didn't come in.

Will the district delay the school year again?

In a short presentation Wednesday, met with dozens of questions from board members, district officials said they would spend the first weeks of school focused on social, emotional learning and acclimating students to technology and software. Officials also said for students without devices it would rely on resources including DiscoveryEd materials, PBS programming and writing activities, some in the form of PDF files.

Pugh: Well, the main thing was deliveries not arriving as expected. And so deliveries have been continually [late], like the dates have changed for them. And then … there was actually more need than anticipated. … We had more people come out than expected.

Does this mean the school year will end later next year?

Pugh: There will be days that have to be made up in the calendar, and we're going to do a survey of families and staff that have them look at those options for what those days will be.

Did leadership foresee having to postpone school, given they know some devices might not come?

Here are other questions answered at Tuesday's school board meeting 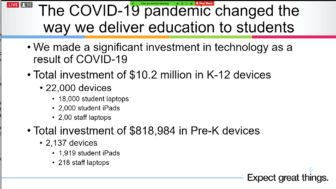 Pittsburgh Public Schools announced at a Sept. 1 school board meeting that it spent millions on devices for students and teachers across the district. (Screenshot)

How many students still need devices?

Based on the individual questionnaire responses, which are still being collected, 2,497 students still need device access and 2,574 need internet connectivity.

How much has the district spent on technology?

Chief Financial Officer Ronald Joseph said in a presentation to the school board Tuesday the district spent $10.2 million to purchase 22,000 devices for K-12 students and $818,984 on 2,137 Pre-K devices.