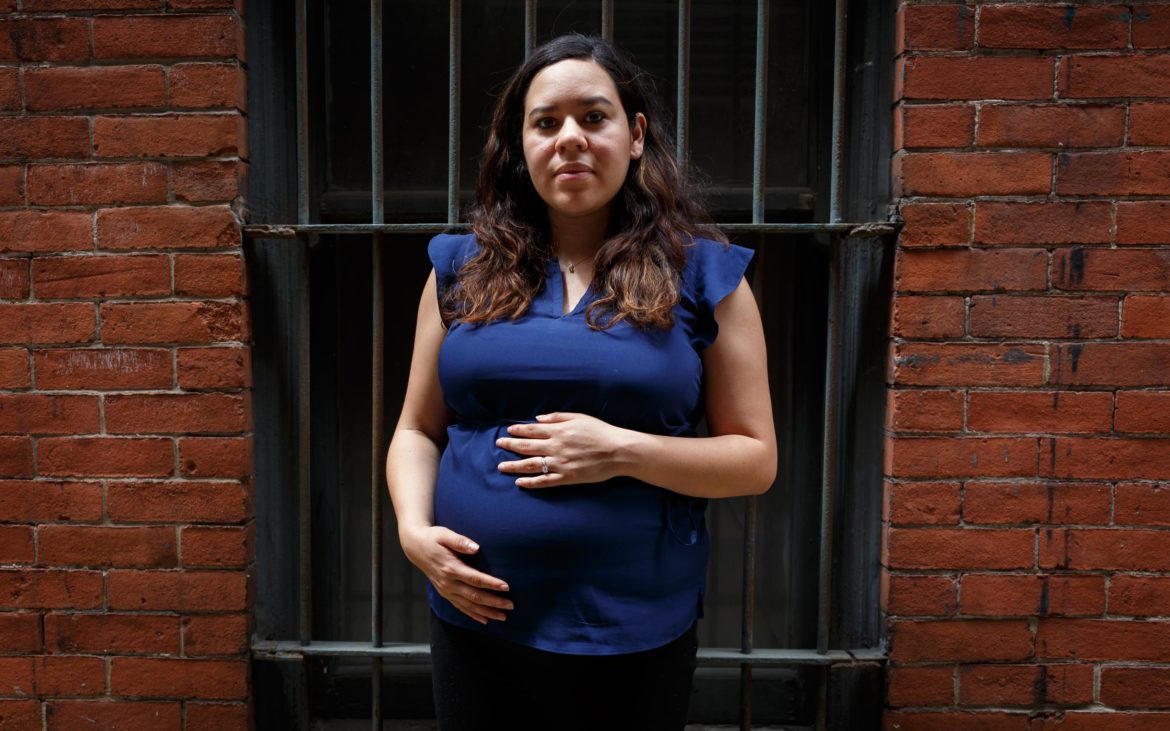 Fear is what I feel as I’m typing up this piece of my personal story amid the most recent outrage over the Trump administration’s stance on separating families at the U.S.-Mexico border. But that is exactly what the government wants me to feel.

We — the children of parents who at one point made the difficult decision to leave our home countries due to crime, poverty and abuse — are humans and we have a voice.

But the fear threatens us with the notion that if we dare share our stories, we are putting our families in jeopardy of being deported, having our citizenship revoked, ruining everything our parents sacrificed for us and, worst of all, being separated from one another.

Enough is enough. Our stories need to be shared. The damage our immigration system has already caused to children needs to be addressed.

I know this because I grew up in a mixed-status household and I, too, was separated from my mother.

When I was a baby, my parents made the decision to leave it all behind and uproot our family for the United States. They wanted to give my sister and I a chance at a life free of violence and poverty and filled with opportunity.

In the United States, I watched as my parents worked long hours and I witnessed the humiliation they endured by bosses who treated them like scum.

But at least in these difficult times we were together. Until we were not. 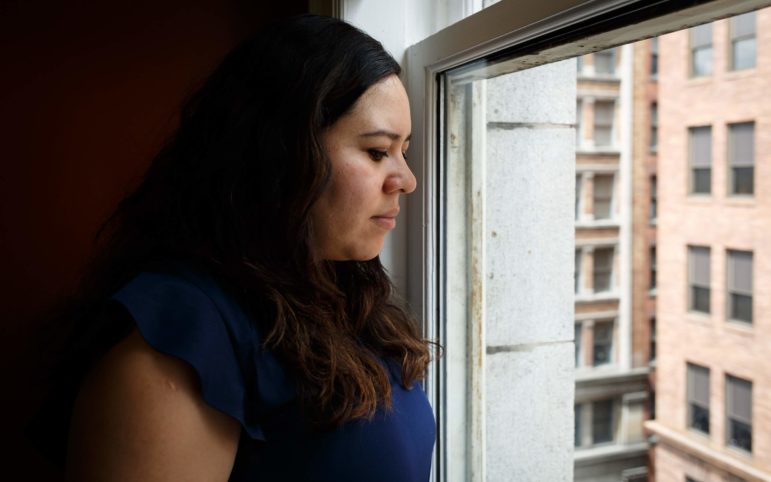 Rosamaria Cristello writes about being reunited with her mother after a three-month separation as her mother tried to make her way back to her family in the United States from Guatemala. "When we were finally reunited, I distinctly remember not recognizing her." (Photo by Maranie Rae Staab/PublicSource)

I was about 12 years old when my mother was put in a position no person ever wants to find themselves in. Her father was passing away in Guatemala. But due to the immigration system here in the United States, she knew that if she returned to Guatemala to be with him for his final days she would have to risk her life to come back to us. The relationship between my grandfather and my mother was strong, and it hurt to see her in such pain.

My mother made the heart-wrenching decision to be by her father's side. We knew what this meant: There was a chance we may never see her again.

A week after she arrived, my grandfather passed away.

After losing her father, it was time to come home. She had been gone for about three months.

Being separated from my mother as she made her way to the United States through the Mexico border was one of the most difficult, trauma-induced moments of my life. When we were finally reunited, I distinctly remember not recognizing her. She had lost half her weight. She looked so frail. All of a sudden, I felt an overwhelming sense of anger toward her. I could not understand the sacrifice she made of risking her life to be reunited with my sister and I. All I could think was, “How dare you make us go through this as a family?”

Being separated from my mother by these laws that do not put family first, not knowing if we would ever see each other again, is pain I carry with me each and every day. Even after being reunited with her, I miss her.

Being separated from my mother as she made her way to the United States through the Mexico border was one of the most difficult, trauma-induced moments of my life.

My mother, like most humans who have gone through this journey, refuses to talk much about her experience. What I do know is this: My mother fought hard to make it back to us. She ran through mud and barbed wire. She escaped kidnappings. She survived. My mother is a fighter, she is a warrior. And yet, my mother was never the same.

It is because of this life experience I have dedicated my life to supporting Latinos in the United States, and particularly in Allegheny County where I live. Not everyone understands the trauma and the real issues that children go through when growing up in a household where at least one member of the family is undocumented: the fear of being separated from your loved ones; the late nights waiting to hear the voice of family members or friends after they have crossed; or hearing how your parents have been treated inhumanely for not having documents.

We are not resentful. We are grateful for being born to parents who care enough about our lives and well-being that they have sacrificed everything for us. It ignites a fire within us to make something of ourselves.

I share this piece because we need to recognize that the reasons most of the families who are risking their lives to come to America this way is because there is no other way. Wouldn’t you risk it all to be with your family? Wouldn’t you sacrifice yourself to get your family away from a life of gangs and violence? Wouldn’t you decide to live in a country that doesn’t accept you just so your child could get a good education and a chance of a better life?

Now, months away from holding our first born, I understand.

We have heard in the news that from April 19 to May 31, close to 2,000 children have been separated from their parents and sent to detention centers or foster care by the Department of Homeland Security. This is part of the ‘zero-tolerance’ policy the Trump administration has put into place. The administration is trying to justify these actions by stating that the adults have committed a crime (regardless if they are coming to seek asylum or not) and, therefore, they need to be charged as criminals and taken to criminal court. Because the parents are being charged and not the children, parents cannot take their children with them.

Now, months away from holding our first born, I understand.

Conservative media outlets have distorted the story. They’re saying that the adults were “using” the children to cross into the United States in order to qualify for an alternative to detention as was possible under the Obama Administration. Amid the confusion, chaos and misinformation, we, as a country, have neglected to pay attention to the families who are fleeing real danger. Instead of providing asylum, we are not only closing our doors but also taking their children. This is inhumane. It is cruel. And believe me, it is not biblical.

A border wall will not solve the issue.

Separating parents from their children will not solve the issue.

Is President Trump using this tactic of separating families to get funding for his border wall?

Independent of who you voted for in 2016, I urge you to put your pride aside and come together on this issue that is truly affecting children. Not just today, but for a lifetime.

The psychological toll of separating parents from their children, even for a brief moment, combined with what the family is already going through, will cause a lifetime of trauma for these children. Are we really saying we are OK with this consequence so that America can send a strong message to the small percentage of individuals who may be abusing the system?

Immigrants are not here to take anyone’s jobs. They are not here to make life more difficult for those fortunate enough to be born in a country that believes in an individual’s right to life, liberty and the pursuit of happiness.

This is no longer a party issue; it is a moral issue that is taking us into pages of history that we vowed never to go back to.

So please, join me in speaking out, call your representatives today, tune out the politics and hear the stories on the ground. Stop voting for a party because it is what you have always voted for; vote for what the candidates stand for, research to make sure it makes sense and use your right to vote for humanity. But most of all, fight to make this tactic of separating families stop.

Rosamaria Cristello is executive director of the Latino Community Center, located in Pittsburgh. She can be reached at rcristello@latinocommunitycenter.org.

One thought on “I, too, was a child separated from my mother by the broken U.S. immigration system.”