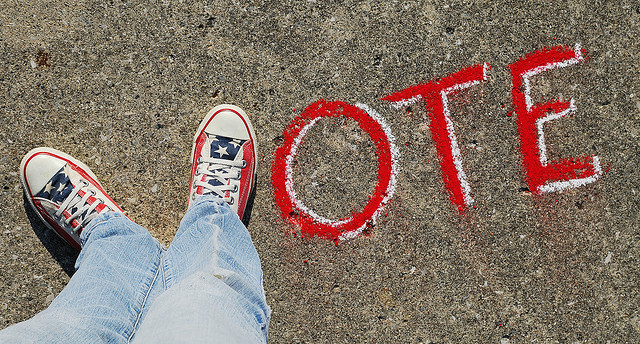 A coalition of 30 organizations created Keystone Votes, a group that will advocate for reducing the barriers between people and voting before the 2016 presidential election.

Keystone Voters will be staffed by Pennsylvania Voice, the state arm of a national organization focused on voter participation, and will lobby legislators to pass reforms.

Those reforms include allowing a voter to cast an absentee ballot for any reason; allowing 16- and 17-year-olds to register to vote when they get their first driver's license (even though they won’t be able to cast a ballot until they’re 18); voting on more days other than Election Day, which could include weekends; and being able to register to vote on Election Day and cast a ballot.

According to the editorial:

For many Pennsylvanians, particularly working people and caregivers, making it to the polls on Election Day can be a challenge. This is especially true for those who work long hours and double shifts, like doctors, nurses, and first responders. To ease these challenges, 33 states allow voters to cast their ballots during an early voting period before Election Day, which often includes opportunities to vote at night and on weekends.

Turnout in this month’s municipal election, which featured the election of three justices to the Pennsylvania Supreme Court, was 28 percent, according to unofficial results from the Pennsylvania Department of State.

Last year, Pennsylvania had its worst turnout in a midterm or presidential election year since 1998. Less than 42 percent of the state’s registered voters went to the polls in 2014, which brought Democratic Gov. Tom Wolf into office and a larger Republican majority to the state Legislature.

Pennsylvania was not alone in its poor voter turnout last year. Several other states also experienced the lowest voter turnout in years or decades.