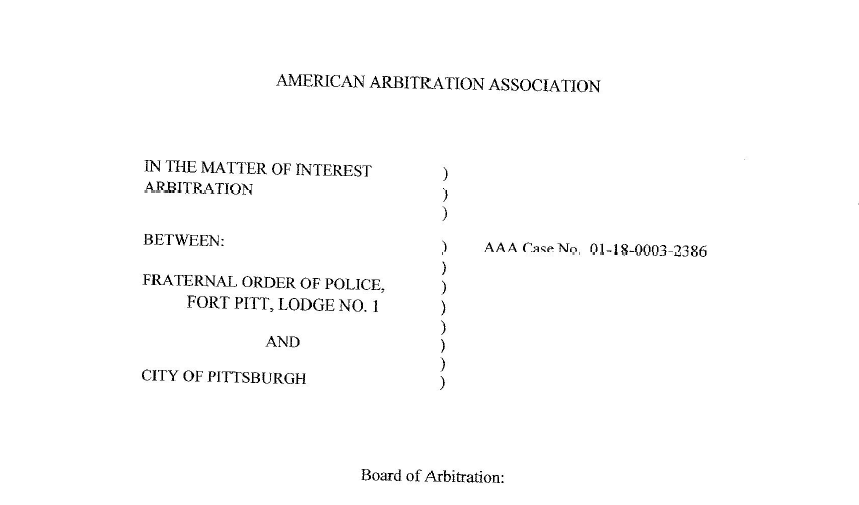 The caption of an arbitration decision handed down on Jan. 9, 2020, which governs relations between the City of Pittsburgh and the Fraternal Order of Police.

The City of Pittsburgh's interactions with its roughly 900 police officers are governed by an arbitration decision handed down in January. That 30-page decision — which modifies past contracts and decisions — came after a year of evidentiary hearings, pitting the city against the Fraternal Order of Police [FOP]. While much of the contract deals with wages and benefits, it includes planks that govern procedures when an officer is the subject of a complaint, or is suspected of misconduct or criminal activity.