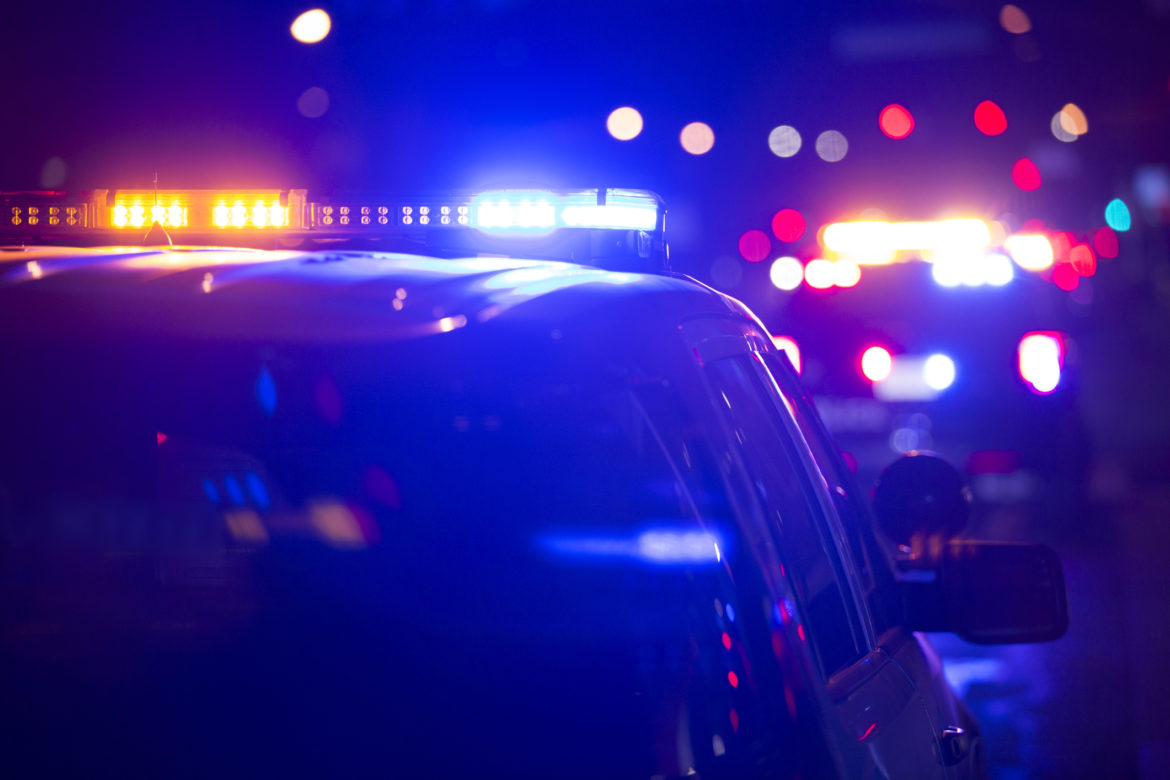 Meanwhile, the city’s internal affairs unit, the Office of Municipal Investigations [OMI], handled 27 complaints related to use of force. Two of those complaints were sustained, meaning the investigation found that a violation of city policy occurred. A single officer was disciplined — an oral reprimand — for inappropriate use of force.

What do those numbers say about OMI and its role in police accountability?

To Pittsburgh police officer Robert Swartzwelder, president of the Fraternal Order of Police Lodge 1, they show that there’s “a very, very small percentage of citizens who feel that the force used on them was unreasonable. And then through further investigation, that number dwindles down even further."

Brandi Fisher, president and CEO of the Alliance for Police Accountability, counters that she “can almost guarantee you that 27 complaints does not reflect the number of people that have been harmed in those 549 incidents.” The low number of OMI use-of-force investigations, and the two sustained complaints, “really speaks to how difficult it is to hold police officers accountable, especially within the system that currently exists."

Details of OMI’s work are almost never made public. And as the city debates police use of force in the wake of the death of George Floyd under a Minneapolis officer’s knee, OMI has gotten little attention. Though it is the only city investigatory arm with which officers are contractually required to cooperate, OMI gets just one mention in the raft of police-related bills introduced in city council. (A bill passed in July requires that officers who see other officers using "unreasonable force" must report that to OMI.) A list of a dozen demands by the Allegheny County Black Activist/Organizer Collective, issued in June, didn’t mention OMI.

OMI's manager maintains that its investigators interview complainants and witnesses when possible. And Mayor Bill Peduto's administration maintains that the unit is empowered to investigate, and backstopped by other oversight offices.

Critics say OMI is too much a part of the city’s system to be an instrument of reform, and want the internal affairs role — which has been shuffled repeatedly through the city hierarchy — to move entirely outside of the city power structure.

Attorney Timothy P. O'Brien, who has been suing the city over police actions for nearly 40 years, sees inherent conflicts of interest in OMI’s ties to the city administration and the Bureau of Police.

"There's too many connections,” he said, “between the entity that is assigned to investigate and the entities that are being investigated.”

OMI receives and investigates citizen complaints against any city employee. Erin Bruni has managed the unit since 2017, the culmination of two decades spent rising through its ranks, starting with a law school internship.

The office is collecting and releasing more data every year, which “may be useful to identify which city departments citizens are complaining about” and the nature of their complaints, she wrote to PublicSource, after withdrawing from a scheduled interview.

OMI in July released an annual report, 29 pages long, replete with numbers and pie charts slicing up the 245 complaints it probed, including 189 against police. Absent, though, was the name of any officer or complainant.

The 15-employee unit does not hold hearings or public meetings like those conducted by the city’s Citizen Police Review Board [CPRB], and its investigatory reports are not, as a rule, released. “Ultimately the results of any OMI investigation, [of] police or another city employee, become part of that employee’s personnel record which traditionally have not been released as they are confidential,” Bruni wrote.

In the last four years, around 70 of the 130 use-of-force complaints have been deemed unfounded. Those complaints are destroyed one year after the investigation is completed, per the police union contract. That would include anonymous complaints with no corroborative evidence, which must be deemed unfounded under the city’s contract with the FOP. So are complaints filed beyond 90 days from the date of incident, unless they could lead to a criminal charge.

Numbers aren’t enough for some observers of the system.

“In order for the public to trust the government, they’re going to need to know that the city is truly investigating these things,” said Steve Barth, an attorney who has sued Pittsburgh over police use of force three times since 2012, entering into two settlements and winning one judgment against an officer. “How are you supposed to hold someone accountable if you don’t even know the process or procedures that are being utilized?”

Barth has reviewed OMI reports and said they could be made public with modest redactions to protect witnesses. He can’t release the reports, because the city demands that attorneys sign confidentiality agreements before starting legal discovery.

Oakland resident Teresa Brown and her family filed a complaint with OMI in 2013. That followed an incident in which an officer accused Brown — who was an elected constable — of lying about the direction some kids ran after a street fight. That officer summoned backup, and police threatened Brown’s daughter when she tried to record them, refused to provide their names, and grabbed a neighbor and “slammed him up against the porch railing,” according to the lawsuit Brown later filed in federal court.

After Brown called in a complaint to police Zone 4, per the lawsuit, a fleet of seven or eight police cars returned to her house the next day in what she saw as an attempt to intimidate. She contacted OMI in September 2013.

Did OMI investigate? “They said they did. They never talked to me,” Brown recounted in a recent interview with PublicSource. “They left a card at my mother’s house. They left a card at the door next to me, and nobody lives there. … I never got a card.”

OMI sent her the result in March 2014: “Closed as unfounded.”

Brown turned to the American Civil Liberties Union, and along with O’Brien’s firm, they sued. In 2018, the city settled for $40,000.

Bruni wrote that OMI's investigators, including five civilians and six police detectives detailed to the unit, always "ask the complainant to provide a tape-recorded statement," though some instead opt to provide written or verbal complaints. Some "are very involved in their investigation," while others withdraw from the process, she said. "Investigators are encouraged to canvass the area and make a reasonable effort to locate witnesses," she added, but witness cooperation "varies from case to case."

OMI then interviews the accused city employee, usually a police officer. At the interview, the officer is provided with a copy of the complaint, said Swartzwelder. The officer is read a warning indicating that they must tell the truth but that their statement can’t be used against them in any criminal prosecution. Initial questions are open-ended, but "become more pointed and direct," he said. He called the process “extremely fair.”

"I really felt [OMI] did a thorough job," said attorney Bryan Campbell, who represented FOP Lodge 1 from 1971 through 2017. "Nobody, at the end, could criticize the decision based on the thoroughness of the investigations."

OMI’s recommendations are forwarded to the head of the involved department or bureau, who decides what, if any, discipline is warranted.

Early in Peduto’s administration, the Alliance for Police Accountability began steering people with complaints about officers to OMI and CPRB, said Fisher. She hoped the system would work.

"The people that we were taking there were frustrated. They were saying, ‘What is the point? Nothing comes of it,’” Fisher said. "So we stopped sending people to them because we weren't seeing any results either."

Bruni wrote that complaints increased last year, perhaps because OMI staff “has attended more community outreach events where we can answer questions, provide pamphlets to the public and increase awareness of the service our office provides.”

Asked whether OMI had a profile in the Black community, Fisher said, “Not at all.” A member of the Allegheny County Black Activist/Organizer Collective, she said its reform demands haven’t focused on OMI because internal affairs hasn’t been a central focus of the national police accountability movement in the months since Floyd’s death.

Fisher — who views CPRB as no more effective than OMI — said neither budget is money well spent. “Why are we paying them?” she asked. “Why are we investing that kind of money into an institution that isn't serving the citizens?"

OMI was originally part of the city’s police bureau.

In the early 1990s, O’Brien secured a court order allowing him to peruse all of OMI's files. Backed by ACLU interns, he pored over hundreds of complaints against police, filed over multiple years, and found just two that were sustained. "All that was necessary for the complaint to be defeated was for the officer to say, ‘I didn't do it,’" O’Brien recounted.

That file review laid the groundwork for a class action lawsuit against the city, accusing officers of systemic civil rights violations. That led to a consent decree with the U.S. Department of Justice, which oversaw city policing for eight years ending in 2005.

The decree compelled the city to shift supervision of OMI to the Law Department. That, though, raised concerns that the city’s legal defenders could push investigators to write reports tailored to protect the city against liability. So from 2002 to 2014, OMI reported to the mayor’s office or, at times, the city public safety director. Peduto put the unit back under the Law Department, the Pittsburgh Post-Gazette reported in 2015.

Peduto changed that in 2017, placing OMI under the Human Resources Department. In 2018, the unit began reporting to Chief of Staff Dan Gilman, according to Bruni. That remains the case today.

O’Brien said that structure doesn’t insulate OMI from potential pressure to issue findings that exonerate the city. The chief of staff, he said, “is the person involved in deciding whether to settle cases brought against the city.” He added that the presence in OMI of police detectives, who still have reporting lines back to an assistant chief in the bureau, also creates “a clear conflict.”

Mayoral spokesman Timothy McNulty said there is no conflict of interest because all disciplinary matters eventually come to the mayor, to whom all departments ultimately report. He added that the existence of the CPRB and the city Ethics Hearing Board provide "other layers of internal oversight protecting against conflict of interest.”

There’s no universally accepted model for internal affairs, said Cameron McLay, who was Pittsburgh’s police chief from 2014 through 2016, previously served as a captain in Madison, Wisconsin, and was that city’s deputy mayor until June.

“The purpose of the civilian oversight is to provide a sense of transparency and enhance the legitimacy of the internal processes,” he said. Where government isn’t trusted, he added, “you may need to have [an investigator] reporting to some external entity, like a civilian group.”

There are various models around the country in which independent inspectors handle civilian complaints against police, he said, citing Seattle’s Office of the Inspector General for Public Safety and Denver’s Office of the Independent Monitor as examples.

"It really should be run by a third party,” said O’Brien, “a third party that is not beholden to the City of Pittsburgh."