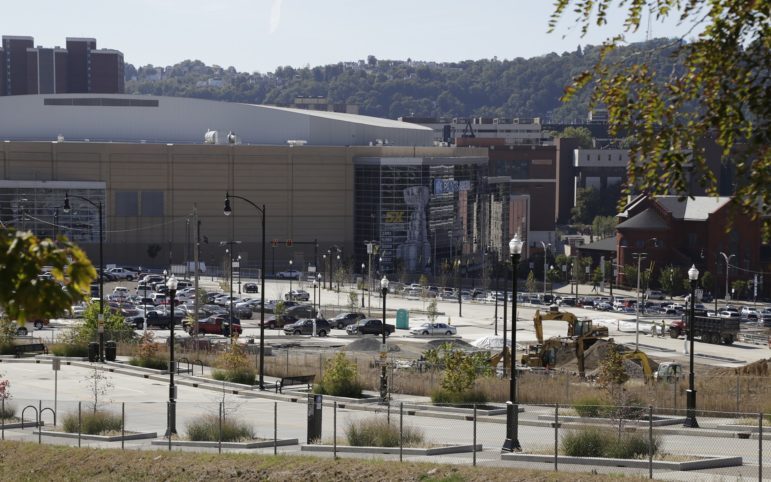 Pittsburgh’s highest-profile development effort suddenly recovered Thursday after a week on life support, as the Urban Redevelopment Authority board voted 4-1 to approve the Penguins’ chosen development team and conceptual plan for a key piece of the Lower Hill District.

The approval means the Penguins can continue working with developer Buccini/Pollin Group to design and build a 26-story tower anchored by First National Bank at the corner of Washington Place and Bedford Avenue. And Penguins’ Senior Vice President and General Counsel Kevin Acklin — who a week ago distributed a biting statement announcing the cessation of development operations — told the board that the project now has “the full commitment of our team.”

While the vote revives the project, it comes with considerable hand-wringing — and three conditions:

The vote came in a special URA board meeting held via Zoom, in which the chat bar was dominated by observers’ criticisms of the process. Hill leaders and residents faulted the development team’s performance toward commitments it made last year — including assistance to Macedonia Church of Pittsburgh, improvements to the Ammon Recreation Center and other neighborhood priorities — and the authority’s willingness to take this vote despite little progress on those initiatives.

Board member Jodi Hirsh, the lone no vote, described the community’s frustration and the difficult decision before the board.

“I think the Pens have done an enormous disservice to a historically Black neighborhood. I think they're bullying us into making a decision today,” Hirsh said, shortly before the roll call. “I think that they're acting like corporate bullies.”

The other side: "The Penguins are needed,” Hirsh continued. “Otherwise we're staring at a parking lot for 10 years and a community that continues to be starved of resources."

The board’s three Black members — city Councilman R. Daniel Lavelle, city Assistant Chief of Staff Lindsay Powell, and state Rep. Ed Gainey — voted yes, but only after lengthy discussion of the need to share the benefits of development throughout the majority-Black community.

Lavelle said he has heard that not a dime has been expended by Buccini/Pollin on minority contractors, to date. "If we do not advance this, then we're certainly guaranteeing that no dimes will ever be expended,” he said.

"We're going to rebuild the Lower Hill,” Gainey said. “Let's just make sure we do it with Black people." 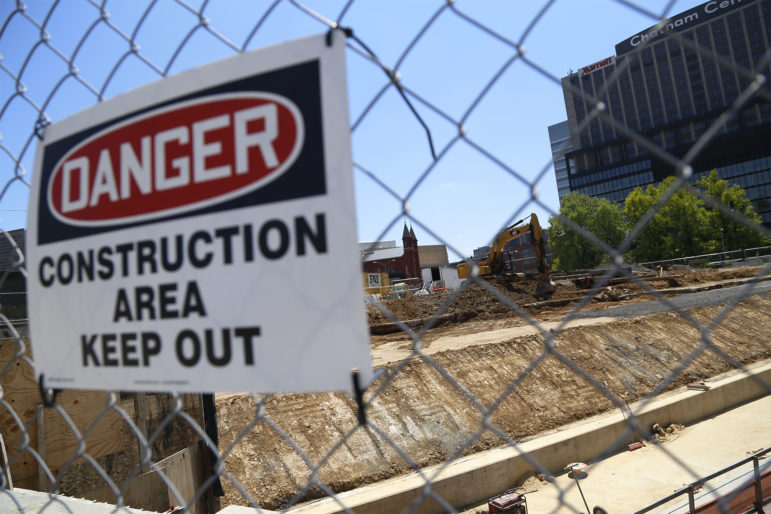 The site near the corner of Washington Place and Bedford Avenue, in the Lower Hill District, on which the Pittsburgh Penguins and developer Buccini/Pollin Group plan to build FNB Tower, photographed May 13. (Photo by Ryan Loew/PublicSource)

The board also voted to collaborate with the workforce development agency Partner4Work to create a hiring center in the Hill, so that 20% of construction jobs and permanent jobs can be filled by area residents.

"Our economy is, bluntly, fundamentally unfair and unequal," said board Chairman Sam Williamson, a union organizer, adding that it is designed to favor "big corporations and billionaires.”

He added: “One thing I know more than anything else is the power of a good job to transform people's lives and their communities,” and the development plan can do that.

For 13 years, the Penguins, the city and Hill District organizations have been periodically at the table discussing the future of the 28 acres that once included the Civic Arena, which was replaced as the home of the hockey team by PPG Paints Arena.

In recent months, those parties and Buccini/Pollin have been working on an $11 million package of investments in Hill District housing and other development that would be financed by increased parking and property taxes generated from the development.

But last week, after a late-game rush to finalize the terms, the URA board voted to delay approval of the Penguins' plans for as long as two weeks, to give board members and neighborhood representatives time to review the details. The Penguins promptly announced they were "ceasing our development operations on the Lower Hill.”

This week, pressure to approve the plan mounted, despite the Penguins’ announcement that they were halting development plans.

Mayor Bill Peduto on Wednesday urged the URA board to approve the hockey organization's developer and office tower plan. Influential Allegheny-Fayette Central Labor Council President Darrin Kelly added union muscle to that call late Wednesday, calling the project "an unprecedented $200 million investment into the heart and soul of our city" that would bring 1,500 construction jobs and 2,000 permanent positions to the Hill. The business-dominated Allegheny Conference on Community Development followed suit Thursday afternoon, when CEO Stefani Pashman said in a press release that the project would "serve as a magnet for talent attraction and retention in the heart of Pittsburgh.”

PublicSource calls to FNB, and an email asking whether the bank remains committed to the move to the Lower Hill District, received no response Thursday.

Acklin, though, told the URA board after the vote that the bank “wants to be included in redevelopment of the Lower Hill District in a way that enhances and empowers the entire Hill District."

Shortly after the vote, Penguins President and CEO David Morehouse released a statement thanking the bank for its "continued commitment to Pittsburgh and to the community."

The URA board still faces many votes as the development team seeks to take control of other pieces of the 28-acre expanse. Among them will be a vote on whether to approve the tower’s final design.

Today’s vote, said Williamson, “is not all-inclusive and certainly not the end of the road — we certainly hope."