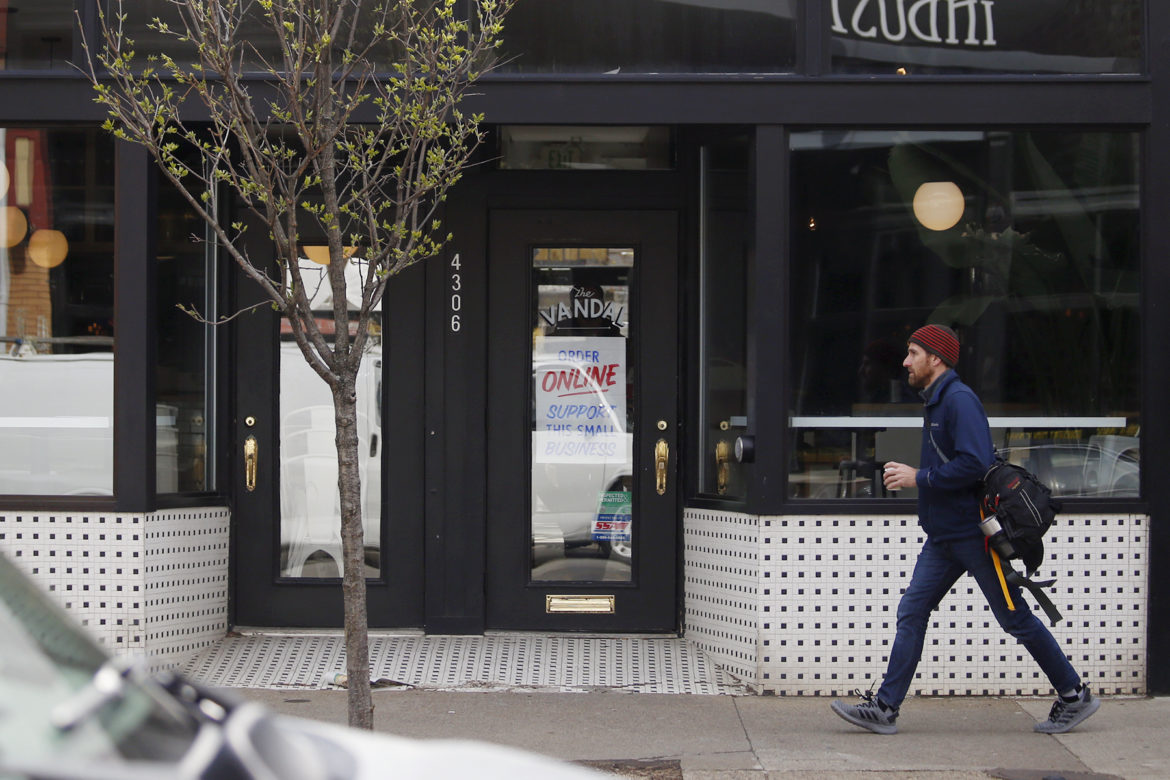 Many Pittsburgh businesses are trying to get by with online sales or takeout, while weighing whether federal and state rescue programs can save them. (Photo by Ryan Loew/PublicSource)

When the shutdown began in mid-March, Judy Masucci did not wait for a governmental lifeline. She immediately shifted Levana Bratique, in the North Hills suburb of Pine, from a storefront-focused bra boutique to an online-only business. The sweetener: Anyone using the $25 Virtual Bra Fitting service online now gets $25 off of their bra purchase.

“We have also beefed up our clearance section to enable our customers to choose from styles that are at a lower price point to help them get what they need on their reduced budgets,” she wrote in a March 17 email to PublicSource.

In mid-April, Masucci wrote that “the level of orders are still averaging about 15% to 18% of what I would normally be bringing in for revenue at this time of the year.” Her employees are all furloughed, and she's not taking any salary so she can continue to pay operating expenses.

She has tried to tap state and federal aid programs. She applied to the state's Working Capital Access Program [WCAP] only to learn that it was tapped out. How about the federal Small Business Administration's [SBA] Economic Injury Disaster Loan [EIDL] program? “I received a confirmation number for my submission, but never heard another word from them about the loan.”

The SBA's Paycheck Protection Program [PPP]? She applied as quickly as her bank's system would allow, and got notification that she was approved — one day before the SBA's announcement that the PPP was out of money.

She doesn't know if she'll get anything, other than a $15,000 loan she received from the San Francisco-based nonprofit lender Kiva. 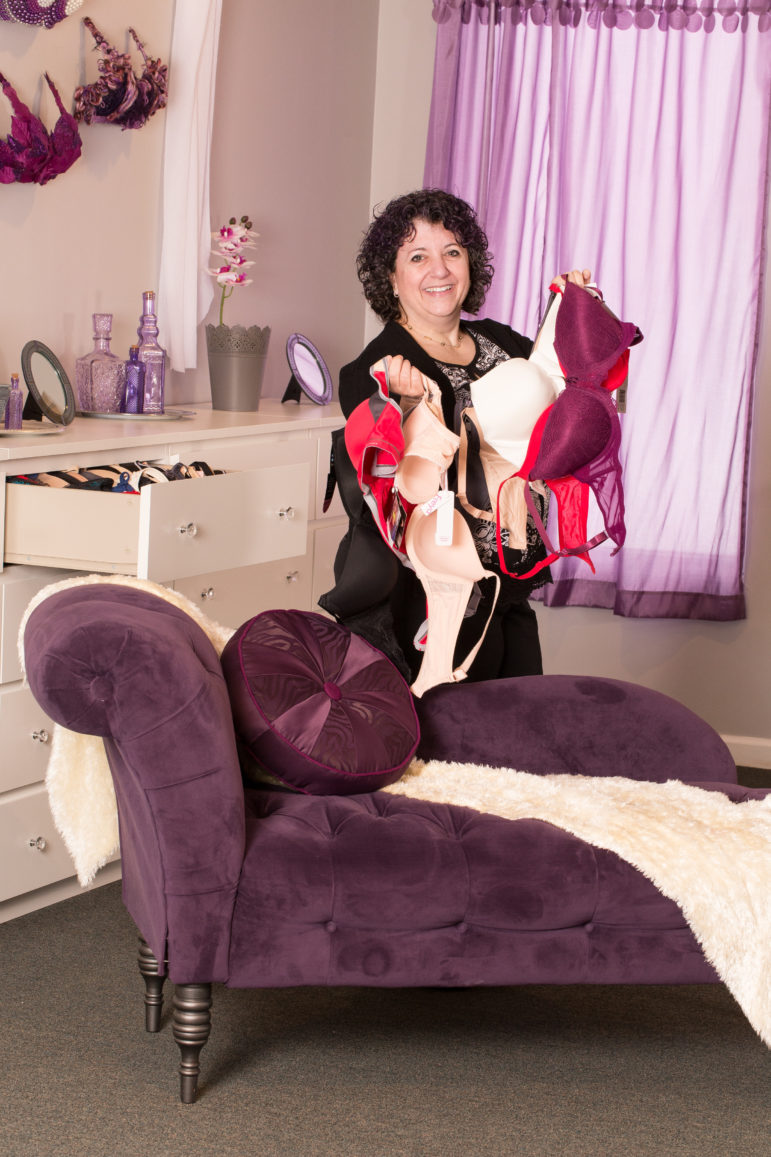 Judy Masucci, owner of Levana Bratique in Pine, has tried to bolster her online sales during the shutdown, but still finds business hovering below 20% of normal levels. (Photo courtesy of Judy Masucci)

If this continues, there will be ripple effects. "At some point, my landlord will need to reduce my rent,” she wrote, “or I will not be able to continue paying rent for a location that cannot see customers."

That’s the new reality in a small business sector that, according to the SBA, makes up 44% of the nation’s economy.

“In this last five or six weeks, we’ve seen tremendous pain in the small business community in the Pittsburgh region,” said Robert Stein, executive director of the University of Pittsburgh’s Institute for Entrepreneurial Excellence, in a webinar on small business in the shutdown, conducted Friday by Spotlight PA.

Gov. Tom Wolf on Monday said that on May 8, the state will take initial steps toward restarting business activity, by allowing "limited construction" and online car sales. He also said other restrictions might be lifted then, in unspecified counties. But as Washington weighs another round of stimulus money for small businesses, entrepreneurs throughout the Pittsburgh area are still facing unremitting uncertainty — and some are considering whether they can continue at all.

No business in show business

Nick Dialoiso's business, Three Rivers Entertainment & Production, provides the equipment, technology and personnel needed for corporate events, fundraisers, weddings and other big social gatherings — all of which are on hold, indefinitely. As he told PublicSource in April, he saw little hope for bringing back any of his 30 full-time and 50 part-time employees any time soon.

“We do not have any signed contracts for any events for the remainder of the year, at this point,” said Dialoiso. He has, as yet, “not one single inquiry” for 2021. "We'll probably lose $5 million,” he said. “Damage to our industry may be long term,” unless a vaccine and cure emerge. 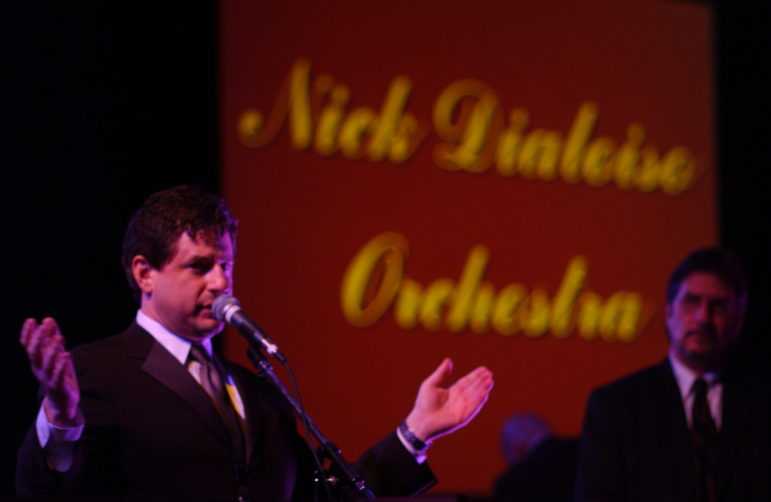 Nick Dialoisi, owner of Three Rivers Entertainment & Production, used to provide technology to large events — of which there are now none. (Photo courtesy of Nick Dialoiso)

The fixes approved in Washington, he said, are “useless to my entire industry” because they require that the owner either retain employees even though there is no work, or take on loans to be paid back from uncertain future revenues. "To borrow money to get through this is just idiotic,” he said.

He contends that the new coronavirus is “a form of natural disaster,” much like a hurricane and should be treated as such — through the insurance system. He filed a business interruption claim, which his insurer denied, but he believes Congress could address that by committing the nation to “backstop” coverage of pandemic-related business losses.

“Insurance companies would make small businesses whole for proven, documented losses,” he wrote in a letter to the office of Sen. Pat Toomey, a Republican member of the task force charged by President Donald Trump with planning the reopening of the economy.

Sarah Walsh, owner of Caffè d’Amore Coffee in Upper Lawrenceville, is counting her blessings, in lieu of money. "I have a job to do right now, and not everybody does,” she said. “But I'm very much aware that the business may not make it, no matter how many things we do and how much help comes down the pike, even though we manage to operate on the slimmest margins and not pay the owner."

The cafe specializes in products made with ingredients procured from smaller vendors, including several from Western Pennsylvania, and its supplies have held up reasonably well. Walsh has created an online ordering platform, instituted pick-up and delivery services, and increased the emphasis on selling whole coffee beans and brew-at-home equipment.

Nonetheless, because customers can’t sit around the shop and catering business is non-existent, sales have plunged. Some costs, though, have not changed. “My landlord still required rent at exactly the same amount,” she said.

Three of her four employees are still working — with masks on — though at reduced hours. “Tips have gone up incredibly,” she said, “but it's still a net loss." She said she signed the PPP papers on April 9 but hasn’t gotten a response.

“I'm sure I could save some skin if I pulled out [of the business] now,” she said. But even so, she doesn’t want to shut down. “My staff's lives, the customers that we serve — they're more important than money." 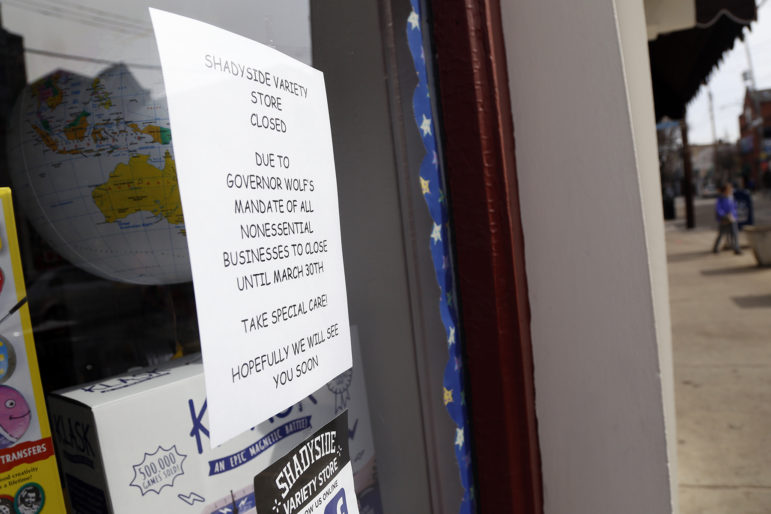 The Shadyside Variety Store, among many neighborhood businesses shuttered due to the coronavirus-driven shutdown. (Photo by Ryan Loew/PublicSource)

Sales way down in The Warren

The Warren Bar and Burrow and Penn Cove Eatery in downtown Pittsburgh are still selling food via take-out and grab-and-go wine and beer, but sales are running 60% to 75% below pre-shutdown levels, according to owner Spencer Warren. "The bar was the main part of our business,” he said. “The wine and beer shop is doing pretty well, but it's a very low-profit business."

Normally an employer of 20 people, he has had to lay off his dishwashers, plus some servers and bartenders, while shifting other employees to the take-out side. He got confirmation that his PPP application was received but doesn’t know if he’ll get any money. If he gets help from the PPP or from a local aid program to which he has applied, he may bring more employees back to help with some improvements to the bar.

He’s hesitant, though, to sign on to loans, “because then when we restart, we'll be in a lot of debt. ... Who knows how we'll recover from this?"

Gram’s Place weathered the Great Recession — barely. "We survived 2008 by the hair of our chinny-chin-chin,” said Beth Murphy Anselm, owner of the South Park daycare center. “Ended up having to file personal bankruptcy."

This spring, she was serving 50 families with 70 children, with waiting lists for every age group. "It's actually the fullest we've ever been,” she said, and she was debt-free and employing 12 women.

Then came the shutdown. Daycare centers can seek a waiver to serve the children of essential workers, but just six of her clients met the criteria. “So essentially we were not able to open," she said. She and her employees held a clean-up session and she furloughed everyone. For a moment, they forgot social distancing and group-hugged. "I cried,” she said.

Her husband is still working, she said, but the majority of the family’s income is gone. She applied for the EIDL and got the initial $10,000 advance, “which will definitely help,” she said. With her employees receiving federally enhanced unemployment compensation, and no work for them at Gram's Place, she said it made little sense for her to apply for PPP.

As the pandemic and the shutdown continue, with no firm end in sight, she frequently imagines herself walking across a bridge, taking it one step at a time. "I can't control what comes after the bridge,” she said. “There's like 600 roads at the end of the bridge. So I have no idea what direction I'll be going."