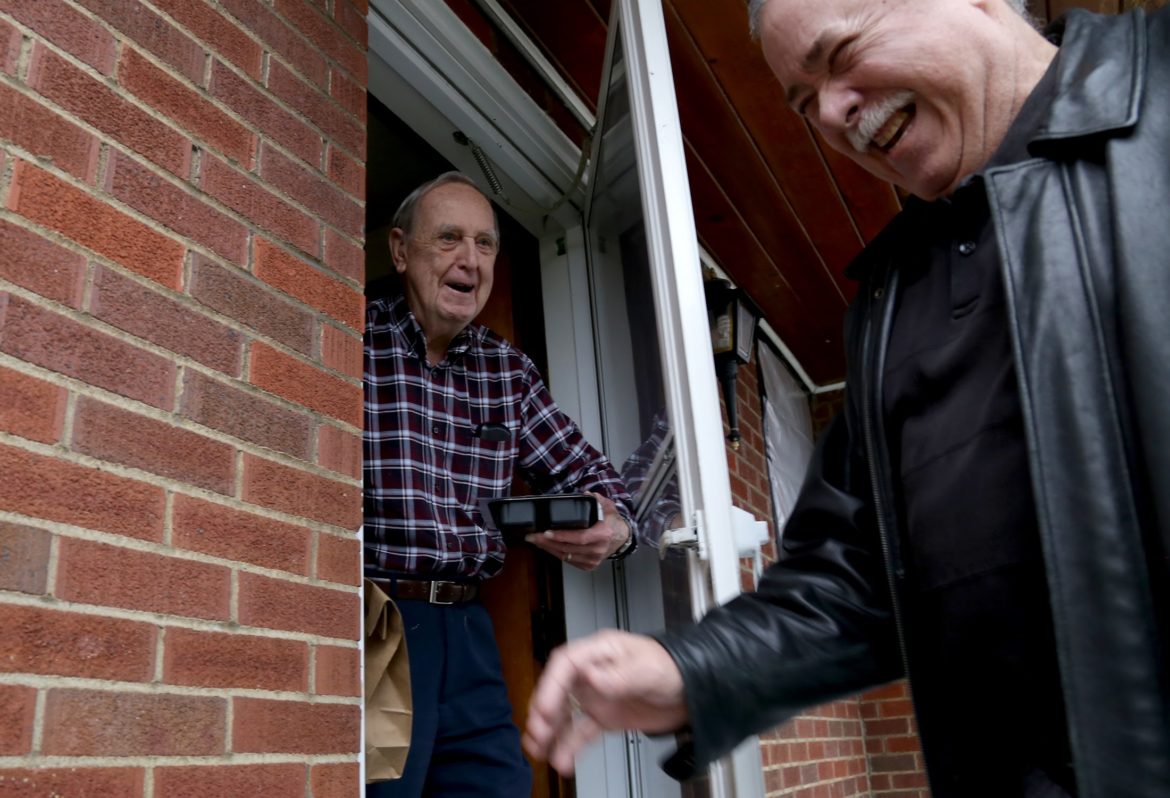 After Edward Kaczynski’s wife passed away five years ago, he realized he had a problem: He didn’t know how to cook many meals for himself.

The 93-year-old can cook spaghetti, sure, but he can’t cook “like a woman can,” he says. And definitely not like his wife used to.

So, each weekday around 10:30 a.m. Meals on Wheels volunteers visit Kaczynski, a World War II veteran, at his Brookline home. The Brookline Meals on Wheels is operated out of the Saint Mark's Evangelical Lutheran Church, and Kaczynski is one of about 35 people who receive meals from the program.

“It means a big deal for me,” Kaczynski said. “What these guys bring me is quite a lift.”

Under President Donald Trump’s administration, there’s a chance Kaczynski could lose that lift.

The Trump administration is reportedly accepting guidance on its federal budget from two conservative groups who place little importance on a block grant program that supports more than 50 community groups in Pittsburgh, and makes up about 19 percent of the Brookline Meals on Wheels budget. Randy and Roberta Nerone drive through Brookline while volunteering for Meals on Wheels on Tuesday, Jan. 24, 2017. Randy has been volunteering with the organization for about 15 years while his wife, Roberta, has given 20 years of service. They typically deliver meals to six to eight people on their route. (Photo by Guy Wathen/PublicSource)

Many members of Pittsburgh’s city council have been anticipating cuts, but nothing so drastic as the elimination of the CDBG program.

“It would be a disaster if those funds were declined, and we’d have to do more on the back of local taxpayers,” said Councilwoman Natalia Rudiak, who believes these groups can’t go unfunded. Rudiak represents Brookline and other neighborhoods in District 4.

For Pittsburgh, no more CDBG money would mean losing more than $12 million from the annual budget, much of which goes to city infrastructure projects like road paving. City council members and the mayor use more than $1 million of the annual CDBG funds to directly fund groups like the Greater Pittsburgh Community Food Bank, the Women’s Center and Shelter, homeless shelters, and the Brashear Association. For those groups, the city’s loss of block grants would leave them with serious funding gaps.

Groups that receive block grant money from other city departments could also suffer.

Last year, the city expected to get $247,000 more than it did. To compensate, city council members said they took a total of $225,000 from infrastructure projects so groups like Pittsburgh Action Against Rape and Reading is Fundamental for Pittsburgh wouldn’t go without.

The survival of the Brookline Meals on Wheels would be in question without the yearly grant from the city, said program director Carol Ingold. This year, the block grants account for $12,000 of its $64,000 budget. As it is now, Ingold said Meals on Wheels clients pay $5 for a meal that costs $6.54 to make. And the program is lenient with people who can’t pay at all.

“I don’t know how we could do it. We would have to raise the price,” she said.

“That would put more people on the list of who couldn’t keep up, which is like a Catch 22,” Howard Ingold, her husband and the program’s treasurer, added.

Other groups could also take a hit if block grant money is cut or taken away:

‘A huge fear of what’s coming’

If Trump takes the advice of the two conservative groups and Pittsburgh officials lose access to that purse next year, they will have to consider pulling funds from other projects again or raise it from taxpayers if they want to continue supporting the community programs.

“I think everybody has a huge fear of what’s coming,” said District 5 Councilman Corey O’Connor. The city, he said, needs to be prepared to foot the bill for services the federal government funded in the past.

While 2017 block grant funding is secured, city council will have to wait until the federal budget is passed to know how much they'll get for 2018. That could be as late as October.

CDBG funding has been cut every year since 2013. Councilman Dan Gilman said he feels Congress is out of touch and does not realize the importance of the funding to communities. The block grants support groups that feed and clothe the homeless and provide aid to children and families, said Gilman, who represents Shadyside, Point Breeze and other neighborhoods in District 8.

“They’ve really lost sight of the grave impact it has on the ground for the people who need our help most,” he said. “So it will have a direct impact to any person in my district who needs those services, and that’s scary.” Jim Doran, 64, receives his Meals on Wheels delivery of chicken, brussels sprouts and rice. Doran, who receives deliveries from the organization five days a week at his Brookline residence, typically survives on frozen meals from a discount store on the weekends. (Photo by Guy Wathen/PublicSource)

In Brookline, Jim Doran, a 64 year-old retired security officer, is one of those people. He has little money. He isn’t able to get out of the house much. And he says he has a bad heart. He relies on Meals on Wheels.

Even if council opts to lobby Congress to preserve the funding — an effort not guaranteed to pay off — they may still be left looking for money to aid groups like the food banks and homeless shelters.

Since 1972, Carol Ingold said she’s always had enough money to run Meals on Wheels. And year after year, her community relies on it.