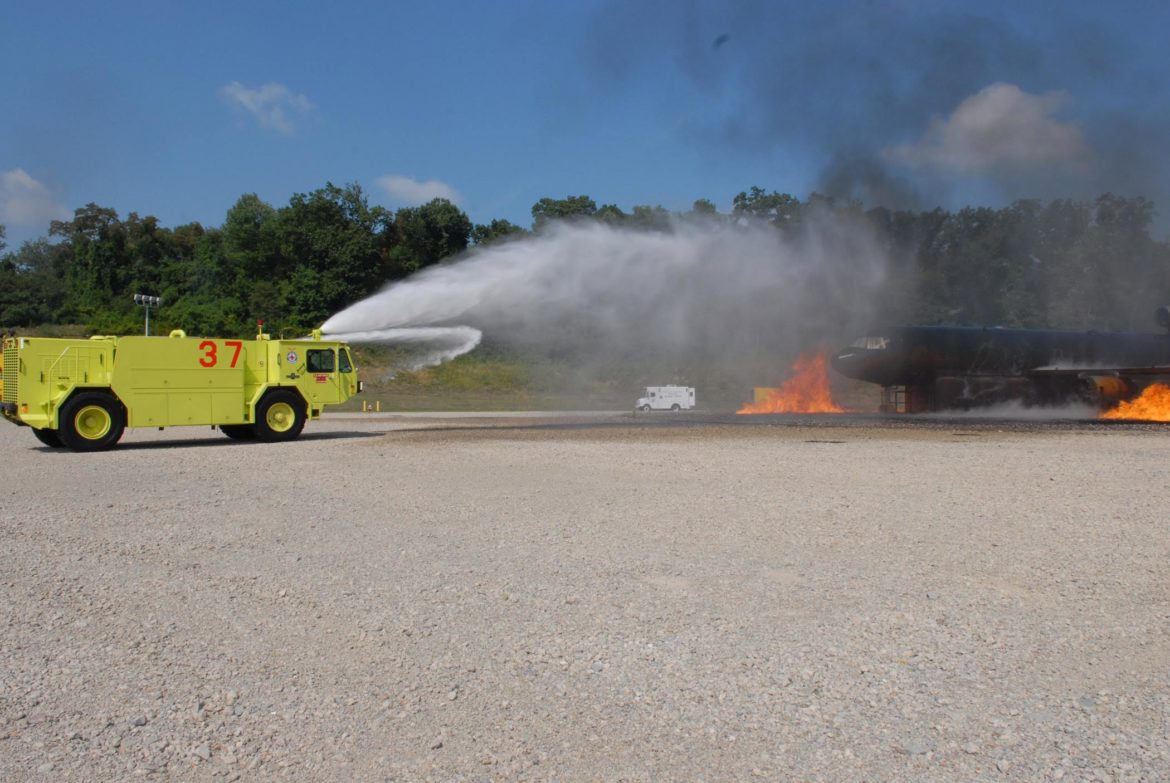 Members of the 171st Air Refueling Wing Fire Department conduct training on July 7, 2007, on the Air National Guard base near the Pittsburgh airport. Firefighting foam has been one of the largest sources of PFAS contamination. (USAF photo taken by Msgt Stacey Barkey)

Editor's note: This story is part of an ongoing collaboration between PublicSource and Environmental Health News on PFAS contamination in Pennsylvania and was funded in part through the Bridge Pittsburgh Media Partnership.

Up until two or three years ago, the Pittsburgh Air National Guard and Pittsburgh Air Reserve Station regularly used firefighting foam that contains several chemicals referred to as per- and polyfluoroalkyl substances [PFAS]. These chemicals have been linked to low birthweight, thyroid problems, immune system disruptions and cancer.

The work for the report began more than three years before it was finished in October. It included 61 soil borings up to 15 feet deep, 35 temporary monitoring wells, 36 surface samples and more than 1,100 total data points.

One of the firefighting foam spills noted in the report was as recent as 2013 and the oldest extended as far back as 1992. It’s unclear if spills before 1992 were reported or how exhaustive the spill list in the report was.

The contamination report only included information on how much firefighting foam was released during accidental spills, not how much was used during normal operations. The fire chief at the Air National Guard Base said in the report that he believes the foam began being used on the base before 1970.

The contamination report listed a number of instances when firefighting foam was sent down the drain into the Moon water authority’s wastewater treatment plant over the years. PFAS contamination in sewage water sometimes ends up in sludge, a byproduct of treated sewage water that is sold to farms as fertilizer. In at least one instance, a dairy farm in Maine had to stop selling its milk because of contamination attributed to the sludge.

John Riley, the general manager of Moon municipal authority, said its sludge is sent to a nearby landfill and not to any farms.

Joseph Vallarian, a spokesperson for the Allegheny County Sanitary Authority, wrote in an email that the agency does not test its sludge for PFAS chemicals. The authority produces about 60 tons of “Alcosoil” sludge per day, according to its website, and has sold it to farms for about 25 years, according to a 2015 report. The authority’s closest service area to the contaminated military bases is North Fayette Township, the farthest edge of which is about 1.5 miles away.

The problem with PFAS contamination is that the chemicals don’t ever break down on their own, according to Dave Andrews, who studies the chemicals for the Environmental Working Group.

“When released into the environment they are not breaking down,” he said. “So it’s a matter of how quickly they are spreading out, either sticking to soil or spreading to groundwater.”