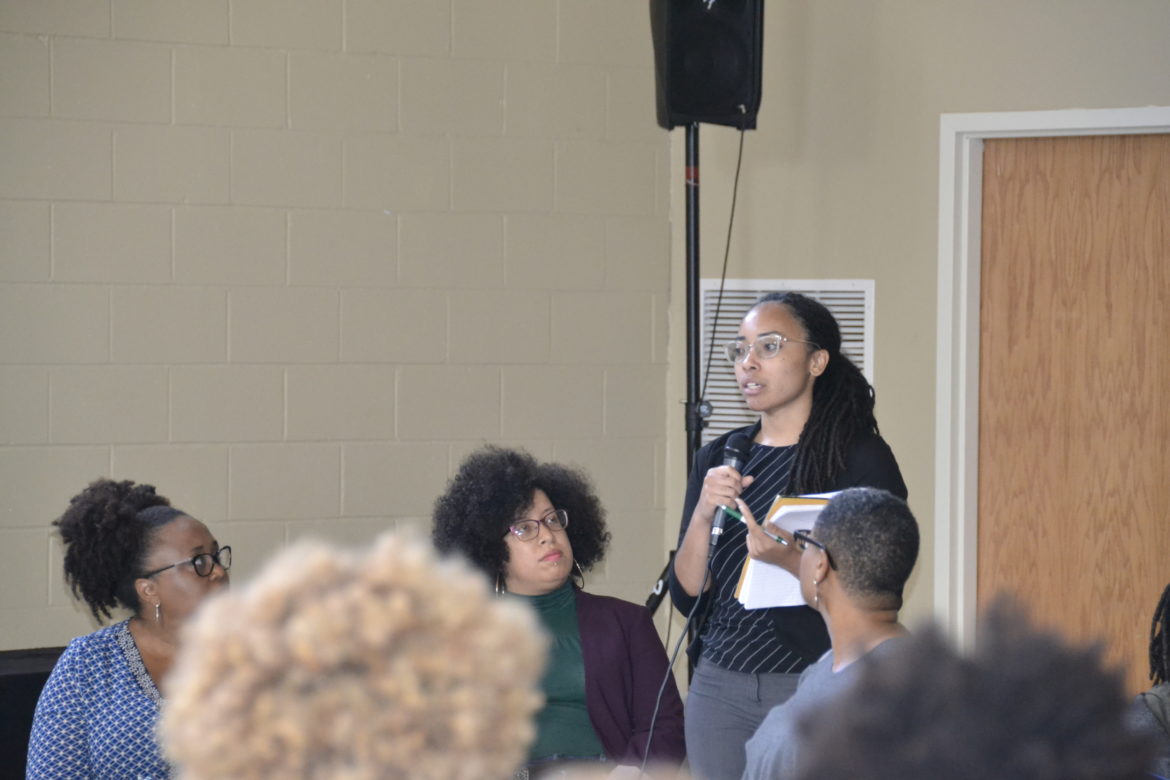 Amanda Neatrour worked for the City of Pittsburgh from 2013 to 2017 to help cultivate a more diverse pool of job applicants.

She noticed that some departments' hiring practices were different than others. For example, Mark Bocian, the current chief of the bureau of medical services, asked Neatrour, who is a Black woman, to help out with a high-level interview.

"I appreciated that because, at that time, the chief and assistant chiefs were all men,” she said. "He wanted to make sure there was diversity in terms of not just gender but also race.”

But in another department, she said, hiring decisions like these were made by a white man alone. "That never sat well with me,” she said. "I felt that there should have been some kind of regulatory oversight for how these types of interviews are conducted.”

Neatrour is now part of an effort to require the city change practices that are responsible for many inequitable outcomes, including the fact that the city’s workforce is 74% male. She is one of 15 members of Pittsburgh’s Gender Equity Commission who last week presented to the City Council a 28-page report with 11 recommendations on how to eliminate some of the city’s long-standing inequities.

The new report’s first recommendation points to the need to stop police violence in the city. Other recommendations, such as increasing sick leave, are specific and build upon work the city has already done with its new sick leave policy that was enacted in March and requires up to 10 days of sick leave for medium and large companies and three days for smaller ones. Some recommendations, such as a push for a universal basic income trial program, are new and would likely take substantial resources, even as the city faces a budget shortfall greater than $120 million due to falling revenue during the COVID-19 shutdowns.

The report follows an uproar last year caused by the commission's first report that highlighted how poorly Black women in Pittsburgh are doing compared to other cities. Further controversy ensued when a number of Black leaders, academics and activists criticized the report for not sufficiently including them or acknowledging their previous work. Even though many of these women participated in public events that led to the new recommendations, not all of them are happy with the commission's new report. 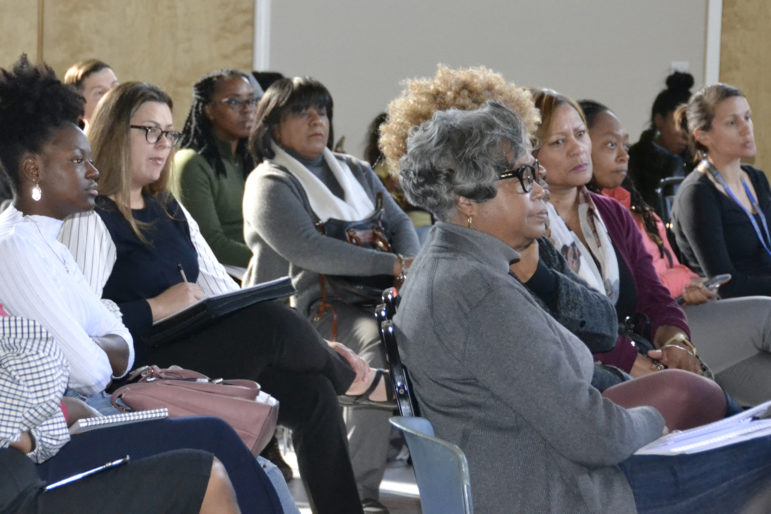 Attendees of an Oct. 14, 2019 meeting organized in response to criticism of a September report from the City of Pittsburgh Gender Equity Commission. (Photo by Juliette Rihl/PublicSource)

The COVID-19 and police violence crises have opened up a window for dramatic change, said Jessie Ramey, the chair of the commission. She said many of the community members who the commission has spoken with over the past nine months, pushed back on the community’s efforts to return to normal.

"All of them told us we have to stop getting back to normal because normal wasn’t working,” she said. "It was harming too many people. We started talking about an equitable new normal."

One of the commission’s recommendations would address the problem Neatrour saw when she worked at the city. In 2017, Mayor Bill Peduto announced that the city would require at least one candidate of various demographics be considered for all senior-level hires. The new report pushes this even further: Instead of just one candidate, the report recommends at least 50% of all candidates identify as women, LGBTQ+, disabled or of a racial or ethnic minority.

The report cites a study suggesting that when only one minority candidate is interviewed, they rarely land the job. But when the applicant pool is more diverse, the final hiring decision is more equitable. Neatrour said she hopes this standard could be a part of making the city’s police and fire departments more diverse.

"I think that the time for playing it safe and incrementally is over. People need to be seen, to be heard and they need to feel like there is action being taken,” she said. "What I have witnessed is people are tired of committees and town halls. They want to see action."

Many of the 11 recommendations follow directly from some of the burdens cited in the first report. Like, "Compared to other cities, Black women’s median income in Pittsburgh is near the bottom: Black women in ninety-percent of cities do better,” the report reads.

Gender and race are at the center of its recommendations but the report also mentions how people who are differently abled, elderly or trans, for example, can feel discrimination more acutely.

While Black men may suffer disproportionately from police violence and suffer worse COVID-19 health outcomes, many of the recommendations in the report would also benefit Black men, Ramey said.

Context, criticism and next steps

Initially, the commission was going to release four reports, with the last one including major recommendations. But after its first report was released last fall, Ramey said much of the feedback was about the need for concrete action.

“We were asked many, many times: What’s next? What do we do about it?” she said. "That was the million dollar question.”

There will be further recommendations and further reports, Ramey said, but the commission decided they needed to move ahead with some recommendations right away. "We didn’t want to wait five more years to put forth recommendations,” she said. "We knew these were important and coming from the community and wanted to make sure they got in front of the city."

Last fall, a group of 19 Black researchers, community leaders and activists wrote a letter criticizing the commission for not recognizing the work already being done by women of color and for not including enough Black women in their plans. In response, Ramey said, the commission spent extra time holding listening sessions, town halls and symposiums where it gathered public feedback.

But some of the participants in those sessions still aren’t satisfied with the recommendations, which were unanimously approved by the 14 commission members — five of whom are Black, two of whom are men and some who identify as non-binary, LGBTQ, disabled and elderly. 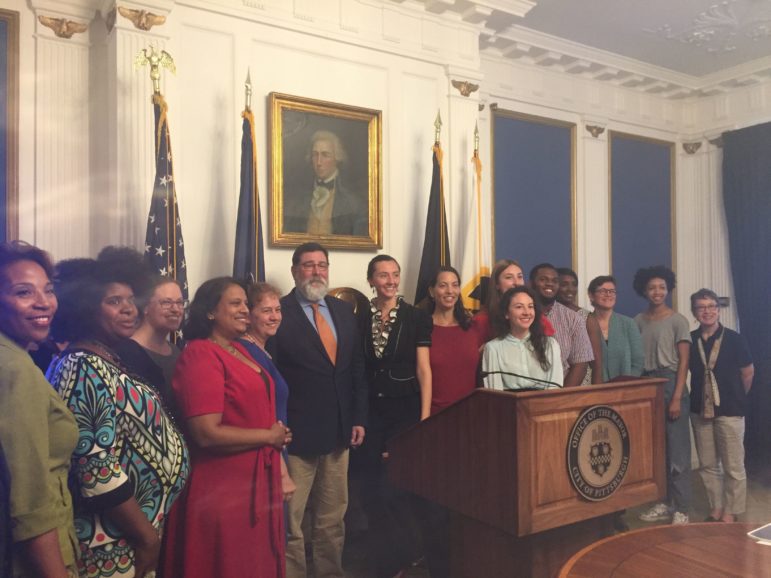 Suenos Viveros, a member of Okra Ethics, a collaborative of local Black and Indigenous activists, said she likes some of the proposals but doesn’t think they go far enough. For example, Viveros said, the report cites the demands of The Allegheny County Black Activist/Organizer Collective about how to dismantle the police but she said the report waters down its demands.

Viveros, who was one of the women who signed the letter critical of the commission’s first report, said she didn’t think the recommendations gave enough attention to the problems trans women and non-binary individuals face.

Viveros didn’t think activists were paying attention this time. “Most people are still just so overburdened with the actual work, actually being out there in the street, organizing the protests, talking to the families of victims of police brutality, working on behalf of people majorly impacted by coronavirus,” she said.

When asked if she planned to provide support for the adoption of these measures, she turned the question around.

India Hunter, a student at the University of Pittsburgh Graduate School of Public Health, who attended several commission meetings along with Viveros, asked if the exercise was a waste of time without a mechanism of accountability. "We, as a city, we’re really good at making a lot of documents and talking about certain things but not actually following up on it to make sure these recommendations are implemented,” she said.

Neatrour said she hopes city leaders will take up all 11 recommendations but notes that “some things are more immediately doable” and some are "things people call ‘aspirational,’” especially those that require money.

But money should not be an excuse, she said, because the city's inequities existed before there was a budget shortfall. "And when we had funds, enough wasn’t done, which is why we’re here,” she said.

She said she couldn’t prioritize which of the recommendations are more or less urgent, or more or less doable, she said.

"You cannot get rid of systemic oppression without getting rid of all of it,” she said. "We can’t tell people over here, ‘We’re going to deal with this problem,’ so people over there, ‘Wait.’ Because for the people who are most vulnerable, it’s all of these things." 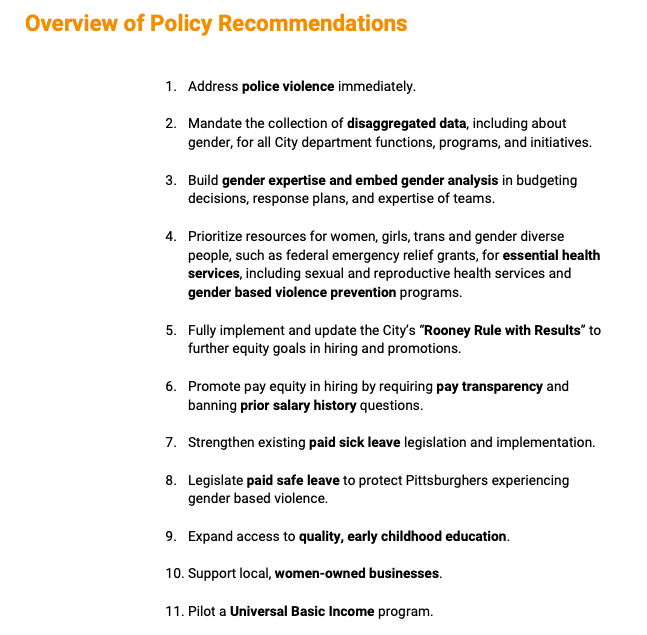