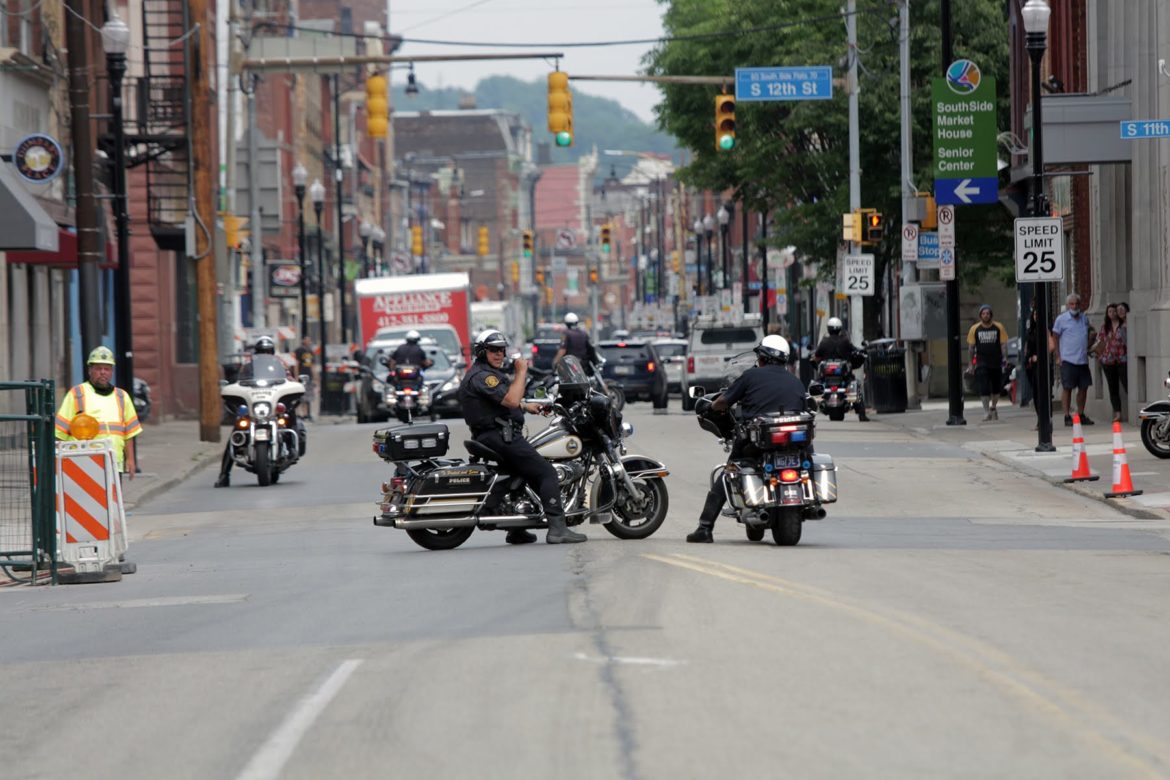 The Pittsburgh Bureau of Police spent the most on personnel out of any city division or department in 2019. Much of that cost stems from overtime. (Photo by Jay Manning/PublicSource)

The City of Pittsburgh — for the first time in at least five fiscal years — decreased how much it spent on overtime pay and some other kinds of payments above base salaries.

"Truth-in-budgeting has been one of my priorities the past seven years, and part of that means determining the best operating budget numbers for Public Safety and other departments, and thereby lowering overtime costs,” Mayor Bill Peduto said in an April 30 statement to PublicSource. “I've been happy to see those efforts working."

Pittsburgh spent about $252.7 million to pay 4,037 employees in 2019, a PublicSource review of salary data shows. That figure comprises salary, overtime and bonuses, and represents a roughly 7% increase over 2018, when the city had 55 fewer employees. The amount paid out for premium pay has increased each of the last five fiscal years, but decreased roughly 9% from $47.9 million in 2018 to $43.5 million in 2019.

Peduto has said he expected overtime costs to rise in 2020 because of the city’s response to the COVID-19 pandemic, although those costs have not yet been estimated. The city also incurred high overtime costs in 2018 from demonstrations over the death of Antwon Rose II, indicating that police overtime may again rise in response to ongoing demonstrations against racism and police brutality.

Due to the COVID-19 shutdown and stay-at-home orders, Pittsburgh is bracing for a budget deficit of more than $30 million, or a roughly 25% revenue decline. To target the gap, city officials implemented a hiring freeze, will leave open positions unfilled and are expected to cut non-personnel spending by 10% across departments.

PublicSource has provided spending transparency on salaries, premium and other pay for city, county and state employees since 2014, because it is, after all, taxpayer money.

The Pittsburgh Bureau of Police spent $94.1 million on salaries in 2019, more than any other city division or department. That’s also more than all the non-public safety departments combined.

Part of the reason for the steep price tag is the number of employees. With 1,197 employees – the largest of any division or department – roughly three in 10 city employees work for the police bureau.

The other contributing factor was premium pay.

At $17.6 million, police officers collected more premium pay than employees in any other department. Six entities — the City Controller’s Office, City Council, Mayor’s Office, Bureau of Neighborhood Empowerment, City Clerk and the Citizen Police Review Board — paid out no premium pay in 2019.

Non-white women made up 7.9% of the workforce. White women accounted for 17.9% of the city workforce while Black women held 6.2% of city jobs.

Pittsburgh’s population in 2019 was 23.2% Black. At 19.6%, Black employees comprised the largest minority group among the city’s workforce. Black men held 13.4% of city jobs. Latinx, who represent 3.1% of the city’s population, comprised 1.5% of city employees.

Here are the 25 city employees in 2019 whose salaries – before benefits, bonuses and/or overtime – were the highest.

Employees who made more than Peduto

“Public Safety employees making overtime are the city's highest-paid employees every year,” McNulty said in an email to PublicSource. “That is one of the reasons why the City has sought to add more employees, especially in EMS where that employee works.”

Eliminating premium pay, Peduto was the city’s 13th highest-paid employee. All the city employees with higher base salaries than Peduto were high-ranking public safety staff.

Here are the employees who made more money in 2019 than Peduto.

This story was fact-checked by Eric Holmberg.