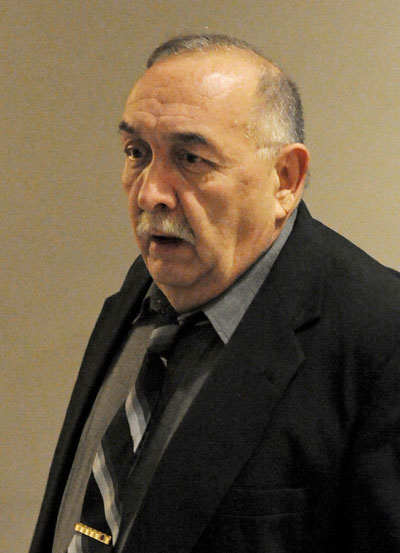 Harry F. Nicoletti and fellow Corrections Officer Curtis J. Hoffman worked the 2 p.m. to 10 p.m. shift at the State Correctional Institution Pittsburgh’s F Block, but they had long grated on each others’ nerves.

Mr. Hoffman, 46, of Robinson, said in interviews that he was tired of Mr. Nicoletti characterizing him as a “goody-goody.”

Mr. Nicoletti, 60, of Coraopolis, “always viewed [Mr. Hoffman] as being a storyteller” and boaster, said Stephen Colafella, the defense attorney representing Mr. Nicoletti in the 89-count criminal case against him.

In late 2010 or early 2011, the two corrections officers met in the prison’s parking lot, and had a heated talk in Mr. Nicoletti’s car. Mr. Hoffman said the taunting had better stop.

Mr. Nicoletti “thought it ended civilly,” according to Mr. Colafella. “But apparently not.”

On Jan. 5, 2011, Mr. Hoffman was interviewed by agents from the internal affairs unit. That day, Mr. Nicoletti was walked out of the prison and suspended without pay in the first official action stemming from the F Block probe.

Mr. Hoffman is the rare corrections officer who has, apparently, testified against a fellow officer.

“There is a blue wall of silence,” among corrections officers, said Martin F. Horn, who ran Pennsylvania’s prison system and now teaches at John Jay College of Criminal Justice. “There is a tremendous loyalty between officers.”

Mr. Hoffman wouldn’t detail his testimony in the investigation, refusing to do anything that might violate the secret grand jury process through which seven corrections officers were indicted.

He is isolated from his colleagues and irked that his stress-related workers’ compensation claim has been denied.

“I’m going to do the right thing, regardless,” he said. But he echoed a sentiment common among those enmeshed in the investigation of prison guards.

“This situation,” he said, “is just plain wrong.”

Mr. Hoffman, who grew up on an Indiana County farm, studied criminology at Indiana University of Pennsylvania in the 1980s and then joined the Department of Corrections.

He said he’s not the only prison employee to talk with investigators about problems on F Block. “There were more [corrections officers] than me who made testimony, eventually,” he said. “But I was number one.”

Being number one has made life difficult.

On Aug. 2, according to an affidavit by a detective from the Allegheny County District Attorney’s Office, fellow Corrections Officer Tory D. Kelly showed up on Mr. Hoffman’s front yard. Mr. Kelly, 40, of Aliquippa, now faces 14 criminal charges for alleged abuses on F Block.

Mr. Kelly accused Mr. Hoffman of “talking … behind my back” and challenged him to a fight, the affidavit said. For that, Mr. Kelly now faces additional charges of terroristic threats, stalking, simple assault and retaliating against a witness.

“I put myself between Kelly and my family,” said Mr. Hoffman.

He said he hasn’t been back to work since because of stress. With neither medical clearance to return, nor compensation to stay home, he has no regular income.

In January, he approached the union, hoping that it would file a grievance for him.

“Go pound sand!” was the three-word text message he showed a reporter that had been sent by Tim Crytzer, a buisness agent for the Pennsylvania State Corrections Officers Association.

Mr. Crytzer said he did “not intentionally” tell Mr. Hoffman to pound sand. Helping him “was out of my realm of my position,” he said.

Mr. Hoffman is applying for other state jobs, but said he’s been promised nothing. He’s done remodeling work, but recently put his house up for sale, saying he’s returning to the farmland from which he came.