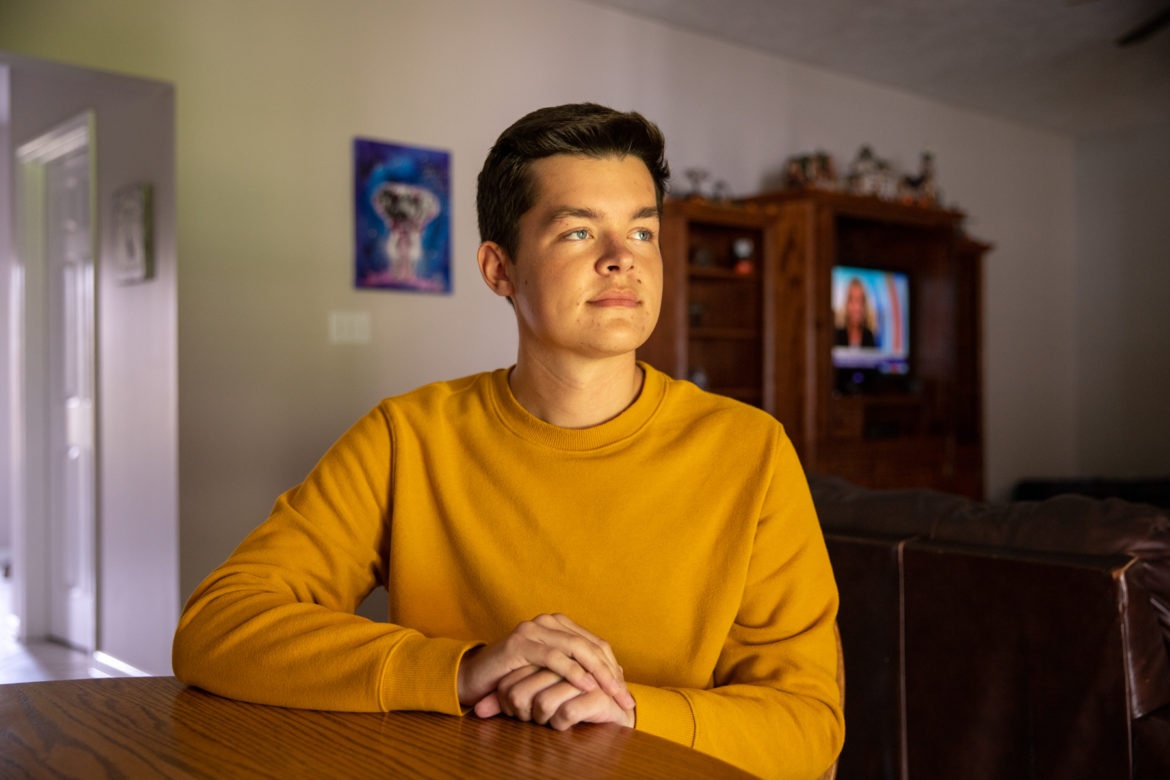 As a 17-year-old, I spend a great deal of time on apps like Instagram, TikTok and Twitter. I consume endless content ranging from cute cat videos to curated news graphics sharing information about the Taliban’s takeover of Afghanistan.

Social media has transformed the lives of teens today. There is a newly presented need to manage your digital appearance, sometimes even more so than your physical one. To take care of this appearance, teens tend to put acronyms in their bios like “BLM” (Black Lives Matter) or “ALM” (All Lives Matter) to show their stance on social justice, repost content that displays their political affiliations and have discussions —  more like arguments — in comment sections.

With the pandemic keeping us apart from those who we typically saw in work or school, we resorted to sharing our newfound selves through social media.

It may be difficult to understand now, but if teens fail to separate the online political content from real-world politics, I fear that we will face a lack of activism in the future.

Trends govern social media, while current events dominate the news. Whenever a breaking story comes out, teens suddenly “care” and “want to make a difference.” However, the second it leaves the news cycle, it is no longer worthy of our reposts or our thoughts. For example, images depicting the humanitarian crisis in Yemen were featured on many Instagram stories during June of 2020. However, it is rare to see a post about Yemen today, even as the humanitarian crisis continues. Why did our reposts not help?

Why did teens not repost content about the Azerbaijani-Armenian skirmishes over Nagorno-Karabakh? Was that conflict not worthy of our attention? Were teens who would have taken action just not educated on the conflict? Perhaps some teens did know about the event, but it did not get enough attention to warrant a “trendy” response online.

There is also the concern of “information overload.” When we scroll on TikTok and see a video of people dancing to a catchy song, followed by a video from a Black Lives Matter protest, it can be difficult to process. Many come to social media for a break from the real world, but so much information has made social media its own world — and I am afraid that my peers will not be able to escape it.

It is easy for me to get inside the mind of a young performative activist for one reason: I was one.

During the Black Lives Matter movement of 2020, I would frequently share posts to my 800 Instagram followers with statistics, calls to action and jarring images. At the time, I really thought I was making a difference. But looking back, I was not. I never walked alongside 3,000 BLM protesters in Pittsburgh, conducted my own research, contacted Rep. Conor Lamb or Sen. Bob Casey or supported local groups like Black, Young, & Educated. I stayed in my online world.

I felt satisfied with my “activism.” I am sure that many of my peers felt the same. We were so outspoken online, fostering political discussions and educating our classmates — or at least, so we thought.

The recognition that my Instagram activism was not sufficient came at the beginning of 2021, when I began to work with Pittsburgh-area mental health organizations. Ever since my freshman year, I took an interest in mental health. I have since been working to dismantle the stigma that surrounds it and substance use disorders that prevent people from seeking out treatment.

Over the past eight months, I have talked with state legislators, spoken before Pittsburgh’s City Council, sat on legislative panels, co-wrote a state mental health proclamation, been interviewed by news stations alongside Lt. Gov. John Fetterman in Squirrel Hill, began freelance journalism and worked on a policy platform for the PA Youth Advocacy Network. I saw that compared to the time I had spent reposting the previous year, I had made concrete progress in shifting mental health dialogue in my city and state. My feelings of elation quickly turned into a desire for more progress. I saw that if teens who repost were given opportunities to act in the real world, more things could change for the better. 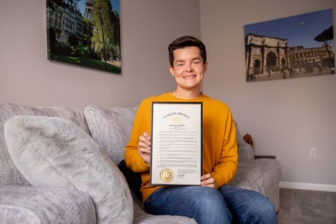 Gov. Tom Wolf declared May 23 to be Teen Mental Health Awareness day in Pennsylvania. The proclamation was co-written by Connor Dalgaard and a group of students from the PA Youth Advocacy Network. (Photo by Kaycee Orwig/PublicSource)

For my entire life, politics has been deemed as polarized, gridlocked or a lost cause. As social media has risen to prominence, I cannot help but wonder if online conversations and exposure to politics contributes to our own feelings towards the ineffectiveness of politics. If we spent the time we did arguing with an anonymous Facebook user on volunteering at voter registration drives, I can picture a more sound world.

The cutesy doodles, attractive fonts and eye-catching colors of these curated infographics seem to only be meant for one thing: clicks.  Reposting an infographic about depression with a neon pink font, made by someone who does not understand depression, trivializes mental health.

I cannot characterize everyone who reposts tone-deaf infographics as a performative activist, but I feel obligated to call attention to a trend that could turn troubling. After all, what happens when my generation’s activism goes no further than sharing information on social media?

In spite of all the doom and gloom, I still feel hopeful. My transition from a reposter to a reformer has taught me a few vital things that can help others who want to begin activism work as a teenager.

First, focus on one or two specific issues. It is too hard to be an activist for everything, especially as a teenager with other commitments. Focusing on a specific topic like education, local politics, youth voice or police brutality is key. In my opinion, it is more beneficial to make lots of headway on one issue compared to a little bit of headway (or none) on multiple issues.

Then, it is crucial to connect with relevant organizations. Look to your library, social media (without mindlessly reposting!), school counselors or past events to find local organizations and reach out. Be very clear about the fact that you are only a teen, but emphasize that that is what makes our work so special ——we understand youth voice and have unrivaled creativity.

Personally, through my school’s Stand Together club, I was connected with the PA Youth Advocacy Network. Because of the network, I was afforded the mental health activism opportunities that showed me the power that teens have. The group helped me connect for the first time with like-minded teens who were as eager as me to change the world.

Posting activism-oriented information on social media is not inherently bad. There are many barriers to engaging in “real” activism like access to transportation and technology, individual health and family support. The problem lies with those who could be creating change in the real world yet stop at a reposted Instagram story. I believe that activism actually does have a place on social media. Sharing images of yourself being a true activist can inspire others who may be afraid to step out of their online world. Reposting information from organizations that you actively work with can highlight key issues from a local perspective.

To truly catalyze change, young people need to mobilize in the streets, share our demands with the city council, join grassroots movements and talk to our families.

The youth of today must vow to take charge of the world and stick to it. We are not only the leaders of tomorrow but also the leaders of today. I am not comfortable sitting idly and keeping the status quo, and if we work together — in the real world — we won’t.

Connor Dalgaard is a senior at West Allegheny High School. Send him a comment at firstperson@publicsource.org.