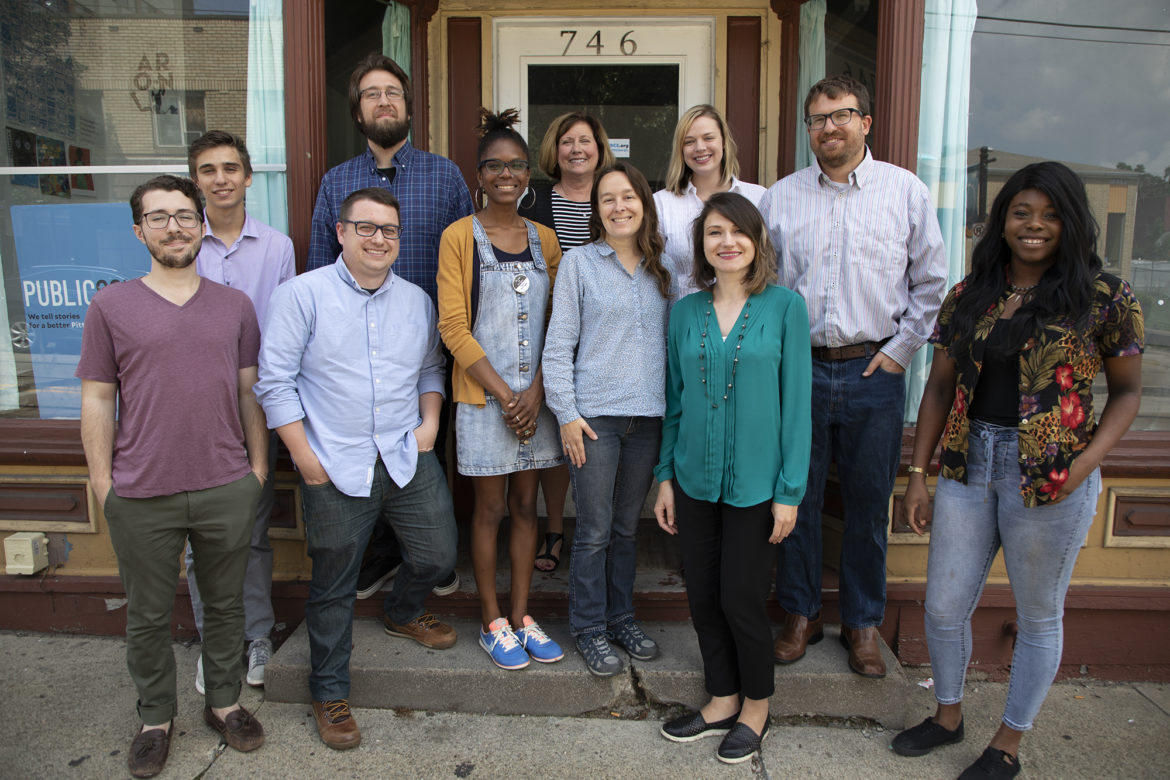 We’re thrilled to share with you some good news. So far this year, PublicSource reporters have taken home 16 awards from local, state and regional journalism contests.

In addition, the national Education Writers Association recognized PublicSource reporters Mary Niederberger and Jeffrey Benzing as finalists for their stories on disproportionate treatment and challenges for black girls in the Pittsburgh region as part of our “I am a black girl and…” series.

The past year has been challenging for journalists and media at large, with the deadly June attack on the Capital Gazette in Maryland and growing distrust in what we do from many in the American public. The Daily Beast recently published a story on a poll indicating that more than 40 percent of Republicans said the President should have the authority to shut down media outlets if they misbehave.

The free press afforded to us all by the First Amendment is under attack, and not only in Washington, D.C. It’s commonplace for PublicSource reporters to be accused of being fake news, to have doors slammed in their faces or to even be threatened. Yet each day they set out to deliver you the truth and share with you the most authentic stories and voices found in the Pittsburgh region.

It is said often by those of us in the journalism profession that we don’t do it for the awards. But these awards reinforce for us  — and hopefully for you — that the work we do has value and that we're doing it the right way.

Your readership and support make all the difference at PublicSource. Please consider donating to support our fearless, public-service journalism.

Halle Stockton is the managing editor of PublicSource. You can reach her at halle@publicsource.org or 412-515-0065.