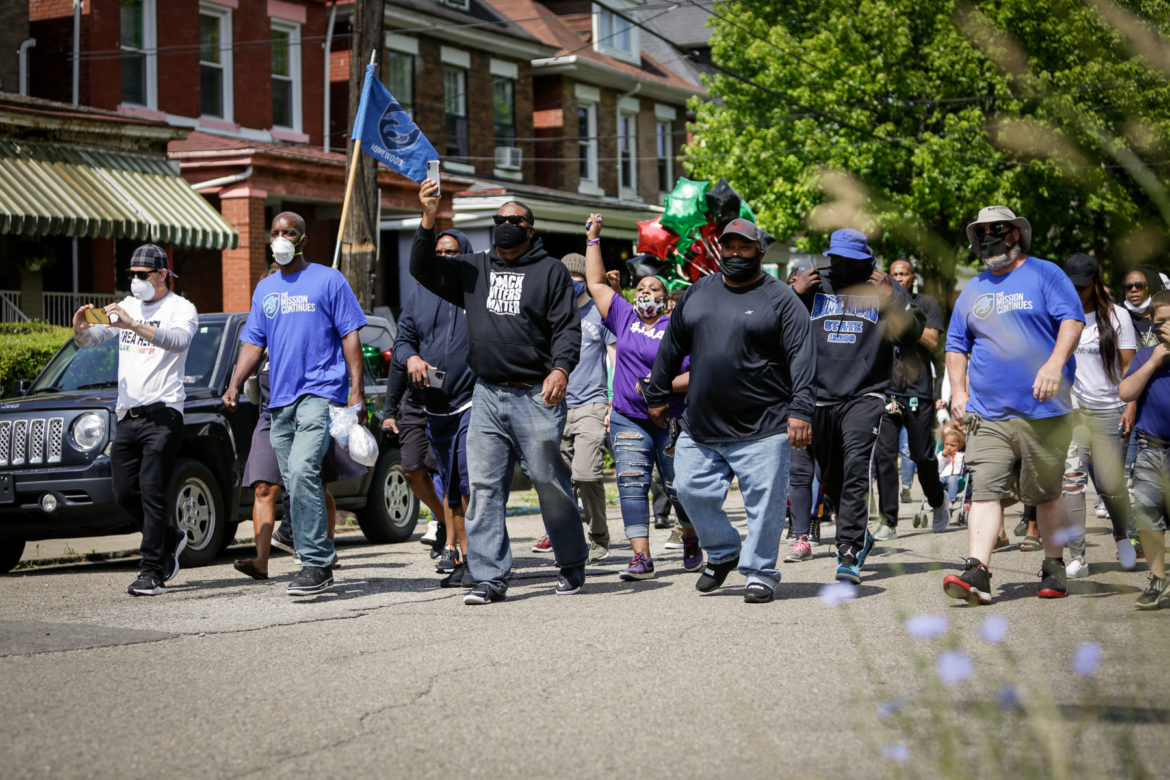 Pittsburgh’s mayor, who last year faced heat for his handling of clashes between police and protesters, is now taking fire from election challengers, including a retired officer and a politician once tasked with improving the bureau’s diversity.

Gainey criticized Peduto for being slow, in more than seven years as mayor, to reform the Bureau of Police. The mayor jabbed back, saying the lawmaker didn’t do enough to change the bureau when he was a community development specialist in former Mayor Luke Ravenstahl’s administration. 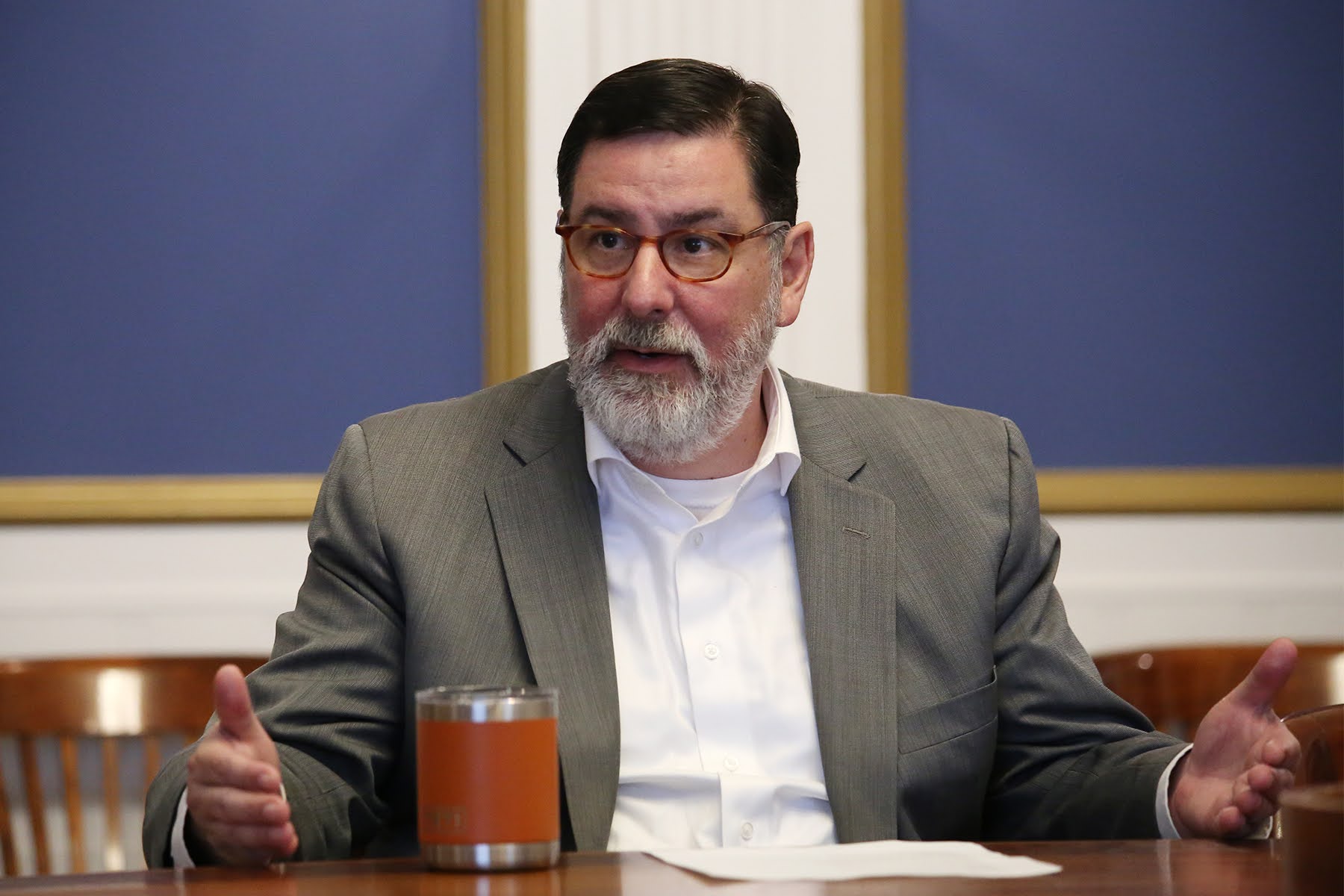 Moreno has landed the endorsement of the Fraternal Order of Police Fort Pitt Lodge 1 Political Action Committee, and said the incumbent has been arbitrary in his discipline of officers. Thompson, by contrast, called for ending the unionization of the force.

Here are four key facts about policing in Pittsburgh, and the candidates’ thoughts on related issues from interviews with PublicSource and a review of campaign materials.

Fact: 65% of arrested suspects were Black — more than double the Black share of the city’s population, per the bureau’s 2020 statistical report.

Gainey said the high rate of arrest of Black Pittsburghers is driven by the bureau’s failure to implement community-oriented policing, a law enforcement philosophy heavy on partnerships and problem-solving. “There is a serious issue with overpolicing in our neighborhoods, and the numbers don’t lie,” said the state representative, who comes from Lincoln-Lemington, which has a Black majority.

A graphic from the Pittsburgh Bureau of Police 2020 Statistical Report, released in April 2021, showing disproportionate arrests of Black Pittsburghers.

"You don’t want that overpolicing," acknowledged Moreno, whose 24 years with the bureau included time on the narcotics squad. "I think a big part of the problem is that we don’t talk to the communities.” He added, however, that in his experience most officer actions are driven by 911 calls, neighborhood complaints or proactive efforts to address areas plagued by violence, rather than by any conscious focus on given neighborhoods. 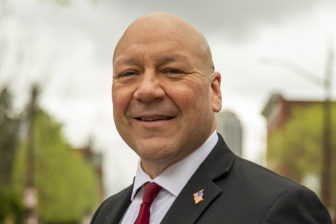 Tony Moreno, a candidate in the 2021 Democratic mayoral primary for Pittsburgh, is a retired city police officer. (Photo by Jay Manning/PublicSource)

A Peduto-appointed task force documented that city police statistically treat Black people more harshly than whites, and the mayor pledged in October to address the disparity. The police bureau hopes to study the problem using a new report management system, expected to launch next year, that will allow it to develop better data on police activities. It is also cooperating with the University of Pittsburgh Institute of Politics and think tanks RAND and RTI International on a review of disparities in local law enforcement, due in June 2022.

Gainey expressed little faith in the Peduto administration’s follow-through. “They’ve got reports on everything,” he said. “This administration talks a lot about what they want to do or what they’re doing, but they lack evidence that they are doing it.”

Fact: Pittsburgh’s police force is 86% male and 85% white, according to the statistical report.

Gainey said Black candidates for police jobs have long been weeded out during the required psychological examination or for trumped-up reasons like they “didn’t do a push-up right.”

A chart from the Pittsburgh Bureau of Police 2020 Statistical Report showing the distribution of Black men and women in the force.

“How much money is set aside in this budget that could be reappropriated to find out why we aren’t recruiting in certain areas?” Gainey said.

Peduto created an Office of Equity, with a $1.3 million budget this year, but its 2021 goals do not include promoting diversity in the police bureau. Nor does the bureau’s own budget include spending specific to attracting minority recruits. Meanwhile, the Department of Human Resources and Civil Service has pledged to increase diversity in firefighter recruit classes, according to the budget.

The police bureau has tried to deepen a recruiting pipeline to the Pittsburgh Public Schools, and plans to send officers to every ninth-grade classroom monthly next year. Bureau officials hope that will prompt students in the majority-Black district to consider careers in law enforcement.

Peduto contrasted his administration to Ravenstahl’s, in which Gainey’s role included efforts to improve police bureau diversity. “We have worked tirelessly these past seven years to make the corrections that Mr. Gainey wasn’t able to do” under Ravenstahl, the mayor said.

Gainey noted that he wasn’t mayor then, just an aide.

The bureau Ravenstahl turned over to Peduto, though, was marginally more diverse — 83% male and 85% white — than the force is today.

Thompson said he envisions a new, nonunionized police force that would welcome candidates including people who “don’t fit the mold” of “straight, white men.”

Fact: Among 100 disciplinary actions in 2020, the bureau fired two officers, including one for untruthfulness in an arrest, and another for violating the drug and alcohol policy.

Peduto has complained that he effectively can’t fire officers because arbitrators often overturn such actions. In a test case of that assertion, the Fraternal Order of Police [FOP] is now challenging the city’s firing of controversial former officer Paul Abel, saying a contractually required meeting was postponed without the union’s consent.

Peduto called on police unions nationally to stop defending officers who "dishonored the uniform," saying that would result in more community confidence in law enforcement.

A chart from the Pittsburgh Bureau of Police 2020 Statistical Report showing the types of discipline meted out to officers.

Thompson said that if elected, he’d lay down an ultimatum to the FOP: “The union could either fire the bad officers, or we could fire every police officer.” He said the city could then either create a nonunion bureau, much as charter schools hire nonunion teachers, or invite the state police to handle law enforcement in the city as they do in East Pittsburgh. 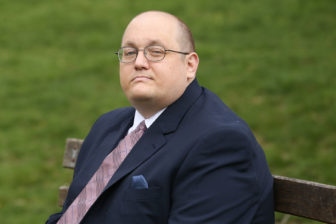 Mike Thompson, a candidate in the 2021 Democratic mayoral primary for Pittsburgh, wants to pursue a nonunion police force if elected. (Photo by Ryan Loew/PublicSource)

The process of decertifying a union is complex and requires a majority vote of members. Pittsburgh’s police have been unionized for more than a century during which the FOP and mayors have negotiated contracts and battled over terms in binding arbitration.

That process is governed by state Act 111, which bars police and firefighters from striking but puts disputes between their unions and municipalities into binding arbitration. Peduto and his task force on police reform want the General Assembly to amend the act so that arbitrators could not reinstate terminated officers if doing so would be detrimental to the public.

Gainey accused Peduto of hiding behind Act 111. “If that’s your excuse, then that’s the reason why you shouldn’t be mayor. Because at the end of the day, you’ve still got to discipline and fire these officers,” he said, urging that police who post racist or homophobic messages on social media be terminated.

“He’ll do whatever he can to fire Paul Abel, who has committed no crimes, because he’s distasteful and it becomes a public relations issue,” Moreno said. He alleged that other officers who have committed more serious infractions haven’t been fired, adding that his knowledge of bureau operations makes him the only candidate capable of changing its culture.

Fact: Peduto cut the police bureau budget this year to $106 million from $115 million, but his administration expects it to rise to $120 million by 2025.

Peduto has not signed on to calls to “defund the police” — a term activists use to mean reducing law enforcement budgets, sometimes by moving money to social services or community development. The incumbent did, however, move 5% of the police budget, or $5.3 million this year, to a new Stop the Violence Trust Fund, to pay for personnel and contracts that would support community health and safety programs.

Gainey's platform also does not include the term "defund the police." He does, however, pledge to "redirect" funds to social workers and programs he said would improve police-community relations.

An excerpt from the City of Pittsburgh Operating Budget for 2021, breaking down Bureau of Police spending for 2020 and 2021.

Thompson, on his website, calls for halving the bureau’s budget, but in an interview he described that as a "starting point." He said the cuts could be as comparatively modest as 15% and would depend on the proportion of policing duties that he could distribute to social workers, paramedics or other unarmed professionals.

Moreno hasn’t advocated deep cuts in the police budget, nor shifting responsibilities for responding to behavioral health crises away from officers. He said that employment and homeownership are keys to low crime rates. But he added: "When you don’t police areas that have problems, the violence becomes more evident and brazen, and it happens in plain sight.”