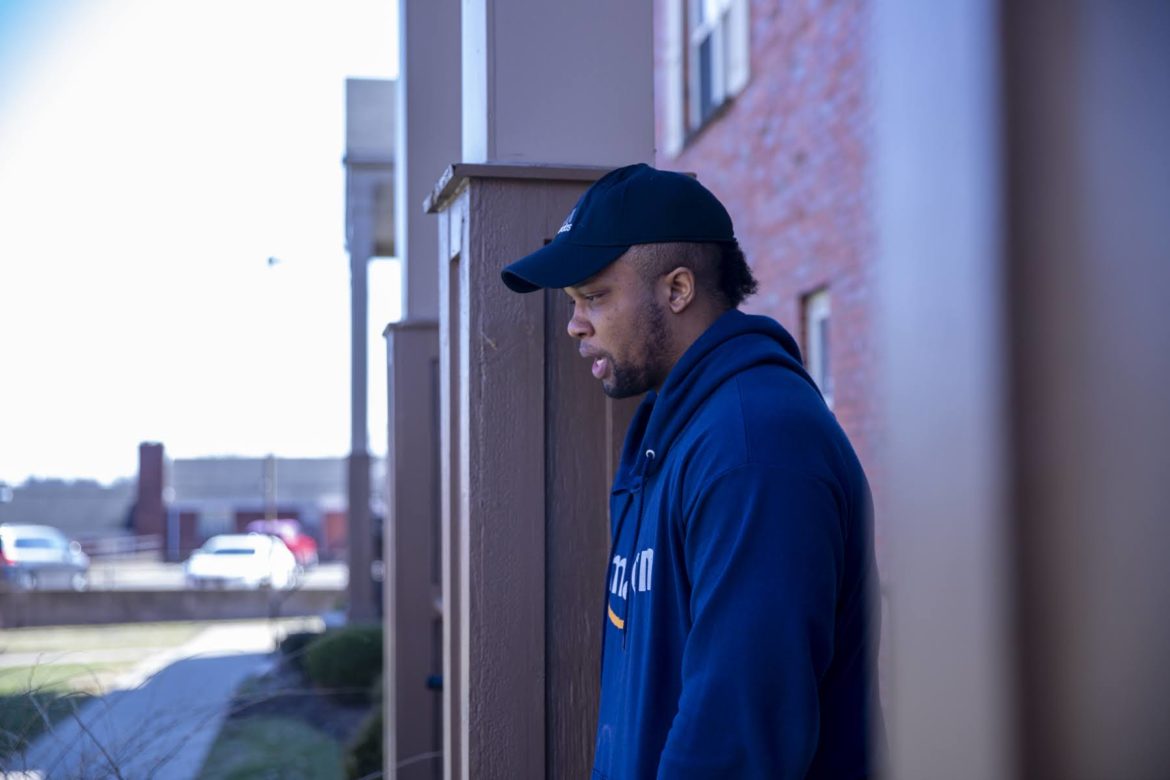 Donald Megginson faced an eviction case after he fell behind on rent by $678, according to a court filing. He lives with his partner and two children, ages 8 and 2. He later caught up on the rent, and the case was withdrawn. (Photo by Jay Manning/PublicSource)

The human and economic costs of eviction far outweigh the price tag of helping people stay housed, according to a report released by The Pittsburgh Foundation*, which lays out a potential path to fewer landlord-tenant cases.

The foundation's report comes at a time when federal and local curbs on evictions have pushed landlord filings against tenants well below pre-pandemic norms. Foundation officials contend that the heightened attention to the effects of eviction spurred by the COVID-19 pandemic creates an opportunity to change a system that upends the lives of thousands of Allegheny County families each year.

"We have increased knowledge and awareness,'' said Michael Yonas, the foundation's vice president for public health, research and learning. “We’ve had political and legislative action that has helped to protect people during COVID." He added that the respite in filings creates a window of opportunity to improve the system before any return to normal levels of eviction filings.

Landlords now control around 37% of the housing market countywide. COVID-19 is testing the health of this market, bringing eviction curbs, rent relief and a revived tenants’ rights movement. PublicSource and WESA are exploring these changes and examining the governmental and civic responses to the emergence of Tenant Cities.

The pre-pandemic average in Allegheny County was around 13,000 eviction cases filed per year, most driven by failure to pay rent. A Centers for Disease Control and Prevention order gives many tenants affected by the pandemic a reprieve from ejection, but case filings continue, albeit at lower levels.

Court records don't clearly differentiate cases that resulted in the displacement of the tenant from those that lead to other solutions, like payment of the overdue rent. The report's authors interviewed dozens of affected households to get a sense of the effects of ejection.

"When families lose their homes — and consequently, their jobs, their academic standing, their possessions and more, sometimes all at once — they’re left with nowhere to turn but social services and antipoverty programs," the report said. "Likewise, by forcing families to move, eviction further concentrates poverty, inviting crime, additional policing, incarceration and trauma." 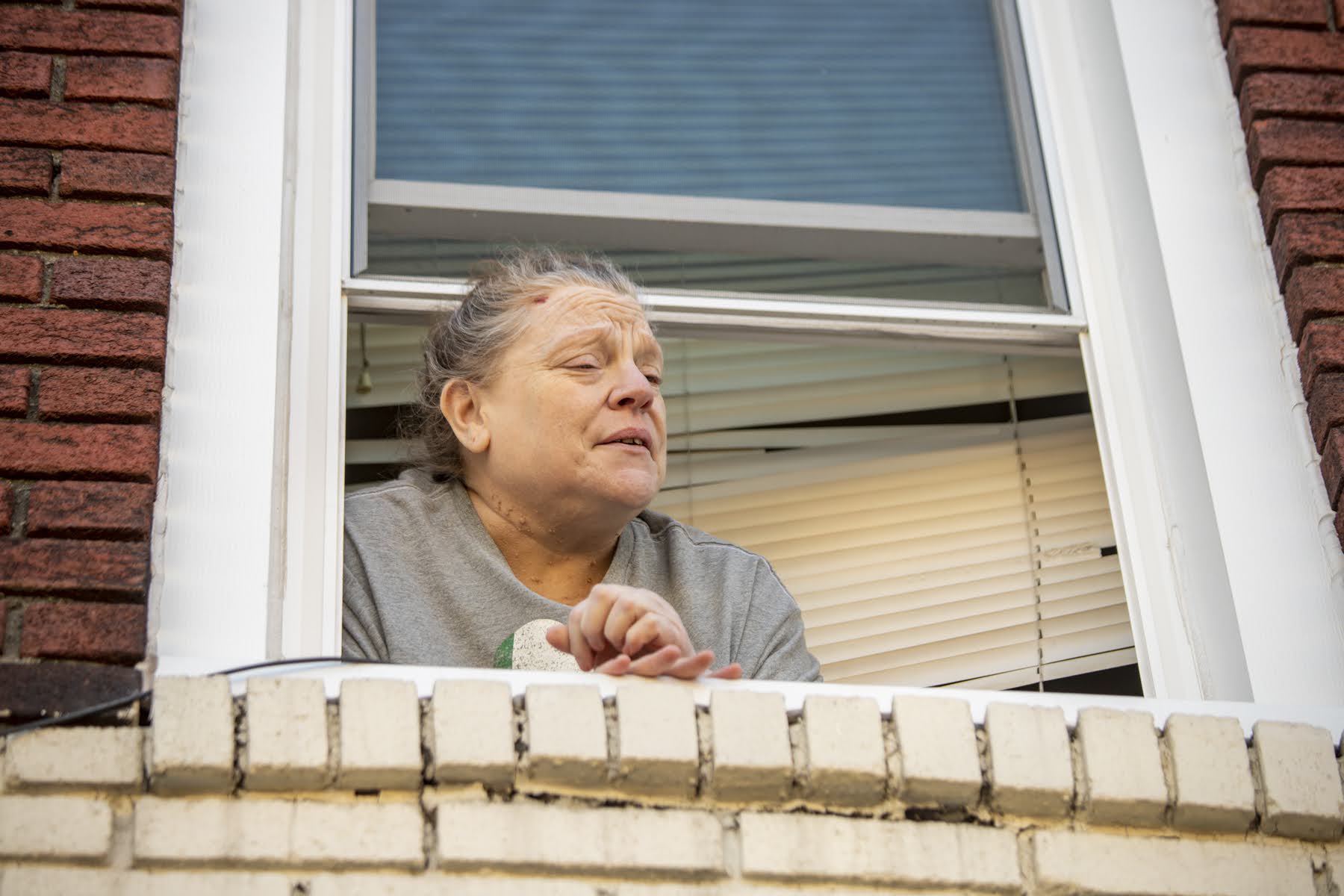 Mary Ellen Barber peers out the window of her second-story apartment in Avalon. She fended off one eviction filing by her landlord but knows she may imminently face another. (Photo by Jay Manning/PublicSource)

Those effects are not evenly distributed. The report, which focused on evictions filed from 2012 through 2019, found disproportionate numbers of cases filed against public housing tenants and other households paying $500 or less in rent per month.

One of the report’s main recommendations is the creation of a countywide eviction prevention and diversion program. Such a program could include pre-court mediation between landlords and tenants, plus help guiding troubled tenants to rental assistance, other human services and free legal help where needed.

Some potential pieces of that program have already emerged during the pandemic. The nonprofit Just Mediation Pittsburgh, funded in part by The Pittsburgh Foundation, provides videoconference problem-solving sessions for landlords and tenants. And under a temporary order by Allegheny County President Judge Kim Berkeley Clark, the county Department of Human Services [ACDHS] now helps tenants at eviction hearings to apply for rental assistance.

In March, PublicSource attended a series of eviction hearings in District Judge Ralph Kaiser’s courtroom in Baldwin Borough, a hotspot of landlord-tenant cases. Tenants who attended hearings were immediately referred to an ACDHS representative who offered in-person, on-the-spot help connecting them to rental assistance. 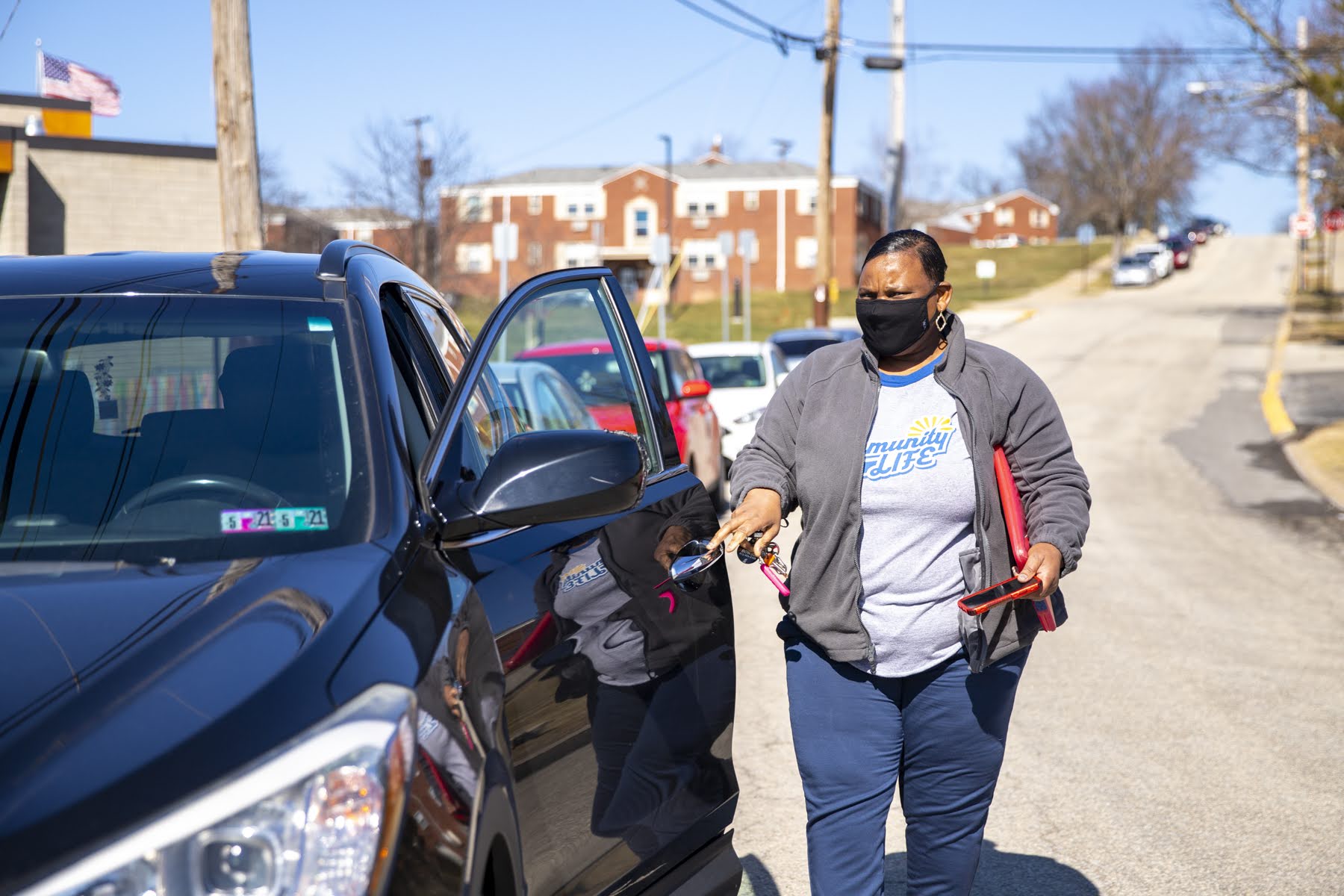 Happiness Nyirenda, a tenant of The Alden South Hills who is the defendant in an eviction case filed by the landlord, prepares to go to her job as a certified nurse assistant, helping seniors. She was behind in her rent by $785 at the time the landlord filed against her. (Photo by Jay Manning/PublicSource)

“This is an inexpensive way to handle a problem,” Kaiser said in an April interview with PublicSource. “I think these Department of Human Services people for the county have been doing a great job.”

Jane Downing, the foundation's senior program officer for economic and community development, said the community should consider extending, beyond the pandemic, ACDHS representation in the courtrooms that see the highest numbers of evictions. She said the tricky part will be finding long-term funding that would pick up the costs after pandemic-related federal infusions end.

Some of the report’s other recommendations include:

Some of the recommendations — including those related to court fees, lease terms and expungement — would require General Assembly action. “It’s unclear if there is enough support within the state legislature to make these reforms,” Downing said, but she noted that some legislators have introduced bills that align closely with the recommendations.

It should be possible, said Yonas, to forge a coalition to improve this system. “Everyone wants to avoid eviction, including landlords,” he said. “To have an integrated system for eviction prevention really serves everyone.”

Rich Lord is PublicSource’s economic development reporter and can be reached at rich@publicsource.org or on Twitter @richelord.