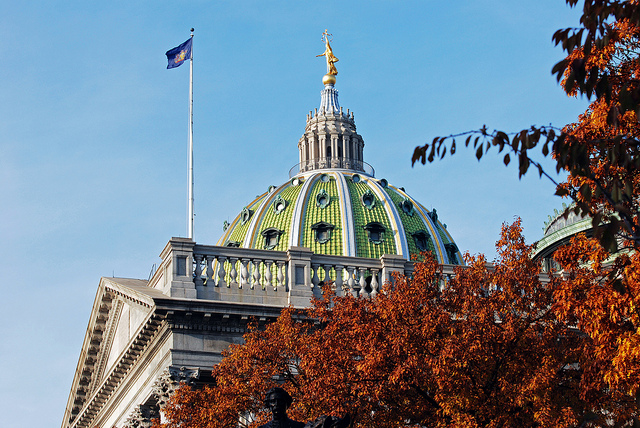 There might be good news for those who care about drug treatment money.

In the budget bill approved by the state Legislature — but not yet fully adopted as the final state budget — the commonwealth is giving $45.5 million to assist local drug treatment agencies in funding that passes through the Department of Drug and Alcohol Programs [DDAP].

While shy of the $46.2 million proposed by Gov. Tom Wolf, it’s an increase over the fiscal year 2015-16 budget appropriation of $44.7 million, which also represented the first significant funding increase in many years.

As PublicSource reported last month, drug overdose deaths in Pennsylvania have risen for many years, including over a period when drug treatment funding was either cut or stagnant.

Pennsylvania is among the states hardest hit by an opioid overdose epidemic. Gary Tennis, secretary of DDAP, has pointed out a clear link between deaths and funding cuts for treatment.

“If drug and alcohol funds are cut because we can’t balance a budget with new revenues, we will make an already tragic time in our history even worse,” he said in February soon after Wolf released his budget proposal.

At that point, the state had yet to even approve the prior budget, which should have already been in force for many months.

Operations funds jumped to $1.87 million in fiscal year 2015-16. Despite that boost, the department has still been strapped for cash to the point where numerous staff vacancies have been chronically unfilled.

“The overwork is a little bit of a vicious circle,” Tennis told PublicSource recently, explaining that not having adequate staff has hurt the department’s work.

Staff is asked to take on more work with fewer resources, and Tennis said, there hasn’t even been an employee who can focus on writing grants to bring in more money from outside of the state.

The department gets roughly $10 million in federal funds for operations and $71 million that goes to local drug treatment.

A previous version of this fiscal year’s budget approved by House lawmakers was more generous to the department.

It would have given $2.6 million to DDAP for operations, and while money for local drug treatment wouldn’t have increased, the budget booked a separate $5 million for emergency treatment.

Meanwhile, Wolf has touted an additional $34 million to be directed toward opioid treatment for 11,250 new individuals through the Department of Human Services.

Only part of that money exists, however.

According to Jeffrey Sheridan, the governor’s spokesperson, $15 million in state funds will be dedicated toward that treatment. An additional $5.4 million in federal money will also be used.

State lawmakers have called for an emergency session this fall, which will focus on the opioid epidemic.

For now, the question is if the budget bill will actually be enacted. While lawmakers have approved it, there is no deal on how to pay for it.