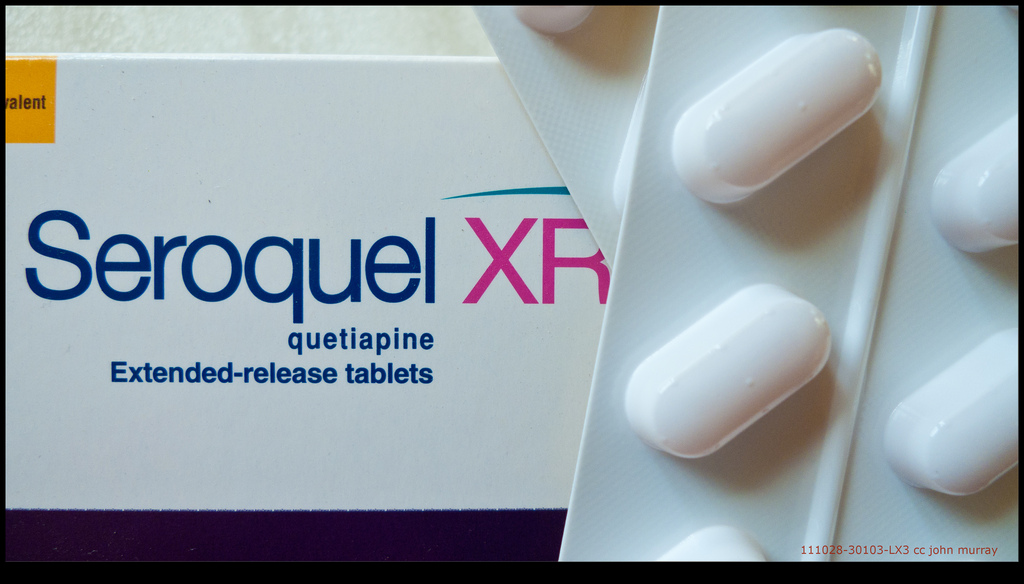 Two years after the federal government called for nursing homes to cut back on the use of antipsychotic medications, nearly 300,000 nursing-home residents are still receiving the powerful drugs, according to NPR.

The medications, like Seroquel and Risperdal, are typically used to treat mental illnesses, like bipolar disorder or schizophrenia. But more and more, they are being prescribed to people who have dementia because it can lessen anxiety and aggression.

Many families are simply told by nursing home staff that their relative needs a medication to relax. They don’t know that the off-label use of the drugs can lead to a higher risk of cardiac arrest, infections and death.

It’s also against the law in some cases.

Federal law prohibits the use of antipsychotics and other psychoactive drugs for the convenience of staff. It's called a "chemical restraint." There has to be a documented medical need for the drugs.

The potent combination of these medications can cause a person to be unable to talk or think clearly, and it can also make it dangerous for them to try to get around by themselves.

NPR featured the stories of two daughters whose mothers had been admitted to nursing homes because of frequent falls and resulting injuries as well as dementia. Both women were put on antipsychotic medication, which made it practically impossible for them to take part in the rehabilitation for which they had been admitted.

One woman filed a class-action lawsuit against the nursing home for not following the proper procedures to get consent to prescribe the medications. The nursing home settled and was required to change its prescribing practices.

Professor Bradley Williams, who teaches pharmacy and gerontology at the University of Southern California, says antipsychotics should only be used as a last resort, and just for a month or so, before gradually being eliminated.

Antipsychotic drugs change behaviors, Williams says. "They blunt behaviors. They can cause sedation. It increases their risk for falls."

Antipsychotic medications are not approved to be used for the treatment of dementia. But that doesn’t stop doctors from doing it.

The Department of Health and Human Services Office of Inspector General revealed in 2011 that 88 percent of Medicare claims for antipsychotics prescribed in nursing homes were used to treat symptoms of dementia, according to the NPR report.

In response, the federal government pushed nursing homes to set a goal of reducing antipsychotic prescriptions by 15 percent.

Two years later, the Centers for Medicare and Medicaid Services [CMS] report that an average of 19 percent of U.S. nursing-home residents are taking antipsychotics.

The average is slightly lower in Pennsylvania, with an average of 18.4 percent being issued the potent meds.

According to CMS data, 27 states have higher percentages of nursing-home residents on antipsychotics.

Louisiana and Texas have the highest averages, with 26 percent of nursing-home residents on antipsychotic medication. Seventeen other states have averages of 20 percent or higher.

Ten states have fewer than 16 percent of nursing-home residents on the pills, including California, which has triple the population of Pennsylvania.

Golden LivingCenter of Lancaster — which PublicSource reported has the second-highest fine amount of any nursing home in the country — also has a high percentage of residents on antipsychotic medication. The data show 32.6 percent of its residents are on the powerful drugs.

But the use of these medications may not be impeding on care and the satisfaction of residents and their families. In a statement from the Lancaster home’s executive director, Stephen McShane wrote that the facility improved its rehabilitation discharges by 18 percent, “which means we are helping people recover and return home faster in 2014.”

He also shared that 100 percent of residents and families indicated they would recommend the facility to others.

PublicSource also reported that Harrisburg has the highest average rate of nursing-home deficiencies of the 10 most-populous cities in the state.

However, its five nursing homes do better than the state average on the issue of residents who are prescribed antipsychotic medications. Fourteen percent of Harrisburg nursing-home residents on average are taking antipsychotics.

You can dive into the federal CMS data here, but NPR also put together a user-friendly database. You can plug in a specific nursing home to see how much it relies on antipsychotic medications.