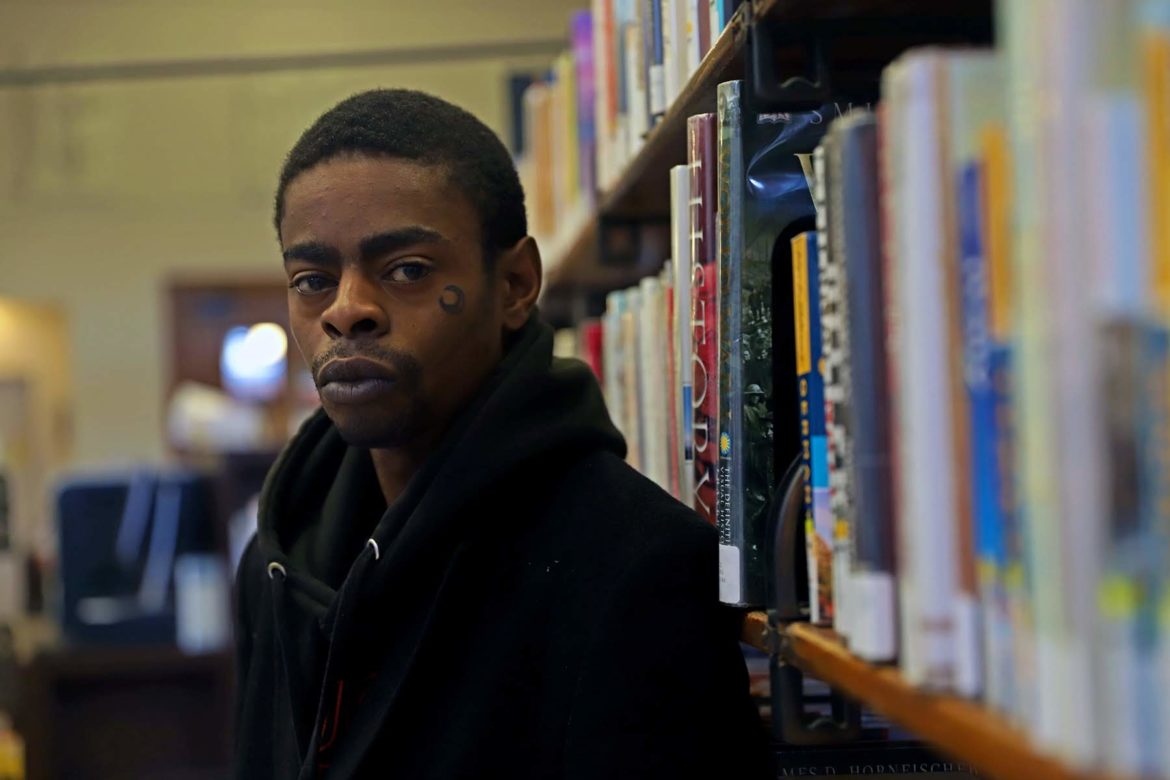 Jeffrey "Boosie" Bolden in the Carnegie Library of Pittsburgh's Lawrenceville branch. Bolden said he often spent time at the library reading while struggling with depression. (Photo by Jay Manning/PublicSource)

Ermias “Nipsey Hussle” Asghedom was the man who taught me that when you have a dream or mission, the worst enemy you can have is idle time. That was 2009. Ever since then, I found myself listening to Nipsey Hussle every day.

His messages of hope carried me through dark times. He was the voice that inspired for nearly a decade. Not just me, but millions. So when news broke that he was killed in his clothing store in March in Crenshaw, Los Angeles, I was not the only person who cried and mourned for the late great.

Eric R. Holder Jr., the person accused of Nipsey Hussle’s murder, quickly became one of the most hated individuals in the world. A photograph of the alleged murderer with slight bruises on his forehead and a catfish mustache circulated across the internet. Holder was taken into custody in Bellflower, California, after checking himself into a psychiatric hospital, claiming to be in need of help. It was later revealed that Holder had a history of mental illness and has reportedly sought help from a mental facility in the past.

Months prior to Nipsey Hussle’s death and Holder’s arrest, I was planning my own suicide. Even now, I find it hard to pinpoint the exact reason I wanted to end it all. I was filled with voids and abysses. The dreams I cultivated of being a great author of poetry and prose were dashed. All I saw was darkness. All I had was music to keep me going. Nipsey Hussle’s “Victory Lap” album was on repeat in my ears. But no amount of music could drown out the melody of depression. I didn’t recognize the song. I didn’t have the lyrics to sing for help either.

Looking at Holder’s picture online, the grimace, the hard stare, I saw something familiar in his eyes. It was like staring into the mirror at my own demons. I recognized my monsters.

It was Nov. 14, 2018, when some of my best friends and my brother showed up at my doorstep to talk me down from a metaphorical ledge that was quickly becoming less and less of an analogy. They brought me McDonald’s fries and a McFlurry. While one friend rubbed my shoulders, another taught me about depression. My brother hugged me close. They pulled me back from the darkness that tried to consume me by asking me what I needed. At that point, I knew more than anything that I needed help.

I visited a Pittsburgh-area hospital described as a national leader for providing innovative psychiatric help for children, adolescents, adults, even seniors. My friends took me there to try to save me.

No help existed for me here.

This place, where people are supposed to find sanctuary in their darkest moments, is marked by metal detectors and security officers who resemble corrections officers granting entry into prisons. After a wait, I followed someone on staff into an exam room.

I sat in a chair in the corner while the person drilled me with questions.

Do you have thoughts of harming yourself?

Do you have thoughts of harming others?

Do you have a history of depression?

Are you on any kind of medication?

Do you abuse any kind of drugs?

They were standard questions I recognized from another institution. I had heard the same line of questioning in 2012 from a detective at the Claiborne County Justice Center in Tennessee right before I was taken back to lock-up for five days on charges for failing to appear in court, stemming from a 2010 charge of disorderly conduct.

The psychologist asked me so many questions and forgot the main one.

I think about these interactions and the way it made me feel when I think about Eric Holder. Do not mistake this for forgiveness. He killed our brother, a king to a culture that is hated by the powers that be. He has earned my hatred. But as I remember my experience, I find myself wondering how many times he’s been interrogated by police officers. I wonder if he received the same ‘treatment’ as me when he sought help. I had a job, food to eat and, most importantly, a support system of friends and family.

But what did Holder have? He was a member of the same gang as Nipsey but became an outcast, accused of snitching. He had no family, no hood, no love, no money. Maybe he cried himself to sleep like I did, maybe he dreamed of a better day. 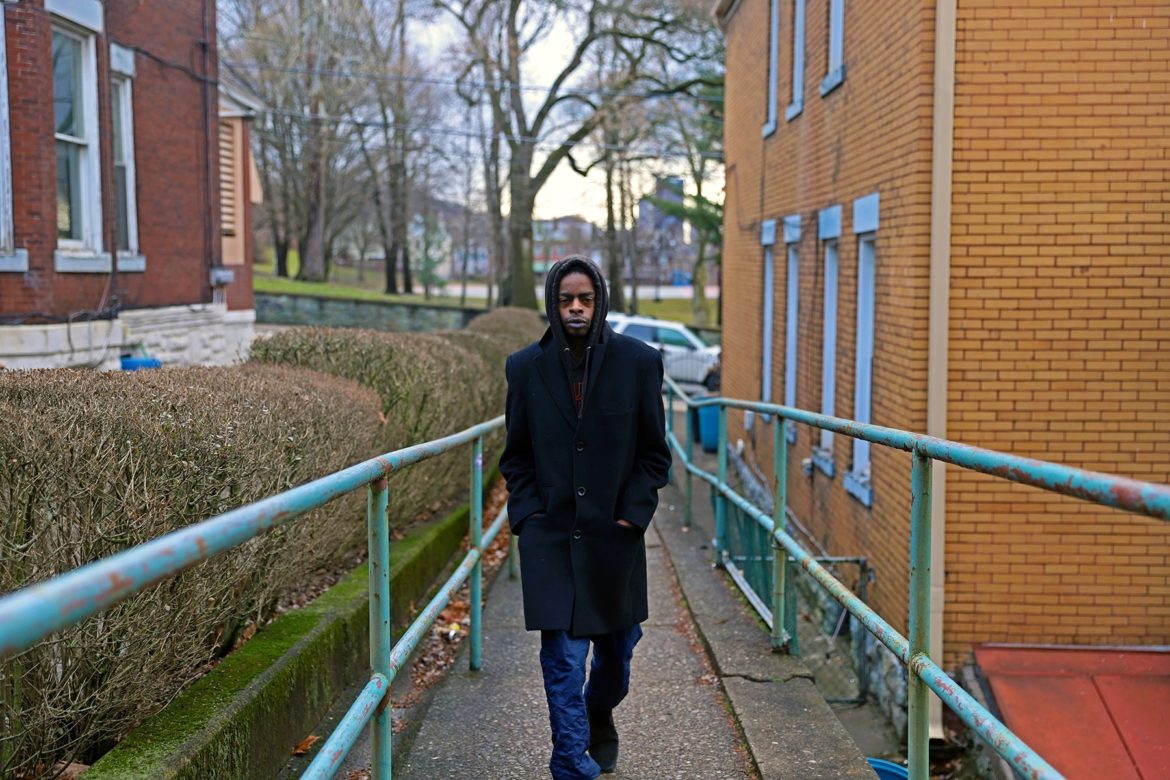 It has been more than a year since my suicide attempt and almost a year since Nipsey Hussle’s untimely demise. In that time, I found my greatness. I fell in love, and my memoir told through the lens of hip-hop, entitled “Reverie Noir,” had been picked up by Tolsun Books.

Nipsey said on the first Marathon tape that he had been treated a lot of ways but never fairly. This was a telling statement generally to the conditions of being an African American and, in my experience, especially to those of us with mental health issues. African Americans are treated more like enemy combatants, even in places where we seek refuge and help.

I realized that cold day at the psychiatric hospital that there was no help for us. It was a cold day in March when I realized we need to help ourselves. And during Holder’s trial, which is expected to start in early 2020, we’ll only learn more about how society treats African Americans with mental health issues.

Only through a healing process can we see the demons in our communities for what they truly are: angels buried underneath generations of pain. It’s time we peel back the pain of our past, one layer at a time. We owe it to ourselves, our communities and our legends.

Jeffrey Bolden is the author of the upcoming hybrid fiction/non-fiction memoir “Reverie Noir.” He is also the creator of the concept, Song Stories, in which he infuses elements of fiction, spoken word and non-fiction with rap lyrics. He can be reached at jeffrey.bolden@chatham.edu