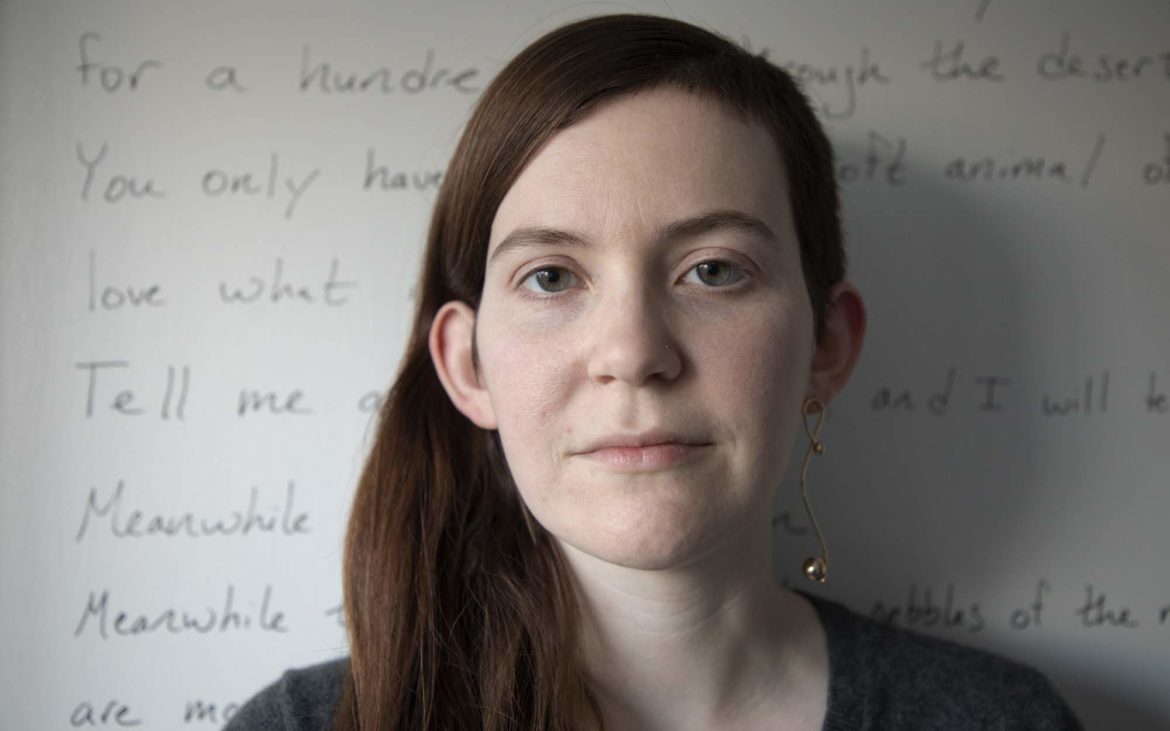 Alyssa Cypher serves as executive director of Inside Our Minds, a radical mental health organization in Pittsburgh. (Photo by Kat Procyk/PublicSource)

Mental illness was a label I always knew but one that I never thought described me. The label was given to me in my early childhood and, from then on, I tried to make peace with the fact that I was “ill.” I twisted and turned the label in my head, trying to figure out what it meant for me and how it fit into my life.

“Was there something wrong with me?”

The term seemed to suggest that there was this internal wrongness, something that needed to be corrected or at least managed. “You’ll have to deal with this for the rest of your life,” as some of my mental health professionals would say. I pored over that sentence again and again in my head. To a child, "for the rest of your life" is a long time.

As I got older, I started to embrace the label of mental illness — not as my choice, but as a fact of my life. Preconceptions about the label drove me to push myself, to prove people wrong, to show people I could be valuable despite my illness. Eventually, I was able to work in the mental health field as an inspirational speaker. I would go to classrooms full of teens or young adults to tell my story, my success story. However, I didn’t really feel like a success or that I wanted to send that message, but this, I was told, was the way to inspire.

I argued with myself that this was empowering. This is what ‘empowerment’ felt like: A cookie-cutter narrative of my life as a person with an illness, defined by people who knew how to inspire. I dreaded every morning I had to wake up and speak. The success narrative felt like another label that was prescribed to me.

I realized that I didn’t want to be inspirational because I found a way to be successful despite my “illness.” I didn’t want to be seen as ill at all. And I didn’t want to send the message that our worth as people should be based on conforming to a norm. I had spent my life up to this point running from the label, attempting to conform and to be acceptable in everyone’s eyes but my own. Secretly, I started referring to myself as “Mad” or “Crazy,” a label I had preferred in my childhood but never spoke out loud. With this chosen identity, it was like I finally had some agency over my mind, my body and my reality rather than having it dictated to me.

I understood then that it wasn’t productive to speak about symptoms alone. I wanted to address the root of the harm and take back control over my own narrative.

I could speak about hearing my heart pounding in my ears when I’m gripped with anxiety, but that wouldn’t be complete. What about my childhood fear of finding my family dead when I got home from school, brought on by losing my father at the hands of a medical professional? The labels of “girl with the dead father,” and “traumatized” followed me to elementary school, where I was treated differently as early as in first grade and held back from gifted classes for fear that they would stress me out. I sat, bored in class, watching my friends excel while I was left behind, wondering what I had done wrong, why I was being punished.

I could speak about how depression made everything seem gray in my mind, but I was much more affected by the inability of my high school teachers and school therapist to recognize that I was being abused by a boyfriend, a recent graduate of our high school. I did everything I could to avoid going to school and, rather than asking me what was wrong, administrators served my mom letters in the mail threatening legal action. The labels of “mentally ill,” “at-risk youth,” and “attention-seeking” prevented me from the support and mental health care I needed.

I could speak about my suicidal ideations and self-harm in college, but what about what happened when I actually sought help? Campus police came to my Oberlin College dorm to confiscate my aspirin and butter knives. Administrators strongly suggested that I withdraw from the semester fewer than 24 hours later, without asking my opinion on the matter or how best to help. I moved out of my dorm room while my friends and roommate watched in disbelief and tears, wondering what happened. The labels of “liability,” “suicide-risk,” and “borderline” far outweighed any academic accomplishments I had worked toward my entire life.

And I could speak about how five years later, during my final semester of graduate school, my psychiatrist casually suggested that I drop out, despite my full-ride scholarship and despite the fact that my education was the only thing keeping me going, because, he said, “I wonder if you’re able to handle this right now.” My degree is displayed proudly in my home office, and I cried tears of relief and defiance when I walked across the stage to receive it.

Was I labeled as “ill” so the people who hurt me wouldn't be held accountable? Why was I responsible for cleaning up the aftermath of my trauma? Should I have responded to trauma with poise and resilience rather than distress and tears? I realized that symptoms were never my biggest obstacle in life. I definitely could relate to the narratives I read on the Internet describing the lows of depression or the queasiness of anxiety with perfect clarity. But I never understood why those narratives were always the only ones at the forefront of our conversations in mental health. For me, the biggest obstacle in life was the label.

Labels were always attached to me without my permission. They haunted me every time I wanted to heal from my past traumas, to be truly myself. When I was finally given the choice to speak about myself how I wanted to, I chose to identify as “Mad.” Madness spoke to me in a way that mental illness didn’t. It gave me the language to speak about what was done to me, rather than my reaction to what was done to me. It introduced me to neurodiversity, the social determinants of mental health, the impacts of trauma — concepts that described my mind and experience far better than illness and the medical model. I want to see mental illness from a perspective that’s empowering to me, my experience and the experiences of my community. Most importantly, “Mad” is an identity that I’ve chosen, that I’ve related to and connected with, rather than a label that was ascribed to me. This is who I truly am, not who other people wanted me to be. 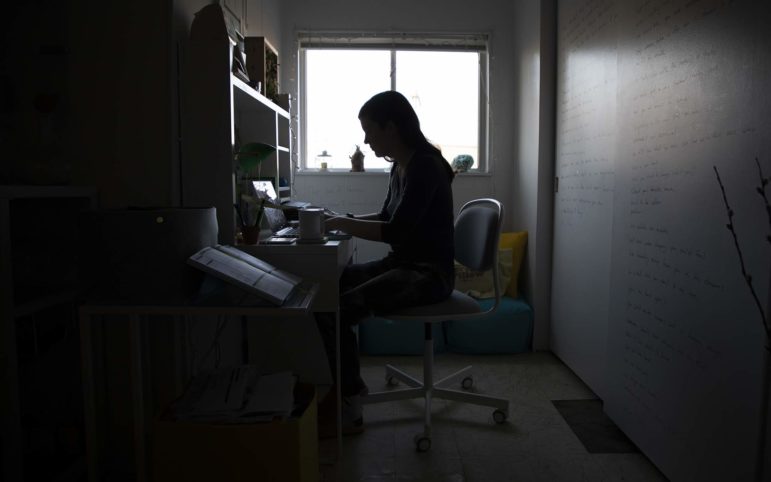 "I want society to accept me for who I am and how I choose to define myself," wrote Alyssa Cypher of how mental health issues are often labeled. (Photo by Kat Procyk/PublicSource)

This choice came with a lot of social consequences. Since rejecting the label of mental illness for myself, I’ve found that I make people uncomfortable or even angry, especially people who adopt more traditional views in the mental health community. It’s like my identity somehow overwrites theirs. Some people feel the need to force their own identity on me, saying that I’m in denial of having a mental illness. I’ve been sent hate mail calling me wrong as a person, perpetuator of stigma, a bad influence for kids and many things I cannot repeat. I’ve been bullied and fired from jobs in Pittsburgh mental health for choosing to identify as “Mad” — discrimination without many opportunities for legal recourse. With every negative interaction, those feelings of wrongness and worthlessness from my childhood returned. The difference is now they feel a lot less suffocating.

I want society to accept me for who I am and how I choose to define myself. Many of my friends identify as having a mental illness, and I respect their identities and relate to their experiences, just as they respect and relate to mine. I wish more people took the time to learn about alternative ways of viewing mental health, to listen to why myself and others choose to identify this way. I’m not always happy, nor am I doing well at all times, but I feel at home in myself, rather than a stranger in a body someone else built and defined for me. I’ve redefined what it means to be me in a way that makes sense to me, a label I’m OK having “for the rest of my life.”

Alyssa Cypher serves as executive director of Inside Our Minds, a radical mental health organization in Pittsburgh. She can be reached at alyssa@insideourminds.org.