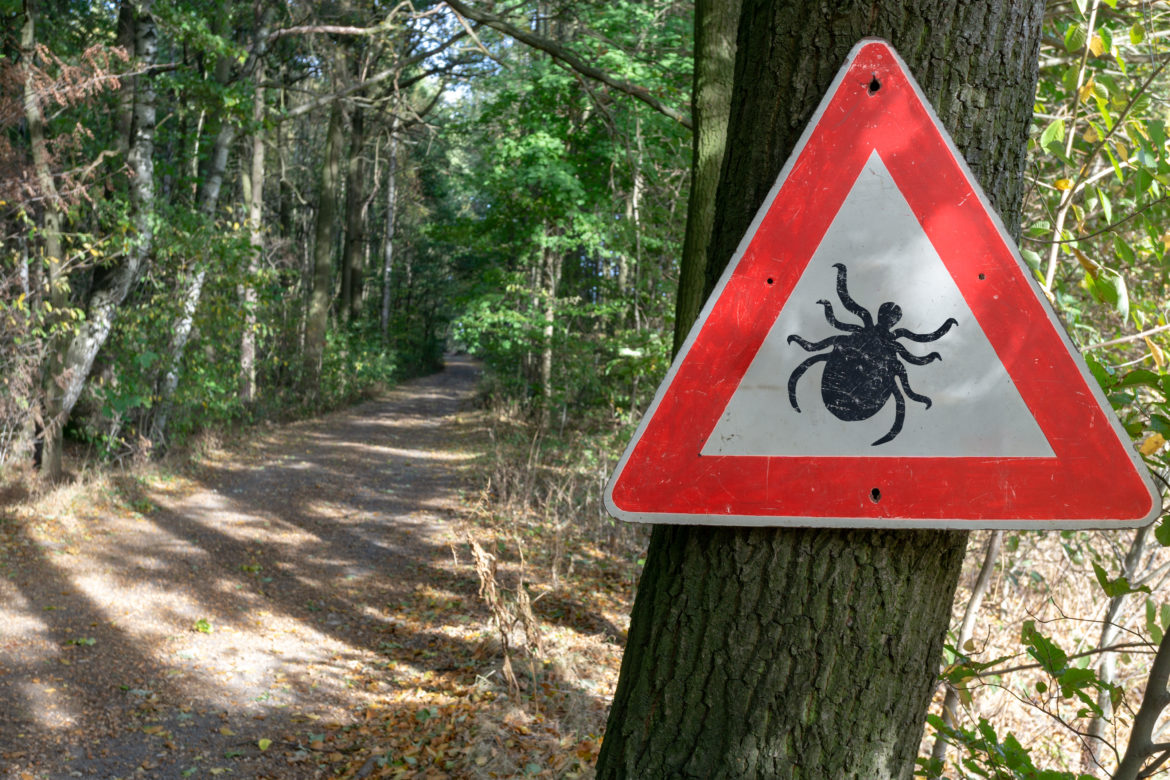 “This is the busiest year for Lyme disease that we’ve ever had in the Pittsburgh area,” Dr. Andrew Nowalk, head of UPMC Children's Hospital's Division of Infectious Diseases, said about the increase in pediatric cases.

Though ticks that carry the disease are generally found in densely wooded areas, they’ve grown so prominent in the Pittsburgh area that they can show up just about anywhere outside, particularly around dawn and dusk. Children’s Hospital has seen an increase in patients from all across Allegheny County, Nowalk said, from rural areas to the city.

Lyme disease can cause serious, long-term illness if untreated. It’s important to understand the risks and symptoms and know what to do if you’ve been bitten.

What is Lyme disease?

Lyme disease is caused by a bacterium called Borrelia burgdorferi, which is typically transmitted to humans when infected ticks bite and remain attached for more than 36 hours.

Every county in Pennsylvania has ticks that carry the disease, according to Acting Physician General Denise Johnson. While not every tick carries disease-causing bacteria, the prevalence of ticks and tick-borne diseases in Pennsylvania have skyrocketed in recent years, particularly in the Pittsburgh area.

In 2019, Allegheny County made up a quarter of the state’s cases, recording 2,306 infections out of 9,008 reported statewide, according to the most recent state breakdown. Children’s Hospital in July reported that nearly 700 children have been treated for Lyme disease this year. Since then, that number has continued to rise.

“[Cases are] well above 800 and now probably headed toward 1,000 cases before we even hit September,” Nowalk said in mid-August.

How do I stay protected?

Ticks like warm weather, meaning ticks are especially active when the weather is good for outside activities. Johnson shared the following tips on reducing risk during a July press conference:

Taking multiple steps to protect yourself and children is important because ticks are so small and bites are often unnoticed. Ticks can also crawl from pets, so it’s important to keep an eye out even if you haven’t spent time outside yourself.

“With a fly, you know when you’re bit –– with a mosquito, you usually know,” Cindy Adams Dunn, secretary of the Department of Conservation and Natural Resources, said during the press conference. “But with a tick, you’re not going to know.”

If you need to remove a tick, avoid squeezing, which pushes fluid back into your body. Dunn recommends purchasing a tick removal kit or visiting a clinic if you’re concerned about removing a tick yourself.

What are early symptoms of Lyme disease?

According to the Centers for Disease Control and Prevention, early signs and symptoms of Lyme disease are felt between three and 30 days after being bitten.

The identifying symptom for Lyme disease is the bullseye-like rash, also known as the erythema migrans [EM] rash. The EM rash forms at the site of infection, gradually enlarges over time, and is usually not itchy but instead warm to the touch. However, the rash doesn’t always show up, so it’s important to be mindful of other symptoms and check for ticks regularly. 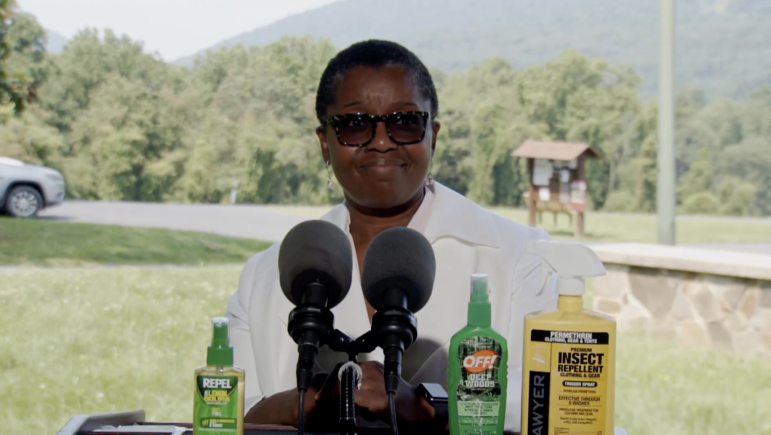 A lot of these symptoms sound like coronavirus symptoms. How can you tell the difference?

In pre-pandemic times, if a person exhibited flu-like symptoms in the summer after spending time in tick-populated areas, it was likely Lyme disease. But someone bit by a tick might instead interpret flu-like symptoms as a mild case of COVID-19.

“On the COVID side, the presence of respiratory symptoms –– cough, difficulty breathing, runny nose –– are a very helpful distinguishing factor,” Nowalk said. “Lyme disease does not affect the lungs, the nose or the throat at all.”

“On the flip side, if you have fever and you’re wondering if you’ll develop respiratory symptoms but you develop any of the Lyme disease-specific things like a circular rash on the body, arthritis, weakness of the facial muscles or meningitis symptoms, those are all specific to Lyme disease.”

Early symptoms can be treated at a doctor’s office, rather than a hospital, Nowalk said.

“But if your child is very ill and you are concerned, obviously we always encourage parents to bring them to one of the urgent care networks we run or to the hospital itself,” he said, emphasizing the seriousness of neurological symptoms.

What are the symptoms of untreated Lyme disease?

If left untreated, Lyme disease can cause more worrisome symptoms:

Quick detection is crucial to reduce the risk of more severe illness.

You think you may have Lyme disease. What are the treatment options?

Visiting your doctor for a diagnosis as soon as possible is vital; the earlier Lyme disease is found, the better. However, diagnosis can be tricky, since symptoms are similar to other health problems, and ticks can transmit more than one disease at once.

Treatment for Lyme disease includes anywhere between 10 and 21 days of oral antibiotics or 14 to 28 days of intravenous antibiotics. The type of antibiotic prescribed can depend on age and whether or not you are pregnant or breastfeeding.

Antibiotics are still the recommended treatment if Lyme disease is left untreated for an extended period of time. Depending on the symptoms, other forms of treatment can be prescribed. If you’re experiencing arthritis, for example, you may undergo some physical therapy.

If you are still experiencing symptoms six or more months after treatment, you should consult your doctor to see if your symptoms indicate a case of chronic Lyme disease. Treatment varies by patient and symptoms.

Catherine Taipe is a PublicSource editorial intern. She can be reached at catherine@publicsource.org.