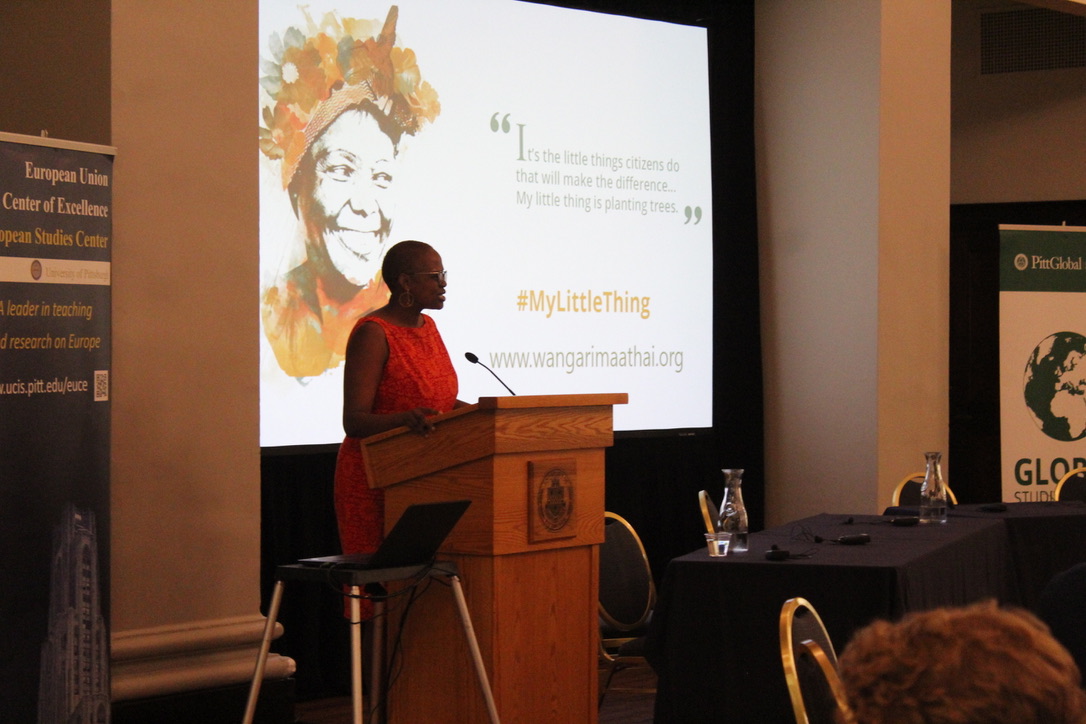 Wanjira Mathai, senior partnership advisor at wPower Hub and board member of the Green Belt Movement. (Photo by Remy Davison/PublicSource)

To more effectively and fairly address climate change, gender and sustainability, advocates propose an important solution: include women at every level of the conversation.

At a global town hall on climate, gender and sustainability, speakers from Pittsburgh and around the world described the broader harm of ignoring women and gender minorities.

“One of the ways that climate change has been understood is as universal...as agender, apolitical,” anupama jain, executive director of the City of Pittsburgh’s Gender Equity Commission, said Friday at the University of Pittsburgh. “To pretend that the effects are not differential based on gender identity is naïve.”

Müge Finkel, co-director of the University of Pittsburgh’s Gender Inequality Research Lab, elaborated on the importance of including diverse voices to reduce gender bias.

“Women tend to be the ones who are going to get the most impact of climate change as it happens,” Finkel said. “They’re also the least able to participate in decision-making... It should alarm us because women’s knowledge is not part of the decision-making.”

Finkel linked the issues of gender and climate migration. She argued that climate migration will happen; right now, it’s just a question of scale, and it will have a serious impact on the communities that migrants leave. In developing countries, Finkel said, women also make up large portions of the agricultural workforce.

Speakers repeatedly emphasized the need for activism that starts with residents. “It has to come from the bottom,” jain said. “You have to start from the grassroots… because people know what’s wrong in their neighborhoods.” jain cited pollution and waste collection as two local issues where residents have contributed their knowledge.

Mathai explained that her mother, Nobel Peace Prize winner Wangari Maathai, was inspired to start the Green Belt Movement by rural Kenyan women who came to her with concerns about clean drinking water and malnutrition. Mathai emphasized that putting the tools of climate advocacy in the hands of rural communities, particularly rural women, is important for environmental conservation and gender advocacy. 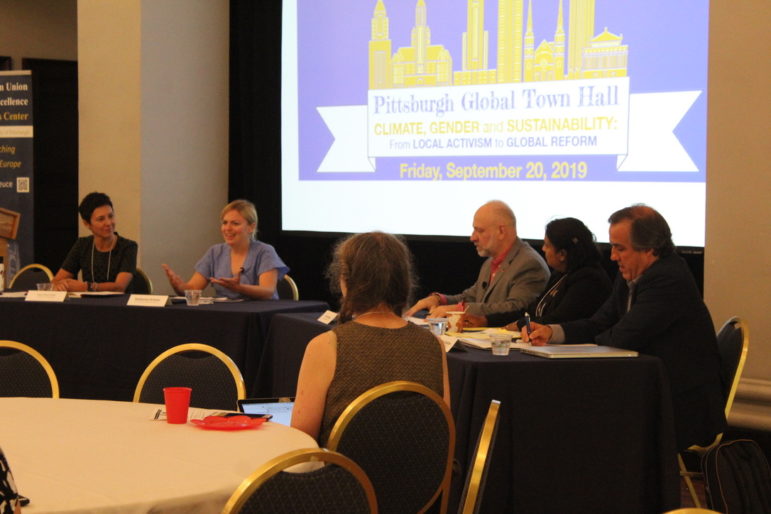 Mathai explained how the Green Belt Movement mobilized rural women starting with tree planting. In her view, the success of the movement showed these women the kind of political impact they can have in their own communities.

“I guess you can say the power of the Green Belt Movement began to expand beyond just an environmental movement to an empowerment movement,” Mathai said. Issues of trauma, disempowerment and disengagement were tied to the women’s own agency to see the spectrum of issues they can influence.

Speakers also explained the need to advocate for sustainable policies at the community level, while also looking at solutions globally.

“We have to envision how a global working-living political system can look like,” said Katharina Schulze, a Green party member of Bavaria’s state parliament. Schulze argued that one way to do this is to mobilize your local community through demonstrations or by putting political pressure on your governmental representatives.

Remy Davison is a PublicSource editorial and visuals intern. He can be reached at remy@publicsource.org.